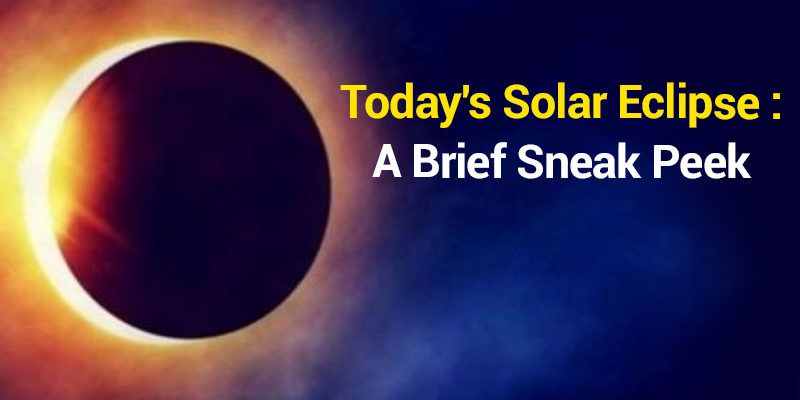 It’s just a matter of a few hours and the year’s first solar eclipse is about to take place. Solar eclipse is considered to be an extremely important phenomenon. In the times of Corona, this celestial phenomenon was capable of bringing many changes to the country, world as well as the lives of individual human beings.

Now, without any further ado, let us discuss each and every important fact associated with this eclipse.

Best Astrologers On Call Reveal Everything About This Solar Eclipse and Its Impact On Your Career, Finance, Health Etc.

Sutak Kaal : It’s Significance & Things to Avoid During The Period

The next question which arises in the mind of readers is what exactly is this Sutak period? In reality, the Sutak period is the time period before any eclipse takes place. Astrologers consider this time to be inauspicious and therefore during this time some special tasks are forbidden and also some works have been prescribed which can reduce or remove the ill effects of Sutak period and eclipse from your life.

Apart from this, readers should also be informed that according to the Panchang, its Sutak is considered for four hours(Prahars) before the solar eclipse. There are eight hours (Prahars) in the Panchang from sunrise to sunset. Therefore, the Sutak period begins exactly twelve hours before the eclipse occurs in a solar eclipse. This period of Sutak ends only after the eclipse. If you want to know what you should and should not do during the Sutak period of solar eclipse, then click here to read our detailed article.

Solar eclipse is considered very important and special anyway. In such a situation, many things are coinciding to make this solar eclipse even more special and important this year. As Vat Savitri is being fasted on this day, which also happens to be Jyestha Amavasya and after 148 years, a special coincidence of Shani Jayanti is also being made on the day of solar eclipse.

In such a situation, the conjunction of all these things will definitely have some effect on our lives. If you want to know the effect of this special coincidence of solar eclipse on your zodiac on the occasion of Shani Jayanti, then read this special article by Acharyaa Vinnie Arora.

Impact of the Year’s First Eclipse on Country, World & All Zodiac Signs

In astrology, the planet Sun is considered to be the significator of one’s soul and health. In such a situation, the eclipse of the Sun cannot be said to be favorable, especially when the whole world is under the threat of the second wave of CoronaVirus. India is still trying to recover from the second wave in some way and experts have warned of a third wave. has given. In such a situation, the occurrence of a Solar eclipse during this time can become the reason for an escalation in the outbreak.

Along with the global pandemic, there is a strong possibility of the occurrence of war-like situations with neighboring countries due to this eclipse. To know the detailed effect of this eclipse on the country and the world, read this special article by Acharya Mragaank.

Things to Keep in Mind About the Eclipse

These Zodiac Signs Should Remain Careful

The first solar eclipse of the year, occurring in just a few moments, will take place in Taurus on the day of Jyeshtha Amavasya. This eclipse is expected to have a special effect on the natives of Cancer, Scorpio and Leo. If you are registered with any of these zodiac signs, then read this article to stay careful and alert and reduce the ill effects of this eclipse.

Not only paying homage to the Lords, there is also a special importance of donation/charity on this day. It is said that by donating after the eclipse, a person can reduce, eliminate or remove the ill effects of the eclipse from his/her life. In such a situation, what all is favourable to donate as per zodiac signs.

Once the eclipse ends, the Sutak period also ends with it. In such a situation, experts say that, after the eclipse ends, one should purify the house thoroughly with Gangajal and after taking a bath, Puja should be performed. By doing this, the effect of the eclipse reduces to a great extent. If you want to know about it in detail, then read this article by Acharya Mragaank.