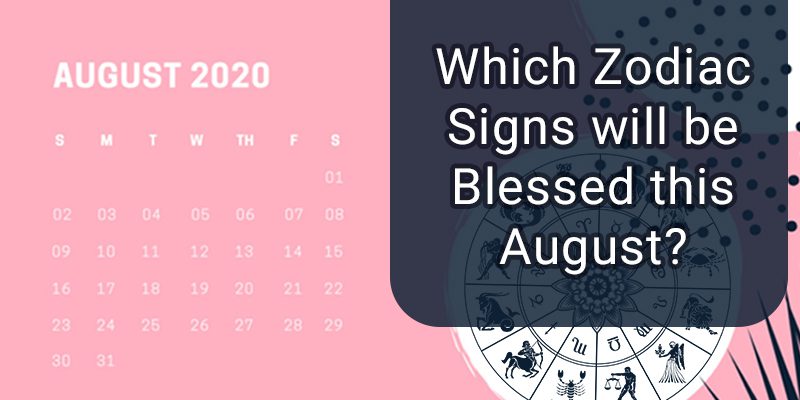 Janmashtami, the birth anniversary of Shri Krishna, who was the eighth child of Mata Devaki, will be celebrated with great pomp and show in the eighth month of this year. The month of August will bring many changes in life, adorned with many festivals and a total of five transits of four planets like Sun, Mars, Venus and Mercury. In such a situation, a question will automatically arise in your mind concerning how will all these affect your life and how will the month of August be for you? So, to know the answer to any question that is popping in your mind, click here now and get some relevant advice from our expert astrologers.

When this year started, the whole country was filled with new hopes and dreams, but no one has any notion where this year is heading towards in the aftermath of the Corona pandemic. Some people are worried about their businesses and jobs while many people are losing their lives because of the health crisis. At such a time, festivals create excitement in our lives. If we want to live life trouble and tension-free, let’s have a look at August 2020 and know what this month will bring for us?

Moreover, if you wish to know about the crucial aspects of your own life, then you can order a copy of AstroSage’s  Brihat Kundali.

Know some of the characteristics of people born in August, as well as earn complete information about all the important fast-festivals and planetary movements in this month. Also, you will find some important predictions related to the same month.

Some Special Things for those Born in the Month of August

Careers of August-born people: People born in August want to get all happiness in life and luck also supports them, so less hard work can often lead to better results. They are of free thought and give the most importance to their progress. They are talented and therefore they get work soon, but sometimes owning their will and defying waste stops them from moving forward. They can still be a good businessman, engineer, artist or teacher.

People born in August have respect in society: People born in August face ups and downs in terms of fame. They can often be of a fiery nature, due to which many a times they have to face problems, but these people remain at the forefront, helping people. Celebrities like Mother Teresa, Saif Ali Khan, Mahesh Babu, Satya Nadella, Sara Ali Khan, Tapsi Pannu, Sridevi, Nagarjuna, Sunil Chhetri, Kishore Kumar, Rajiv Gandhi, Vaani Kapoor, Chiranjeevi, Kajol, The Great Khali, Genelia D’Souza were also born only in the month of August.

People born in August have their lucky numbers as 2,5,9 and lucky colours are grey, golden and red. Sunday, Friday and Wednesday are very auspicious for them.

Detailed Information on Fasts and Festivals During August

Pradosh Vrat (Shukla) is an extremely auspicious and very fruitful fast dedicated to Lord Shiva. This Vrat comes during Shukla Paksha and Krishna Paksha in every month and is considered the best fast for the worship of Lord Shankar and his consort Parvati. This fast is usually kept on “Trayodashi Tithi”.

The full Moon of Shravan month is celebrated as the holy festival of “Raksha Bandhan”. On this day, the sisters tie a Rakhi for “Raksha Sutra” on their brother’s wrist and wish them prosperity and the brothers give them a gift and promise to protect them from all problems.

Click here for the auspicious Muhurat for tying Rakhi!

The festival of Raksha Bandhan is celebrated on the full Moon Tithi of the month of Shravan. It is also called the festival of “Kajari Purnima” in North India and Central India. On this day, charity, bathing and meditation are of special importance. If there is a malefic presence of Moon in one’s horoscope, then fasting of Shravan Purnima is considered to be the best for getting rid of it.

Every year on the Tritiya Tithi of Krishna Paksha of Bhadrapada month, Kajri Teej is celebrated. It is also called “Kajali Teej”. In some places it is also called “Saturi Teej”. It is the main festival for married women like other Teej festivals. On this day, married women observe a fast to achieve happiness and increase prosperity in married life.

To Know the Favourable Muhurat of “Kajri Teej”, Click here

Lord Ganesha is said to be the first deity one pays to, because the beginning of any auspicious work in the world is possible only with the grace of Lord Ganesha. The same Lord Ganesha is also called “Sankat Harta” and is also referred as the destroyer of calamities. “Sankashti Chaturthi” is observed to please Lord Ganesha.

(To know about the auspicious “Puja Muhurat” of Shri Krishna Janmashtami, click here)

The day of “Aja Ekadashi” is considered to be the best day of worship of Lord Vishnu as Ekadashi Tithi is very dear to Him. This Ekadashi is also called “Annada Ekadashi”. Fasting on this day brings blessings of Lord Vishnu and Goddess Mahalakshmi and all the happiness in life.

Click here to know about the pivotal time of “Aja Ekadashi”

India’s Independence Day is celebrated every year on 15 August because India got freedom from English slavery on 15 August 1947. It is a great festival symbolizing the unity and integrity of our country which every Indian celebrates.

The transit of the Sun God into Leo sign is called Singh Sankranti. “Surya” is the primary deity and is called the father and soul of the world. The movement of the Sun between zodiac signs is known as transit as well as Sankranti and is considered to be an important day.

People who believe in Lord Shiva also keep “Pradosh” fast. Pradosh fast is also observed during Krishna Paksha, which is considered to be very fruitful. Lord Shiva fulfills all the wishes of the devotees as a result of this fast.

The Chaturdashi Tithi of the Krishna Paksha of each month is known as the Masik Shivaratri. The fast of Shivaratri is also kept to appease Lord Shiva and keeping this fast helps a person to gain control over his/her senses.

Click here to get all the information related to Masik Shivratri

Amavasya that falls in Bhadrapada month is called “Bhadrapada Amavasya”. Donating and doing charity for the peace of fathers is considered very fruitful on this day.

Click here to know the auspicious time of Bhadrapada Amavasya

Hartalika is celebrated on Tritiya Tithi of Shukla Paksha of Teej Bhadrapada month. In particular, this day is considered to be a very important day for worshipping Lord Shiva and Goddess Parvati. Married women also observe “Nirjala fast” on this day. According to a belief, Goddess Parvati performed this fast to get Lord Shiva as her husband. By observing this fast, one gets good luck.

Know the auspicious time of “Hartalika Teej” according to your city

The festival of Ganesh Chaturthi is observed to please Lord Ganesha. It is celebrated every year on Chaturthi Tithi of Bhadrapada Shukla Paksha. According to a belief, Lord Ganesha was born on the Chaturthi of Bhadrapad Shukla Paksha in the mid-day period on Monday in Swati Nakshatra and Singh Lagna/ascendant, hence it is considered to be the most important Chaturthi and this Ganesh Chaturthi is named as “Vinayaka Chaturthi” or “Kalank Chaturthi”. According to folk traditions, it is also called “Danda Chauth”.

Get  information about “Shri Ganesh Chaturthi” according to your city

The second transit of Mercury planet into the Leo zodiac sign from Cancer will be on 17 August 2020, at around 08:18 and the Mercury planet will be located in this zodiac until September 2, 2020 from 11 to 52 minutes.

Transit of the Sun

On 16 August, Mars will depart from Pisces and will transit into Aries at  20:37. It will start its retrograde motion from September 10 in Aries itself and Mars will return to Pisces on October 4, by 21:55.

Some Important Predictions Related to this Month:

We hope you have liked our article. Thank you for connecting with AstroSage!