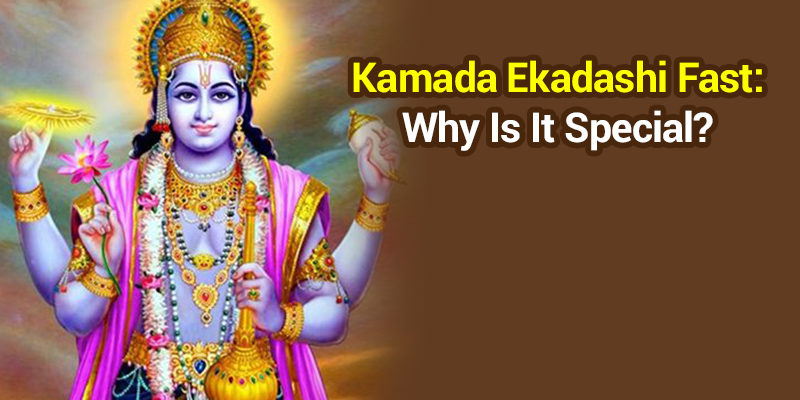 Kamada Ekadashi fast this year will be observed on 23rd April 2021, as per the Gregorian Calendar. Let us find how it coincides with the Hindu Panchang.

The Kamada Ekadashi fast is observed every year during the Ekadashi Tithi of Shukla Paksha in the month of Chaitra. Usually the Ekadashi arrives many times in a particular year but the fast of Kamada Ekadashi happens to be a special one. It is believed that one who keeps a fast on this day and listens to the vrat katha witnesses the fulfilment of his/her desires.

This is the reason why this particular Ekadashi is also known as Falda Ekadashi. The word ‘Falda’ can be translated into English as the fulfillment of desires and the word Kamada also means the same thing more or less. The mention of this fast has been found in religious scriptures or Shastras which say that it is the most prevalent fast associated with Lord Vishnu.

Note: The Muhurat timings mentioned above will remain valid for New Delhi area only. In order to know the auspicious Muhurat for your city, Click Here!

On the day of Kamada Ekadashi, Lord Vishnu is worshipped. It is believed that fasting and paying reverence to Lord Vishnu on this day provides a person with relaxation from all kinds of pains and sufferings. The fast of Kamada Ekadashi also regulates one’s mind and body and keeps them balanced.

It can also prove to be efficient to eliminate various kinds of diseases. If there are any unfulfilled desires of a particular human being then he/she can look for their fulfillment after paying homage to Lord Vishnu on this day. Many natives also believe that if one’s husband or child falls prey to a wrong company or a bad habit, then the fast of Kamada Ekadashi can help them to bring them back to the right path.

Get Some Detailed Predictions of your Life with the Colourful Brihat Horoscope Report!!

Know More About the Upcoming Festivals of this Month: Click Here

In the ancient times, a king named Pondrak ruled over a city called Ghungru. The city was also crowded with a significant number of nymphs, Gandharvas and hermaphrodites(Kinnars). Many of them used to flock to the palace of the king. The Gandharvas, nymphs and the Kinnars used to sing, dance and create an euphoric atmosphere. Amongst all the other nymphs, there used to be a special one named Lalita, whose beauty remained the talk of the town. Her husband was called Lalit and he used to stay in the same city with her. There was an immense bond of love between the two of them who used to think about each other all the time.

One fine day, when Lalit was singing in the palace for the king, the sudden thought of his wife crossed his mind and he lost control of his voice. There was a serpent named Karkat present in the court at that time, who could immediately figure out what happened. He went and told the whole thing to King Pondrak. Upon hearing this, the king felt insulted and cursed Lalit to turn into a demon. Due to the curse of the king, Lalit wandered in the other dimension(Rakshasha Yoni) for many years. During this time his wife also continued to follow him but could not watch the plight of her husband.

For Astrological Queries and Solutions, Ask a Question Now!!

Lalit kept wandering in that dimension for many years. One fine day, both Lalit and his wife stumbled upon the great sage called Hrishyamukh, who used to reside in the Vindhya mountains. Lalita immediately pleaded with the hermit to free her husband from the curse.

Upon witnessing their plight, the hermit pitied them and advised the both of them to observe the Kamada Ekadashi fast. They took the blessings of the hermit and went back to their native place and observed the fast with a devoted heart and mind. Consequently, he was relieved of this curse and he came back to his normal state after observing it successfully.

If not a Fast, then you should definitely observe the following things during Kamada Ekadashi

If you fail to observe a fast on the day of kamada Ekadashi for any particular reason then you can follow the guidelines mentioned below so as to witness the fulfillment of your due Desire and wishes.

On the day of Kamada Ekadashi, the relevence of worshipping Lord Vishnu as well as Shri Krishna is mentioned in several religious textures. By worshiping Lord Shri Krishna duly on this day, a person can acquire freedom from all of his/her sins.

Things to Keep in Mind During Kamada Ekadashi

We hope that you will appreciate this blog of ours on Kamada Ekadashi. Thankyou for connecting with us. May the Lord always shower his blessings upon you.