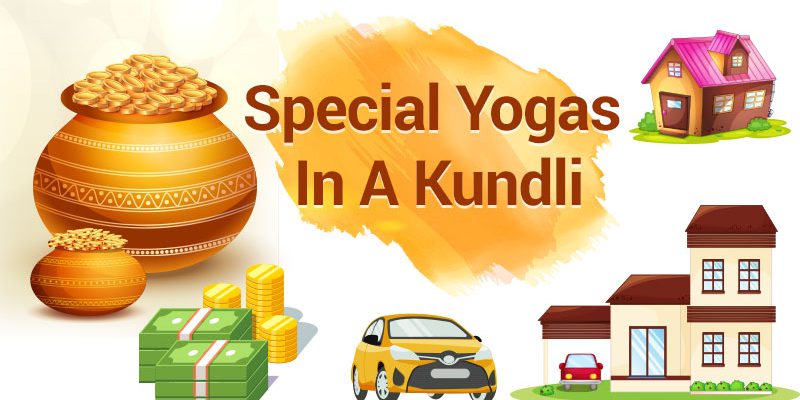 Will your Finances Remain Stable in the wake of this Pandemic Outbreak?

Will its aftermath Bring you your Fair Share of Riches?

Will Your Health Face Blows and Pave the Way for An Economic Crisis?

Ever since the pandemic has started to wreak havoc globally, most of us are seen distressed about our future and what has it in store for us? Well, the fear and trauma is natural as we are quite unsure about the upcoming days of our lives. Most of us are considering options to make ends meet not only in the present but also in the future. Well it is a scary place to be in, especially if we do not know whether life will give us lemons or lemonades.

Well, in adverse times like this, AstroSage’s Raj Yoga Report can be of great help to us. It is a special report which can help us to get a sneak peek of the future and helps us know what all needs to be done to make the future a better place for us to live in. You can know the golden period of your life with the help of this report. But what exactly is Raj Yoga?

With this blog today, we will tell you what this Yoga really is in the realm of Vedic astrology and how it can change our lives for the better.

What is Raj Yoga in Vedic Astrology?

Yogas in a kundli plays an important role in determining the life path of a native. S/He attains auspicious results when favourable yogas form in her/his Kundli, and vice versa. Amongst them, Raj Yoga seems to be the most significant. The word “Raj” means “King”, which can also be interpreted as fame, prosperity, wealth, reputation and fulfilment of desires in one’s life. The presence of Raj Yog in the horoscope of a person suggests the attainment of luxury and comfort in his/her life.

According to Vedic Astrology, a total of 32 types of Raja Yogas exist that offer status, prestige and honor to a native. The formation of such planetary yogas direct a person towards success, and help him/her with life troubles. It seems impossible for all the 32 Raj Yogas to appear in one’s kundli, however, if such a thing happens, then that person is said to rule the world, possess immense fame and wealth and stands powerful.

To wipe out the darkness and uncertainties, Get your Copy of the Raj Yoga Report Now!!

Special Raj Yogas That Can Change Your Life!

Since there are several Raj Yoga in astrology, below we have listed some of the powerful and special Raj Yogas that mark great impact on the lives of natives.

Sometimes we see a debilitated planet in a chart and it seems that it will deliver bad results but, in some special conditions, the debilitation of that planet gets cancelled and thus Neech Bhang Raj Yoga forms. In this yoga the debilitated planets deliver good results and that too leads to rise in the life of a native. There are many conditions in which neech bhang raj yoga forms. A single condition is mentioned here: If the debilitated planet is in conjunction or aspected by the planet which is exalted in the same sign. When Neech Bhanga Raj Yoga is formed in one’s kundli, that native attains success in the field of politics and administration. However, it is worth noting that the native attains success in the fields associated with the planetary lord of the house where the Yoga is formed. For example, if Raj Yoga is formed in a house ruled by the Sun, then the person attains success in politics and government jobs.

Gaj Kesari Raja Yoga is considered to be very influential. This Raja Yoga is formed when Jupiter is posited in the Kendra, i.e. first, fourth, seventh or tenth house from the Moon or both of them are placed in the Kendra. Such a person becomes a scholar and earns fame and wealth through his / her intelligence. If you wish to know if this Yoga exists in your Kundli, then you can get this information from AstroSage’s  Raj Yoga Report.

When the Trine and Kendra houses are related to each other, the possibility of Parashari Raj Yoga forming in a kundli increases. Under its influence, the native becomes wealthy, prosperous, famous, attains high designation and possession of property.

This Raja Yoga is formed when the planets Mercury, Jupiter and Venus are positioned in the seventh and eighth house from the natal Moon. Some astrologers believe that if auspicious planets are situated in the sixth, seventh and eighth house from Lagna instead of the Moon, then this Raja Yoga is created. Such a placement enables a native to develop leadership skills and do well on the front line.

This Raja Yoga is formed when Sun and Mercury are posited in the same house in a kundli. Such natives shine bright like the Sun, incur intellectual abilities due to the influence of Mercury and earn a name in the administrative field.

Get the Raj Yoga Report for a Better and Prosperous Future!!

Chamara Yoga occurs in a kundli when Lagna lord is exalted, placed in Kendra and aspected by Jupiter. Also, if two auspicious planets are conjuncted or combined in either the Lagna, seventh, ninth or tenth house, then this Raj Yoga is formed. Such a native becomes scholarly, well-versed in all arts, leads a king-like life, and attains fame and wealth.

Dhan Yoga is formed when the ruling lord of the first, second, fifth, ninth and eleventh house conjuncts, aspects or exchanges relationships with each other. Any native born under this yoga attains immense wealth, profit and becomes rich. The  Raj Yoga Report can be availed to find out whether this Raj Yoga is a part of your Kundli or not.

Akhanda Samrajya Yoga is a rare occurrence, and presents one with the gift of dominance and rulership. This yoga is formed when a powerful Jupiter rules the second, fifth or eleventh house from the Ascendant. Also, when Kendra is occupied by the ruling lord of either the second, ninth or eleventh house from the Moon, then also Akhanda Samrajya Yoga is formed. Such a native leads a luxurious life, rules over a vast kingdom and holds a high rank in the ministry or society. One of the significant examples is Lord Ram’s better half, Lady Sita.

How Raj Yoga In A Kundli Resolves Life Troubles?

The formation of Raj Yoga in a kundli is said to be an auspicious planetary occurrence, and helps to get rid of all your life troubles. Igniting a sense of positivity, the presence of Raj Yoga in one’s birth chart helps the native to plan his/her actions and reap maximum benefits during the golden period of his/her life. Performing necessary actions during the auspicious period helps the native attain his/her goals, and get rid of life troubles.

Formation Of Raj Yoga In Your Kundli

The association between Kendra (1, 4, 7, 10) and Trine (5, 9) Houses in a kundli forms the Raj Yoga. The more dense relationship between these house lords, the more powerful Raj Yoga is formed. Ascendant or Lagna is very important and considered as Kendra as well as Trine House. Raj Yoga forms in one’s kundli under the below mentioned circumstances:

To find out whether you have one in your Kundli or not, get the Raj Yoga Report Now!!

On this note, we would also like to shed some light on AstroSage’s Raj Yoga Report, which acts as a problem-solving tool for natives who are troubled by unfavourable situations and events. Revealing the golden period(s) in your life with the help of this Report allows the native to reap fruits. Also, knowing how strong is the influence of Raj Yoga in your kundli and how impactful it can be for your future gives you an edge over the others.

Astrologers at AstroSage understand the type of problems people undergo and try to relate with them while rolling out solutions. AstroSage’s Raj Yoga Report combines various aspects as well as systems of Astrology, and inculcates advanced technology to provide its users with best problem-solving solutions for a successful life. The Raj Yoga report can prove to be bright light amidst this era of darkness and uncertainty.

Let AstroSage take away all your worries, and move towards the path of success! Stay safe and stay healthy!!