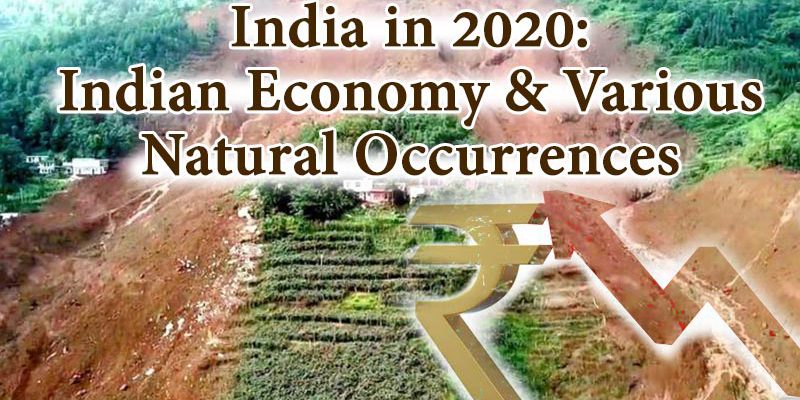 With 2019 ending on a bitter-sweet note, 2020 brings bag full of opportunities and challenges in its own way. Just like when the Sun rises and brings with itself a ray of hope, sunshine and life, in the similar manner, New Year 2020 introduces major expectations and dreams which we aim to fulfil throughout the year with new excitement and passion. Happy New Year 2020 brings innovative changes and possibilities for the country, India, as well.

2020 has started knocking on the door and Vedic Astrology helps break down major financial prospects for economic upswing and development. By analysing Independent India’s kundli and evaluating planetary transits in the year 2020, the article focuses on Indian Economy and its effect on the domestic and international trade. Also, we have churned out the possibility of natural disasters and calamities taking place and precautions to keep in mind before hand. Will India be able to move forward on economic fronts? What part of the country can be hit by natural calamities? Planetary positions and kundli analysis reveals it all!

Planetary Transits In The Year 2020

Let us first know more about the major transits in 2020 which marks major effects on the lives of all natives as well as country. Solar Eclipse will occur in Sagittarius on 26 December 2019, Thursday, and be visible in India. Here, the conjunction of Jupiter, Saturn and Ketu are visible. Amongst them, Dev Guru Jupiter has transited and entered Sagittarius on 5 November 2019 and will move into Capricorn on 30 March 2020.

After retrograding, it will again enter Sagittarius on June 30, 2020 and then move into Capricorn on November 20, 2020. At the beginning of the year, Saturn’s transit will take place in its own sign Capricorn on 24 January 2020. Also, Rahu and Ketu will also change their sign and enter Taurus and Scorpio respectively in the month of September.

When it comes to the kundli of Independent India, it has s Taurus ascendant and Cancer moon sign. With the below planetary placements, let’s see how it affects the financial and religious aspect of the country and what changes can be introduced in the coming time. 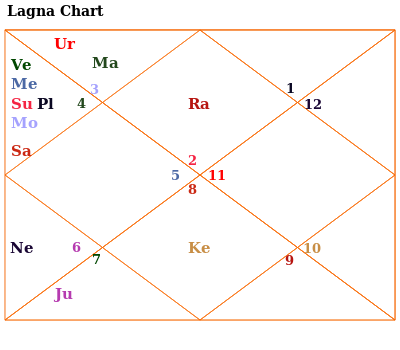 The most intriguing question in the minds of all Indians for 2020 is that in which direction will the Indian economy grow. Will there be chances of any progress and reforms or signs of downfall? Many rating agencies have also started giving low ratings to India’s economy, which is sparking rumours about India’s government heading towards financial failure. The transit of Jupiter in Sagittarius does not appear to be more favorable for the economy, hence the rising concerns. But as soon as Saturn enters Capricorn zodiac sign, the economy of the country will start picking up its pace, and rise on the world’s graph speedily.

After the transit of Shani Dev, when Jupiter transits in Capricorn at the end of March, the astrological effects will be visible, and Indian economy will rapidly grow. Defying everyone’s projections, India will progress financially, and the country’s budget will also be presented with great aspirations and expectations. There will also be a tremendous increase in the defence budget and decisions and plans affecting the general public life will also be announced, which includes decisions pertaining to health-related issues. Apart from this, there may also be a special announcement about the functioning of the country, which can be found difficult by the people to follow in the beginning but will prove to be very fruitful for the country in the coming time.

During this time, India’s trade with foreign countries will grow, and India’s native industry will also get a big boost. That is, the domestic companies will also be able to earn very good profits, due to which the economic system of the country will improve rapidly. In the public sector, the involvement of the government as well as the private sector will increase, which will result in good facilities to the common masses and financial profits for the country. Problems in real estate can also be overcome and the government can make an announcement regarding it in order to inflate the genre. The Indian Tax System will be made more transparent, which will reduce the incidence of tax evasion.

As mentioned above, 2020 can prove to be naturally critical for our country, as there are major chances of natural disasters hitting India during the time period. All of this can begin from the month of December as well. One of the main reasons is that whenever there is a conjunction of Saturn and Jupiter together, major changes are bound to occur. Since these planetary positions will form in the eighth house of India’s kundli, hence natural disasters and damages from them are bound to happen.

There will be a possibility of loss of life and property. Snowfall will frequently occur in cold areas, and cold, chilly waves will hit the areas right across the face. Conditions will get worse due to heavy rain in some places even during the winter season, which will also pose health related challenges. Natural calamities such as floods, landslides, earthquakes can occur. Although, it is more likely to happen in the Southern countries when we talk about the world, but in the case of India, these problems will be more likely to occur in the southern regions, for which necessary steps must be taken in time.

Hence, looking at the above mentioned details, we have decoded the fate of Indian Economy as per Vedic Astrology. Also, know how planetary placements cause natural calamities within the country.