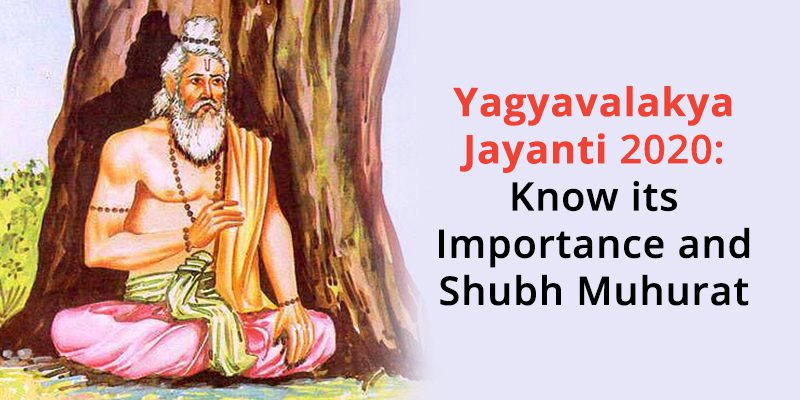 Maharishi Yajnavalkya described the holy character of Shri Ram. Find Out More Details About his Life!

Get Instant Solutions For Your Problems! Ask a Question Now

It has been said that Maharishi Yajnavalkya, that he was a great speaker of spiritual matters, as well as a great scholar. Along with being a scholar in his respective field, he was known as a religious leader and the speaker of Shri Ram Katha.

If we talk about the Shubh Muhurat of Yagyavalakya Jayanti, then it will begin at 12 :10:7 pm in the noon and remain valid until 12:57: 06 pm at night of 28 February, 2020. In such a situation, you should commemorate any auspicious activity in accordance with the Shubh or auspicious Muhurat.

On the occasion of Maharishi Yagyavalakya Jayanti, prayers, Pujas and cultural events are organised. Apart from this, people also mention the compositions engineered by Maharshi Yagyavalak( Shukla Yajurveda Samhita, composition of Shatapatha Brahmin, Brihadaranyaka Upanishad, Yajnavalkya Smriti) on this day. They embrace the preachings put forth by the great Saint and make their life happy and prosperous once again.

According to Indian ascetic traditions, Maharishi Yajnavalkya is given the highest status amongst all the saints and hermits. Apart from this, he has also been mentioned as an incarnation of Lord Brahma in many Puranas. This is the reason why he is also popular by the name of Brahmarshi.

Because of his mastery in performing the art of Yajna/Yagya, he was named Yajnavalkya. Maharishi Yajnavalkya acquired the status of an Yagnik Emperor. It is believed that he was so adept at performing the Yajna and completed them with great ace within no time.

Maharishi Yajnavalkya, the son of Brahmaratha and Devi Sunanda, had two wives. The name of his first wife was Maitreyi and second wife’s name was Katyayani. While on one side there was Maitreyi Brahmavadini, on the other hand it was Katyayani, who was the daughter of the great sage Bharadwaj.

It is believed that once the great King Janak hosted a debate and declared that whoever comes out as a supreme beholder of theology will be gifted a thousand cows, who had golden horns. You will be surprised to know that it was only the Sage Yajnavalak who took part in this competition.

Many difficult questions were shot and he answered them with utmost confidence. At the end, he was declared the righteous winner of the debate competition. As a result, the King appointed him as his mentor and advisor and looked forward to working with him.

We hope that you like this article of ours on Yagyavalakya Jayanti. Thankyou for connecting with us!!