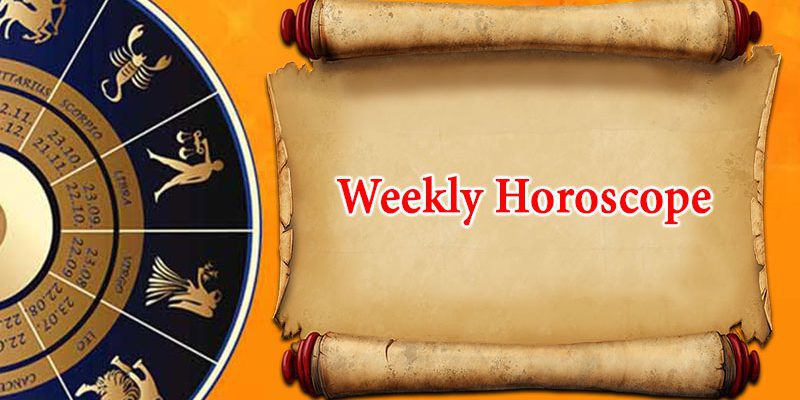 Weekly Horoscope for 15 – 21 June 2020 reveals how this third week of June turns out for your life and its various aspects during this Corona Era. You can connect with our expert astrologers by clicking here and get your queries regarding your upcoming future resolved.

Along with that, you can also get your personalised Brihat Kundli and understand how the position of planets, nakshatras and occurrences of several transits and eclipses can impact your life in the coming future.

AstroSage has once again brought to you a well-formatted and evaluated Weekly Horoscope for the third week of June. In this blog, you will be updated about every transitory detail, upcoming fasts and festivals based on the Hindu Panchang and celebrity birthdays. You will be told about every small and big event taking place on the basis of planetary movements, and its impact on your love life, familial life, marriage, kids, career, profession, finances, health etc, will be highlighted. This weekly horoscope is expected to prepare you in advance about all the upcoming challenges and opportunities falling in your life path amid such difficult times and suggestive remedies to put to use.

Hindu Panchang for the third week of the month of June says that the first day of this week falls on the Dashami tithi of Krishna Paksha i.e. June 15, Monday, and the last date will occur on the Amavasya or the New Moon Day of Krishna Paksha i.e. 21st June, Sunday. According to Hindu Calendar, Yogini Ekadashi Vrat will be observed on Wednesday, June 17 this week, Pradosh Vrat is on Thursday, 18 June, Masik Shivaratri on Friday, June 19, and the last festival of this week, i.e. Ashadha Amavasya on Sunday, June 21. Best wishes to all our readers.

Looking at the planetary transits of this week, some of the major planets will change their placements this week. The fiery planet Mars will transit in Pisces in the middle of this week i.e. on 18 June. On the same day, the planet Mercury will also turn retrograde in Gemini and remain in this state till the next month. Talking about the luminary planet Moon, it will be seen in Pisces on Monday, 15 June up to 27:17:58, and then move through Aries, Taurus and lastly Gemini till the end of this week. Such movements will significantly impact the lives of natives of all zodiac signs.

On the last day of this week of June itself, i.e. 21 June, the Annular Solar Eclipse will occur all around the world from 09:15:58 to 15:04:01, and will be visible in India, North America, major parts of South America, Southeast Europe, Indian Ocean, and Pacific Ocean. Since this eclipse will be visible in India, Sutak Kaal will be observed and all the necessary precautions will be carried out. Know more about Solar Eclipse 2020 by clicking here.

If we look at the stock market predictions for the third week of June, Mars will enter Pisces on the 18th, due to which a sense of inflation will be seen in the Stock Market. Mars will aspect the conjunction of Sun, Rahu and Mercury whereas Saturn will aspect Mars. Looking at the placement of planets, speculators are advised to avoid dealing with the shares of banks (HDFC, ICICI and SBI). Talking about this whole week, there will be several fluctuations seen in the market. However, with the ongoing worldwide pandemic, several unexpected ups and downs can be witnessed in the Share Market.

In this section, we highlight the names of celebrities whose birthday is going to fall in this week of June. Get ready to know the names of your favourite Indian celebrities. You can check out their kundli here:

AstroSage wishes these artists a lot of happiness and prosperity.

Aries natives will see the Moon transiting in their twelfth, first, second and third houses throughout this week respectively. The……Read More

The position of your 5th house Lord, the Sun, with Rahu and Mercury, indicates that you have to be careful in choosing…..Read More

The start of the week will see the Moon transiting through your eleventh house and will then move on to your twelfth, first, and second houses…….Read More

The position of your fifth house Lord, Mercury, with the Sun and Rahu indicates that you may hesitate a lot in conveying….Read More

The third week of June will see the Moon transiting in the tenth, eleventh, twelfth, and ascendant house of…….Read More

The transit of the Sun in your ascendant and Mars in your fifth house can make you aggressive, authoritarian……Read More

The Moon will transit into the ninth, tenth, eleventh, and twelfth houses of Cancer natives throughout this week. The…..Read More

The transit of the fifth Lord, Mars, from the eighth house of uncertainty to the ninth house of fortune……Read More

The Moon will be transiting through your eighth, ninth, tenth, and eleventh houses this week respectively……Read More

The position of multiple planets in the eleventh house indicates that there are very high chances for the single…..Read More

The transit of the Moon this week for Virgo natives will activate their seventh, eighth, ninth, and….. Read More

The transit of the two major planets, the Sun and Mars, can create problems in their relationships for Virgo…..Read More

The Moon will transit in your sixth, seventh, eighth, and ninth houses throughout this week. When the week….Read More

The position of the fifth house in pap karta yoga indicates that this week will not provide auspicious results….Read More

The luminary planet will be transiting through the fifth, sixth, seventh, and eighth houses of Scorpio natives…..Read More

The predictions this week for Scorpio lovers indicate mixed results. Initially, the transit of the Sun and Mars…..Read More

In the Sagittarius zodiac sign, the luminary planet Moon will enter your fourth, fifth, sixth, and seventh houses, respectively……Read More

The placement of the cruel planet Sun in your seventh house, and the aspect  of Mars on it, will act as a……Read More

Capricorns will host the transit of the Moon through their third, fourth, fifth, and sixth houses, respectively……Read More

This week shows a lot of promise in terms of love and romance for the Capricorn natives. The….. Read More

The second, third, fourth, and fifth houses of Aquarius natives will be occupied by the luminary planet……Read More

The position of the cruel planet Sun and the malefic planet Rahu in your fifth house, and the aspect of the fiery……Read More

The planet of sentiments and emotions, the Moon will transit through your ascendant, second, third, and fourth…… Read More

The position of the Lord of your fifth house, the Moon, will remain beneficial throughout this week. As a result….Read More

Thank You For Being A Part Of AstroSage! Stay Safe & Healthy!