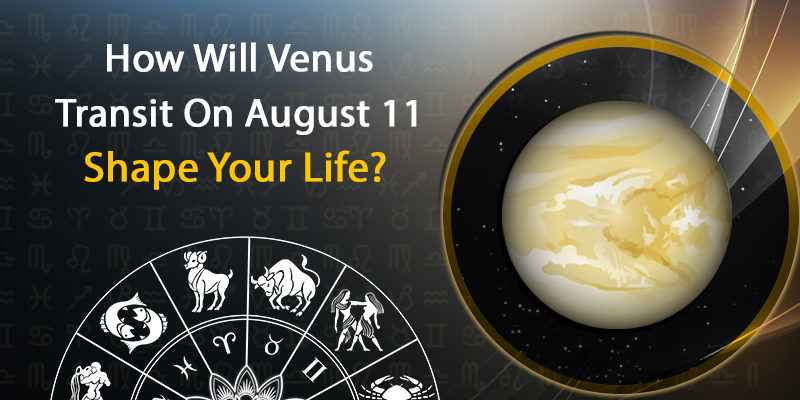 Venus is the second planet from the Sun and is considered to be the hottest planet in our solar system. It has been referred to as Earth’s twin as its size and structure are similar to that of the Earth. The planet is the benefactor of love, beauty, romance, music, attraction, etc. In addition to this, it is the ruling lord of Taurus and Libra zodiac signs. It is exalted in Pisces while debilitated in Virgo.

Venus is the representative of values, including your relationship with finances and worldly pleasures. If Venus is placed in a strong position in one’s horoscope, they remain successful in having a beautiful married or love life. Besides this, they have a tendency of leading a luxurious life. If the same planet is in a weak position, it causes skin problems, differences between lovers or married couples, etc.

Now, let us move forward and understand the impact of this transit on the people of all zodiac signs.

Venus, the lord of the first house and sixth house will be placed in the fifth house during this transit period…Read More

The lord of the fifth and twelfth house will be placed in your fourth house during this transit. You may feel aloof…Read More

Venus owns the second house and ninth house of Virgo and will be placed in its first house during this period. You will be critical…Read More

The Lagna and the eight-house lord will be transiting in the twelfth house for Libra natives. During this period…Read More

The fifth and tenth house lord will be placed in the ninth house of faith, religion and luck. The students…Read More

At this time, Venus the lord of the fourth and ninth house will be positioned in Virgo or the eighth house…Read More

At this time, the planet Venus, which owns the lordship of the third house and eighth house will be placed in…Read More