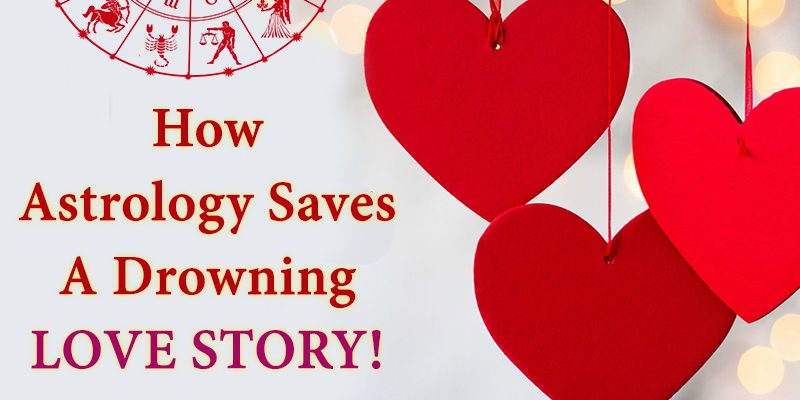 Valentine’s Week is the week of love and romance, where people in love leave no stones unturned to make everyday special for their beloved. Love is a very beautiful feeling in the world, and no person has remained untouched by its magic. Everyone wishes for someone who can take care of her/him, accept her/him for what she/he truly is, and support her/him in every high and low. Finding such a person is like a cherry on the cake, thereby making life sweeter in every aspect.

Love & Romance Report is one such guide that helps us direct our boat of love on the right stream, and reveals the steps to be taken in order to lead a smooth life with the partner. I was not really an avid follower of astrology myself, but taking into account how this report has answered all my doubts correctly and gave me a solution to fix my relationship, I won’t really deny the impact of planets, stars and nakshatras on our lives and its multiple aspects.

Let me explain by narrating my life experience where this report became the last door for me to knock. With love in the air these days since it’s Valentine’s Week, I am reminded of the time when my love life was undergoing challenging situations, and things became quite critical for me to even handle.

It was sometime back around 2012 when my partner and I were constantly fighting over small issues and stretching them over days. Things had gotten so bad that days would pass by without any of us initiating any conversation. Any kind of communication between us would just worsen the situation further, and blaming each other became a part of our relationship. With such situations, I failed to focus on my work, health and well-being. My family witnessed my deteriorating condition and behaviour and would constantly remain worried. This whole scenario even impacted my partner so badly that he became aggressive and would impulsively react during an argument. At times there were hints of jealousy and mistrust, that acted as a fuel to the fire.

In such a case, I sought advice from my close friend, Megha, who is an enthusiastic follower of astrology and reads books and columns on a regular basis. Apart from giving suggestions regarding how I can make things better, she asked me to try and opt for an astrology consultation, since she believed that stars, nakshatras and planets play a major role in our lives and influence every aspect in some different way.

In a quest to save my relationship from any kind of further damage, I considered her advice, and contacted an astrologer she referred me. Although I was not really keen on consulting an astrologer for my issue, I didn’t want to leave out any option or regret later. During my consultation, the astrologer asked me my birth details and created my kundli. He asked me several questions about my life, my past, my love life and relationship, and even answered some of my questions regarding my past.

During the session, the astrologer informed me about the fifth and seventh house in my kundli, that signifies love and marriage respectively. Whereas in terms of planets, Venus, Jupiter & Mars are the ones responsible for creating a favourable or unfavourable dasha. Turned out,

As a layman, I have always thought of Rahu as a destructive planet. However, with these evaluations, I got to know how it has impacted my love life and relationship and created a mess in my personal life. The astrologer told me how my actions and reactions were influenced by Rahu and its Dasha, and what all destruction was done from both sides that led to such a state.

Everything he said was true, and it blew my mind seeing how such positions of the planets had created a crack in our relationship. He referred me the “Love & Romance Report” to get a detailed insight about my case. Getting this report opened my eyes, as it gave me a precise perception of how my love life had been impacted, and what could have been done to avoid such instances. It helped me understand my behaviour and traits, as to how impulsive or neglecting I can be, how anxiously I can act in worse situations or how hesitant I become when it comes to approaching any issue, and gave me the right direction I needed to fix my issues

With Love & Romance Report, my beliefs in astrology have strengthened. Following those steps and remedies have helped me fix the long-standing issues, and with conditions taking a positive turn, my relationship actually got better and converted into marriage!