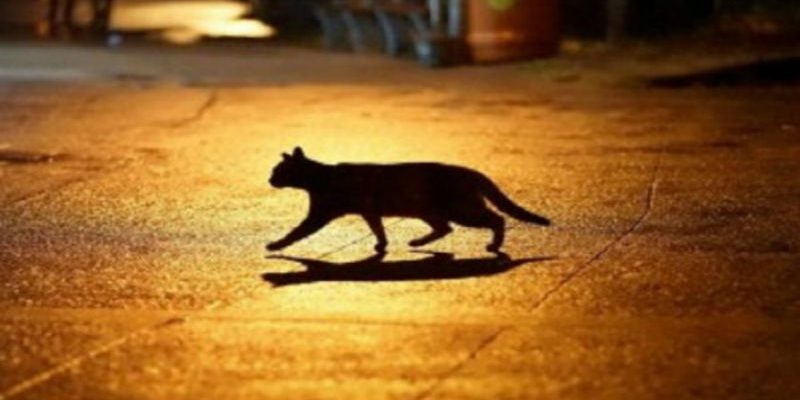 Why a black cat crossing your path is considered inauspicious in many culture? Why don’t people cross that very same path? Various kinds of questions related to this must have popped inside your mind numerous times. Actually, many people widely believe in good and bad omen, which you can observe around you as well.

Beliefs such as waiting for some minutes when someone sneezed right before commencing the task or any cat has crossed your path, not looking back when completing any auspicious task, not going in three-s for any auspicious thing etc. These things affect us mentally, but do we know the real reason behind these beliefs? Let’s explore this side with these top 6 beliefs around the world:

Cat Crossing The Path Is An Astrological Mystery

As per Vedic Astrology, planet Rahu is the significator of cats, which is considered as an inauspicious planet. With the malefic effects of Rahu, a person has to suffer from many challenges and unfavorable situations. Also due to Rahu Dosh, a person suffers from physical pain and deformities. Similar is believed in case a cat crosses the path. Some believe that the cat’s sixth sense is developed, which is why she is able to foresee the future.

A Crying Cat Isn’t Lucky At All

Any cat crying isn’t considered a good omen, as it denotes bad circumstances heading your way. Two cats fighting isn’t even considered a good sign, as it indicates loss of money, finances and friendships. In case a cat jumps above one’s head, it is also considered inauspicious.

Arrival of A Cat on the Night of Diwali is Auspicious

If a cat comes to your house on the night of Diwali, it is said to be an auspicious omen. This indicates the arrival of Goddess Lakshmi in the house. There is an increase in prosperity within the house.

Sneezing in this Situation can also be Lucky!

Why Number 3 is Considered Important

Many people consider the number 3 inauspicious. This number is very influential and mysterious in itself. This number is very important in religious terms. There are three worlds, named the Sky, Earth, and Underworld. There are three Gods who have created, destroyed and maintained the world- Brahma, Vishnu and Mahesh. The number 3 is important from astrological perspective as well. If the three planets Sun, Moon and Jupiter are strong in birth chart then they can make the life of a person successful.

Why Should We not Look Back When Returning from Cremation Ground?

One of the interesting beliefs is that we should not look back after returning from cremation ground. It is said that doing such thing might not let the departed soul to give up the affection towards his/her family and s/he wanders in the hope of some attachment. On the other hand, seeing backwards also means that there is an attachment between you and the late person, which attracts the soul of the late person.

Hope you liked this article. If you want to give feedback about this, you can send us your opinion on the comment box below.