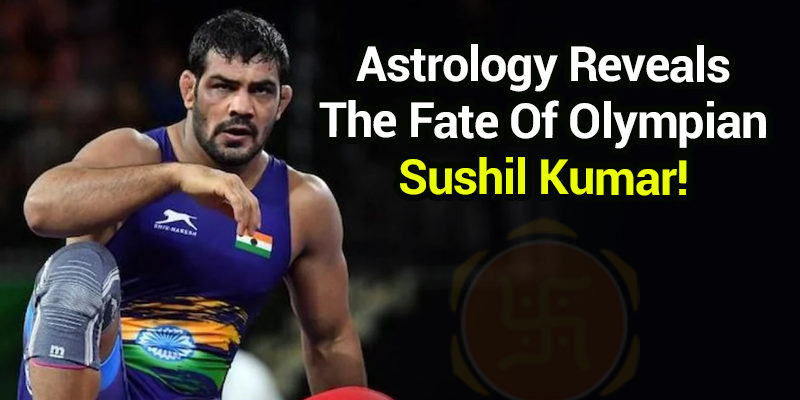 Decorated Olympian Sushil Kumar has come a long way in his life, from making India proud internationally to becoming the main accused in the murder case of Wrestler Sagar Dhankar, time seems not to favour him. Young minds idolize him for being one of the only few to win medals at the Olympics but are devastated at this grave news and incident that just took place. Under extreme circumstances, he has also absconded the scene and gone underground, thereby putting his goodwill and honour he had earned at stake. On this note, our expert astrologer Acharya Raman has rolled out an astrological approach to the current scenario and predicted some of the possibilities that can shape his future.

What Astrology Has To Say About Sushil Kumar’s Future?

Sushil Kumar the Olympian is absconding. Delhi Police have now announced a reward of 1 lakh rupees on his head for whosoever reveals the details about his whereabouts. Someone asked me when he might be arrested. I took the number 10. Below is the horoscope.

The ruling planets at the time of judgment are:

Moon today is transiting in the star of Mercury in the first quarter, it will then go in the star of Ketu which is in the 8th house in the horoscope. But the Moon is aspected by Saturn which shows delay. It seems that either there will be some sudden progress in the matter in the coming 36 hours or it will be postponed till 23rd May, afternoon around when the Moon will be in the star of Mars and in the sign of Mercury.

His career will take a hit and he will not be able to do much in case he is being sentenced to imprisonment. He is absconding itself is a commitment to crime in common logic. So we will have to see what the court and police will be doing after his arrest. Let us hope there is justice delivered without delay.

For more information, talk to Acharya Raman over a call or text!

Thankyou for connecting with us!