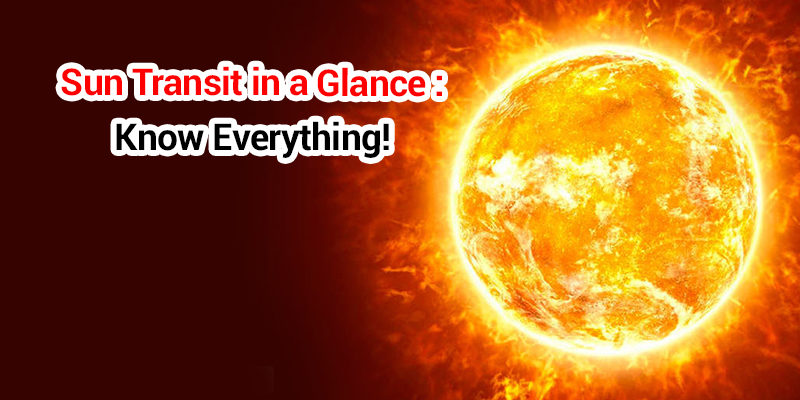 The Sun is considered to be an epitome of the renewable reservoir of energy and truth – the immortal source of power. Its warmth, energy, nature and power generate a greater impact on all beings than other planets. As we all know, the second wave of Corona Virus has come to a halt, but speculations and conjectures about the third wave are all over the horizon.

In such a situation, the ruler of all the Navagrahas, the planet Sun is making it’s transit on the 16th of July. It will be moving out from Gemini, only to enter Cancer and this major event can change the fate of India, world and very well the individual lives of natives.

Since it is considered to be one of the most powerful planets, its transit in Cancer is expected to bring major transformations worldwide amid the ongoing world crisis.

In the realm of astrology, the Sun‘s position is considered very important. Its favorable placement brings name, fame, vitality and power. In mundane astrology, it represents the government and administration. It can generally have the capacity to change the lives of natives for good.

Now, before moving on to the details about the Sun transit occurring shortly, let us take a note of all the dates and timings of Sun transit for the year 2021.

The transit of Sun in Cancer will be in the third house according to the horoscope of independent India, which will increase the courage and might of India. Health will increase. The benefits of government schemes will reach the people and for this the government will make a lot of efforts. India will talk like a king to the neighboring countries and try to build good relations and show strictness where necessary.

Government schemes can be announced. Certain rules will also be strictly followed. India’s name will be there in this direction and India will be heavy on the opponents.

Moon Signs Who Are Likely To Get Lucky

This transit will be immensely beneficial for Taurus, Gemini, Virgo, Libra and Scorpio natives. They are likely to get tremendous success in all their endeavors and tasks during this cycle. They are also likely to witness professional growth coupled with monetary benefits during this transit. Also, this transit will provide the natives born in these signs with immense courage, motivation to pursue their goals and ambitions. They will witness full support from family, friends and will see rise in their social status during this transit. Also, on the health front, they will be rejuvenated and full of vitality and enthusiasm.

These Moon Signs Need To Watch Out During This Transit

The natives belonging to Aries, Leo, Sagittarius and Capricorn natives need to exercise caution and awareness during this transit. Any decision taken hastily or in aggression will bring in losses and grief for the people born under these signs. Also, they need to take full responsibility towards their health during this cycle of the year. Staying away from stress, avoiding dependency on others and imbibing a positive and optimistic belief system will help you get better results from this transit.

Astrological Remedies To Appease The Sun

If you wish to appease the Sun, then you should follow the prescribed remedies-