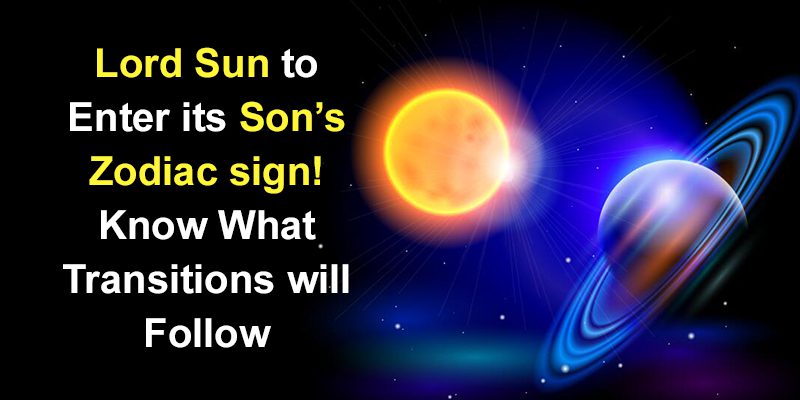 Sun is entering the zodiac sign of its son, Capricorn. The King of the Solar system will bring many major changes. Keep reading to know more about this transit.

The Soul of this Universe and the one who provides energy to its inhabitants, the planet Sun is visiting the zodiac sign of its son. Yes, you have read it right. Those of who are not aware of this cosmic connection should know that Sun’s transit is taking place in Capricorn, which is marking the beginning of the Uttarayan period. 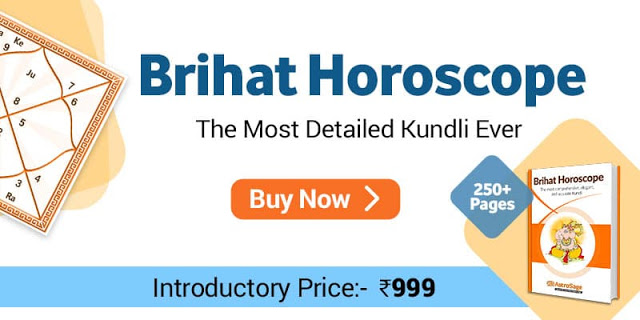 The transit of the Sun always has a unique importance as it is also the indication of the change of seasons. The Sun’s transit is also known as Sankranti and when it moves into the zodiac sign Capricorn, it comes to be known as Makar Sankranti.

Surya Dev or the Sun God who provides healing powers to the Universe will move out from its friend Jupiter’s zodiac sign, Sagittarius on Wednesday on 15 January, 2020 at 1:54 am in the morning and take nest in its son Saturn’s zodiac sign, Capricorn. It will remain posited in the same sign until 13 February, 2020.

Generally, the Sun’s transit in Capricorn takes place every year during the month of January. But in this particular year, the Sun’s transit is giving birth to some major coincidences. When Sun will enter the zodiac sign Capricorn, it will already be under the occupancy of Mercury, which will lead to the formation of Budh Aditya Yoga. Most importantly, after a period of 30 years, the planet Saturn will move into its own zodiac sign on 24 February and this is the time the grand conjunction of father and son will take place.

According to Vedic astrology,  it will be considered to be an eccentric Yoga as the Saturn’s presence in its own zodiac sign after so many years will increase the influence of this planet and its conjunction with its father will generate a wide range of influences for the general public as well as on a national and international level.

Unique Combination of the Soul and Actions

This transit will be unique in many respects, as on the one hand the Sun is said to be the ruling Lord of one’s soul, while on the other Saturn is hailed as the significator of one’s Karma or actions. In such a situation, the conjunction of both of these planets will also witness an amalgamation of one soul and actions, because of which natives will be able to acknowledge their actions in this duration. At the same time, they also can contemplate about certain wrong tasks committed in the past and try their level best to obtain redemption to keep themselves sinfree in this lifetime.

In reality, this time period will prove to be quite crucial as Shani Dev or the planet Saturn will enable you to come into terms with reality and also generate self-realization qualities in you. As a result, you will get the necessary support to set foot on the right path life if you have been moving on the wrong path so far. There will also be some crucial changes in your life, which will transform your personality into a more mature one. Since the sun is transiting in the zodiac sign Capricorn, you should learn to respect your elders as it is the prerequisite for you to climb the ladder of success.

Impact of this Transit in India and the World

If Sun is the significant factor of royalty and government, then at the same time Saturn is the governing planet of democracy and its subjects. In such a situation, the Sun’s conjunction with Saturn will bring some major changes for the country and the world.

In the Kundli on birth chart of independent India, this particular conjunction of Sun and Saturn along with Mercury will take place in seventh house which is also the significator of foreign trade ventures. Apart from this, this particular house is also taken into account to study about a country’s national as well as international relations,  entertainment appliances, relations with common public and business equations. The seventh house is also known as the house of foreign embassies, relations with foreign countries, world wars and conflicts. Considering all of these calculations, conflicting situations can get formed in the country as well as in the world which will have a profound impact on the common masses.

India’s foreign ministry will reinterpret it’s relations with many countries and try to establish relations with many new nations, but some old partners may be left behind. The government of the country may face heavy opposition or come into terms with tensions. There may be a new deal related to Oil and Gas.

If we talk about the world, then tensions and war-like situations are likely to get formed between the powerful nations of the world. The presence of Mercury will give birth to some problematic rhetoric(since Mercury is the governing body of speech and communications skills) , because of which nations can keep blaming each other in this time period. The Sun rules over the eastern direction, at the same time Saturn is the governor of the the Western direction. In such a situation, the eastern and the western countries can make attempts to degrade each other. However, such conflicting situations will come into effect for a very short duration of time and to keep them under control, the concerned nations should behave in a regulated manner

Remedies to Obtain the Endowment of the Sun

The strong presence of the Sun in one’s Kundli or birth chart paves the way for success in the government sector. At the same time, it is also the benefactor of a sound and safe health. Keeping all of these in mind, we have given a list of remedies to be observed, which can improve the Sun’s position in your kundli.

Makar Sankranti Celebrations on the Day of Sun’s Transit

The Sun’s transit in Capricorn marks the arrival of spring. As soon as planetary movement takes place, the happiness of natives know no bounds as it coincides with some special festivals. Some call it Makar Sankranti, while others celebrate it as  Pongal and  Uttarayan.

The festival of Pongal is specially celebrated in the Southern part of India. It happens to be the primary festival of Tamil Nadu where the grand festivities of Pongal takes place. Not only this, Tamilians who are residing in various parts of the world like Sri Lanka, Canada, America and many other countries also enjoy this festival in a joyous manner.

The Sun’s movement towards the Northern direction is known as Uttarayan. The same Uttarayan also begins with the planet Sun’s movement into the Capricorn zodiac sign. Specifically speaking, Uttarayan as a festival is celebrated in the states of Gujarat and Maharashtra. This day is considered the best to take a bath in  holy rivers and initiate auspicious activities. It is also believed that upon attaining death in the duration of Uttarayan, one attains salvation and this is the very reason why Bhishma Pitamah also sacrificed his life during the Uttarayan period in the great age of Mahabharata.