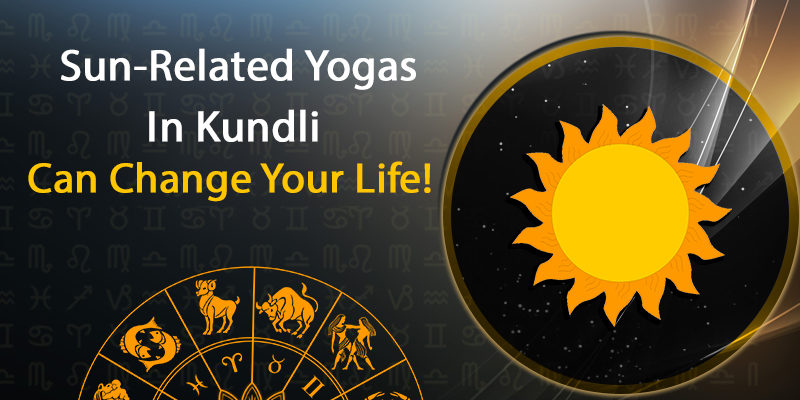 The planet Sun, which is regarded as the source of energy and light, is worshipped as the Surya Dev or Lord Sun in Sanatan Dharma. Apart from this, special importance has been given to the planet Sun in Vedic Astrology and it is considered to be the best among all other planets. In such a situation, let us know why this planet is considered significant in Vedic Astrology? Why is it given so much importance from a scientific point of view? Is there any possibility of problems arising due to the weak Sun in the horoscope? What are the auspicious yogas formed by the Sun in the Kundli, as well as tips and remedies to please and strengthen the Sun for a successful professional career.

In Vedic Astrology, the Sun is considered the benefactor of the Soul. Apart from this, the Sun is also considered a representative of the Father or Father Figure. Talking on the basis of astrology, the placement, auspicious or inauspicious, of the Sun in a native’s kundli determines his/her relationship with his/her father. Apart from this, Sun has also been hailed as the benefactor of success and respect in the horoscope. Those people whose Sun is posited in an auspicious position in their horoscope attain success in their life. Let us know the important astrological facts related to the planet Sun:

Know The Implications Of Sun Present In Your Kundli: Call & Avail The Services Of Our Esteemed Astrologers

Impact Of The Sun On The Mankind

We remain energetic based on the strength of the Sun’s energy. Apart from this, the existence of the planet Sun is significant in establishing balance in the ecosystem. According to astrology, if the planet Sun is present in the Ascendant or Lagna of the kundli of a native, then such a person has a round and big face, and at the same time, such people have a wonderful personality. If the strong Sun is present in the horoscope, then such natives are courageous and achieve all the goals in their life. The life of such people remains full of happiness and they are kind in nature.

On the contrary, people who have an afflicted Sun in their horoscope are egoistic in nature and the anger of such people is considered their biggest enemy. They are unable to fulfil any of their goals or projects, and such a person gets depressed about every little thing in life. Due to the afflicted Sun, a person becomes self-centred, due to which his/her reputation also starts to decline.

Expected Results: Due to the auspicious effect of Veshi Yoga, a person becomes very wealthy along with being a good speaker. The life of such people may have begun in difficulty but later they attain success, wealth and prosperity.

Expected Results: Due to the impact of this yoga, a native becomes successful in earning luxuries in his/her life. Also, such natives are intelligent, knowledgeable and wealthy. In his/her life, s/he travels a lot abroad and achieves success by going far away from home.

Expected Results: With the effect of this yoga, a person reaches heights in his/her life and attains fame and success in whatever field s/he belongs to. Also, people who have this auspicious yoga of the Sun present in their horoscope are able to get out of every situation and occupy big positions in politics and administration.

Planetary Conjunctions With The Sun & Their Impact

Diseases Caused By A Weak Sun

According to astrology, all the nine planets or Navagrahas incur both auspicious or inauspicious impacts on a person’s life. If a planet is in a strong position in a native’s kundli, then the person related to that planet gets auspicious results, while on the contrary, if a planet is weak, then the person has to face bad or negative results. One of these consequences can be major health problems or diseases. You may find it strange to hear, but whatever minor or serious diseases a person suffers from is somewhat related to the nine planets and their impact.

Know that when a weak Sun is placed in a kundli, a native can become prone to some diseases. People whose Sun is weak or inflicted in their kundli may suffer from eye-related problems, head-related problems or bone-related diseases. Not only this, in many cases, heart diseases and diseases related to the digestive system due to a weak Sun can also trouble a person for life.

Strengthen The Sun In Kundli For Professional Success