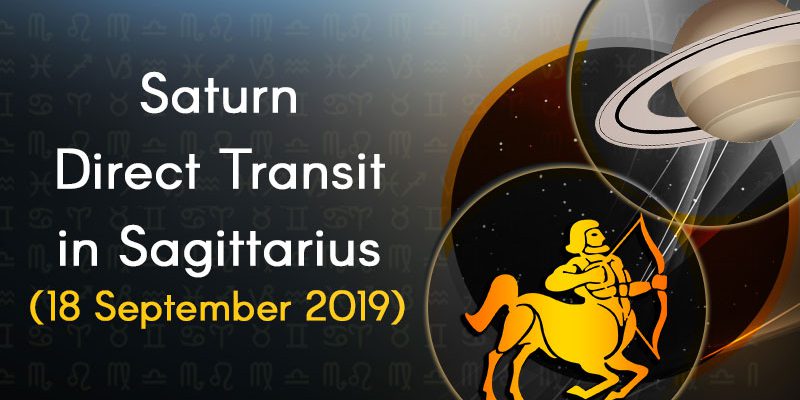 Discover the changes about to enter your life with the end of Saturn retrograde. Additionally, know how a strong or afflicted Saturn affects the natives.

Of all the nine planets of the solar system, Saturn is considered to be the most important one. In the realm of astrology,  it is believed that this particular planet is our KarmaPhal Data( one who gives the fruits of your Karma or actions). While talking about the field of astronomy, it can be said that Saturn occupies the sixth position from the Sun and it is more than 95 times larger than our planet Earth. It has been believed that people have learnt enough about planets and Nakshatras during the ancient times, which is why they find a significant place in most of the religions. According to the ancient Roman Legends,  Shani Dev or the planet Saturn is hailed as the lord of agriculture of farming. Meanwhile, ancient Chinese and Japanese civilizations worshipped Saturn as the ruling Lord of land and stars. As per Hindu astrology and Shastras, Saturn is the determiner of our actions as it is the KarmPhal Data. Thus, it produces both positive as well as negative results. It was given the status of Suryaputra or the Sun’s son by Indian traditional astrology.

Read More about the Beej Mantra associated with Saturn

In the realm of Jyotish Shastra or astrology, Saturn is considered to be one such planet which can change the fortune of human beings instantly. Due to its impact, a king can turn into a beggar within no time. If royal position holder gets involved in unlawful tasks, then Saturn can turn him into a beggar to tear apart his/her arrogance. At the same time, if a beggar works with diligence, then no one can stop him or her from hitting the jackpot and striking gold. If we talk about Vedic astrology, then Saturn is the significator of science, Technology,  oil mines, happiness, diseases, life expectancy, pain and many more. Aries is its debilitated sign, while it remains the strongest in Libra zodiac sign. Its Dasha or period goes on for about a period of seven and a half years in one’s Kundli, which is why this period is also known as  Shani Sade Sati . It remains posited in one zodiac sign for a period of almost two and a half years. According to the Kaal Purush Kundli, the planet Saturn has authority over Capricorn i.e. the tenth and Aquarius, the eleventh zodiac sign. Along with this, it also governs over the Pushya, Anuradha and Uttara Bhadrapad  Nakshatra. In the realm of astrology, Shanidev is also sighted as the judge of the three worlds. Due to the influence of Saturn, one’s speed in accomplishing any task may get slowed down. However, if the deeds are done honestly then positive results come into the forefront. As a result of Saturn’s influence, an individual likes to spend time in solitude.

Get your Free Birth Chart Here

As per the Shastras and astrology, if the planet Saturn remains exalted in one’s birth chart, then he/she remains at the receiving end of positive results. Such an individual remains focused towards his/her goals. He or she also never takes a step back in speaking against injustice. As it has been mentioned above,  the planet Saturn remains exalted in Libra. Hence, if it remains in the Libra sign of any native’s birth chart, then such a person adorns a calm demeanor. On the contrary, if the planet remains debilitated, then many problems may stand in your path of success. In order to curb the malefic effects of Saturn, it is advised to observe the remedies associated with Saturn. The successful observation of the remedies helps to please Saturn and his blessings are also obtained in the due process.

When the planet Saturn ceases its retrograde motion and resumes a direct state, then natives remain at the receiving end of prosperous results. Saturn is hailed as the Karam Fal Data(one who gives the fruits of your Karma) , which is why natives who have worked hard to achieve success in any field will definitely get good results during this period. The concerned planet is also much known for its slow nature, so whenever Saturn moves in a retrograde motion, it causes delays in work. During this time only, individuals have to push their edges to a great extent to see the face of success. All the persistent problems come to an end very soon, when its resumes its direct state. Due to the influence of direct Saturn, many new opportunities are made available for natives and prosperity flows into one’s life. However, it also depends on the position of Saturn, whether it will pan out auspicious or inauspicious outcomes for any individual. Through this blog of ours, one can keep track of changes which are yet to take place in all the 12 zodiac sign due to Saturn direct in Sagittarius.

The planet Saturn became retrograde on 30 April 2019 and remain in the same state until 18 September 2019. However at 8:54:22 AM on the morning of 18 September only, it will start moving in a direct motion. It will remain posited in Sagittarius zodiac sign in a direct state for a period of one year.

Saturn is the Lord of the tenth and eleventh house for Aries natives. You laboured hard in the past and faced just as many challenges. Now is the time when the direct Saturn will present you with success. Fate will be on your side, and you will triumph in all your tasks, as you continuously move towards stability in life. A possibility of…..Read More

Saturn is the Lord of ninth and tenth house for Taurus natives. The hard times during the Saturn retrograde 2019 made you wise, and you will need this intellect in the times to come. As the planet turns direct, fate will slowly start favouring you, and some of your plans will also pan out. These schemes will help you…..Read More

Saturn is the Lord of the eighth and ninth house for Gemini natives. The end of Saturn retrograde 2019 will bring many positive effects in your life. Your spouse will be right by your side through everything, and so will fate. As a result, many of your pending tasks will start moving towards completion. Long-distance travels will…….Read More

Saturn is the Lord of the seventh and eighth house for Cancer natives. With the end of Sturn retrograde 2019, the planet will now make its transit in your sixth house. As a result, you will prevail over your opponents, and they will not be able to touch even a single hair on your head. You can now get rid of all your mental tensions as your physical health begins improving…..Read More

Saturn is the Lord of the sixth and seventh house for Leo natives. This is the time to live your love life completely. If there have been any problems between you and your lover, and you hurt them someway, take a step now and say sorry. Show them that you are ready to try and be true to your love. Shanidev will fill your life with all kinds of…..Read More

Saturn is the Lord of the fifth and sixth house for Virgo natives. The end of Saturn retrograde will bring you the opportunities to utilize the lessons you learned in the previous months. You understand the importance of family now and will give them your complete attention. Not only will you recognize their needs, but will also take…..Read More

Saturn is the Lord of the fourth and fifth house for Libra natives. Saturn turning progressive is an important milestone for you. In the past months, you learned to give up your laziness and carelessness to work on more essential tasks, and that is what you need to do now. Only when you…..Read More

Saturn is the Lord of the third and fourth house for Scorpio natives. You will gradually be rid of your family problems, but that does not mean that the challenges will decrease. Keeping your family united will be the biggest challenges you face. Your mother will gain excellent profits, and her health will also remain better than before. Saturn’s aspect will….Read More

Saturn is the Lord of the second and third house for Sagittarius natives. The Shani Sade Sati is still influencing your zodiac sign. However, your problems concerning your health or mental stress will start getting resolved gradually now. Your thinking will develop and everything that you learned in the past months will change your outlook towards life. In this duration…..Read More

Saturn is the Lord of the first, i.e., ascendant and second house for Capricorn natives. The planet’s current position will take you towards philanthropy and benevolence, and you will start living your life for others. You will be so busy in aiding others that you may even start giving away stuff from your share. However, through all this, remember that it does not create a scarcity in your personal needs and….. Read More

Saturn is the Lord of the twelfth and first house for Aquarius natives. As the Saturn retrograde 2019 ends, the planet will be posited in your eleventh house, which will take you towards the path to wealth, prosperity, and progress. Your plans will gain strength at this time, and you will finally attain the money that had been stuck due to some reason. Healthwise, you will feel….. Read More

Saturn is the Lord of the eleventh and twelfth house for Pisces natives. Saturn’s position is describing the path of Karma for you. Hence, you need to decide and begin working hard in the right direction. Working professionals need to buckle up and focus entirely on their job, as well as fulfil their responsibilities towards family and spouse. It may seem as if you are not receiving the results according to your….Read More