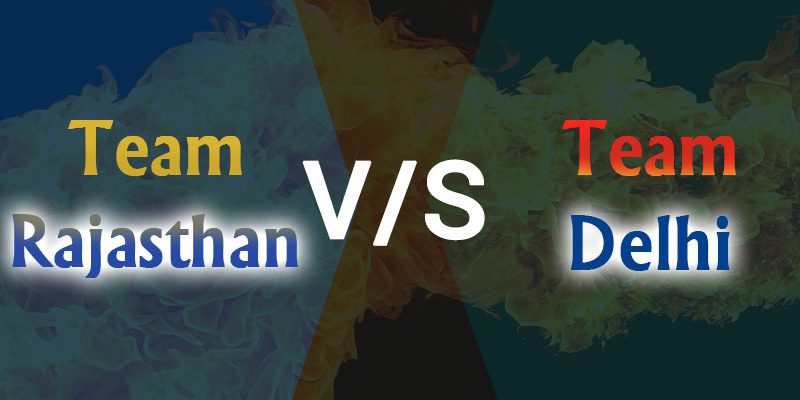 The 40th match of IPL season 12 will be played between Delhi Capitals and Rajasthan Royals at Sawai Mansingh Stadium, Jaipur. The match will begin at 8pm IST today i.e. 22nd April, 2019. Both of these teams will encounter each other in the pitch for the first time in the current season. By acquiring the second position in the points table, DC is moving forward as an unstoppable force, with amazing players like Kagiso Rabada. Rabada is the top most player to take the maximum number of wickets in the ongoing season of IPL. On the other hand, is Ajinkya Rahane with his team. Rahane is not a newcomer and has a commendable amount of experience in IPL. Although RR is back in the game after taking a break for two long years, but its performance remains under the weather. However, RR fans are still seen in the pitch cheering for their favorite team. It seems that they expect a groundbreaking performance from the team. We will find that out in today’s match as to who will take the trophy home in today’s match.

The prediction of today’s match is based on Horary Kundali. However, viewers should keep in mind that this prediction will be applicable on Rajasthan Royals only. In the domain of astrology, the ascendent house, its ruling lord, and the sixth house along with its ruling lord is taken into consideration for predictions associated with Horary Kundali. For the prediction of this particular match, we have considered the rotated version of Horary Kundali, so that it becomes Libra ascendent. It is done so because the name sign of Rajasthan Royals happens to be Libra.

Ascendent House: The ascendent house is not being afflicted by any planet. But, the Sun’s infliction from the seventh house is providing restrictions to its strength. It can be concluded that the ascendent house remains in a weak state.

Sixth House: Debilitated Mercury is present in the sixth house of the Kundali, because of which it’s position remains powerless. Ascendent lord, Venus is also negatively placed in the same house in an exalted state which will be of no help and give birth to unfavorable results. Thus, the sixth house also remains unstable in the Kundali.

Ruling Lord of the Sixth House: The ruling lord of the sixth house, Jupiter is placed in the Kundali with two malicious planets, Saturn and Ketu. In addition to this, Mars is also aspecting the sixth house which is further weakening its state. Overall, it can be suggested that Jupiter’s position is also quite weak in the Kundali.

By taking note of the astrological calculations given above, it can be stated that RR’s position may remain weak in the pitch today and DC may remain successful in taking the trophy home.

Winning Team: DC is the probable winner of today’s match.