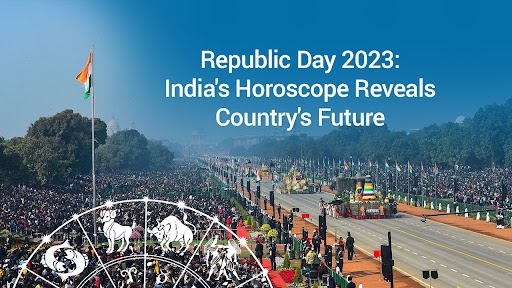 Republic Day 2023: India is the 7th largest country in the world with an area of 3,287,263 sq. km, and the largest democracy in the world. India will celebrate its 74th Republic Day in 2023, to mark the country’s 76th anniversary of Independence. The Republic Day festivities are going to be fantastic and unique. Anyhow, every Indian is intrigued, thrilled, and enthralled by the scenic beauty the Republic Day offers since it represents the history, culture and the special duty parade of our forces, planes, and weapons.

To Know More About 2023, Talk To The Best Astrologers

India has endured many trials and tribulations on its way to become a wealthy country since Independence 76 years ago. India has gone through it all, from being ruled by the Mughals to being ruled by the British. The constitution’s creation in 1950 was a source of immense pride considering the nation’s numerous difficulties. Today, on the 26th Day of January every year we commemorate this day as Republic Day. India displays its power through its uniformed forces The Indian Army, The Indian Navy and the Indian Air Force and an impeccable display of its most modern armaments. India has the second largest military force in the world and the largest volunteer army.

Following the tradition of the last 73 years, this year too the Republic Day will  draw the attention of one and all from our own people to everyone around the world. Everyone is curious to know as to what will make this Republic Day parade special. So let’s look at some intriguing information about this Republic Day through our blog on Astrosage. Also, find out what Vedic astrology predicts for India’s future in 2023. Let’s begin by knowing about the Republic Day proceedings.

India From the Astrology Perspective

The year will not start on a very good note for the Indian Economy and the prices of crude oil and certain vegetables, edible oils, etc may see sudden price hikes  but as Mars will transit to Gemini, the 2nd house of India’s horoscope in Mid March, 2023 India’s stock market will see new heights and the Indian Economy will also stabilize. Though the world will see recession coming and affecting many countries of the world but it will not affect India to a very great extent.

This year will particularly be a turbulent year for the people working in the Information Technology sector and Finance sector. There will also be an increase in the number of people who will get involved with the stock market. The budget 2023, which will be presented on 1st February 2023 may bring in some respite for the middle class and the lower middle class section as Saturn, the planet which is said to be the savior of the lower section of the society will be transiting in its mooltrikona rashi. The year 2023 will also be challenging for the business as well.

Find Answers To All Your Questions Now: Ask A Question From A Learned Astrologer

India From The Religious Perspective

Jupiter will transit in the 12th house of India’s horoscope from April 2023 which will make the people of our country indulge in spiritual and religious activities but Rahu’s presence there will have some negative effects too. There will be some people who may try to create an uproar or disturb the internal functioning of our country for personal gains under the pretense of religion. We may see more emphasis being given to the security at religious places and sites.

In the end, we would like to mention that 2023 will definitely be one eventful year for our country and its people as well as for the whole world. We at Astrosage, hope and wish people a wonderful year ahead and hope that the Republic Day, 2023 turns out to be a successful function for all of us like every other year in the past. We would like to wish each and every Indian in India and around the world a very happy Republic Day. May we all continue to excel in every field and make our country proud every single day for centuries to come.

Thank you for connecting with us!