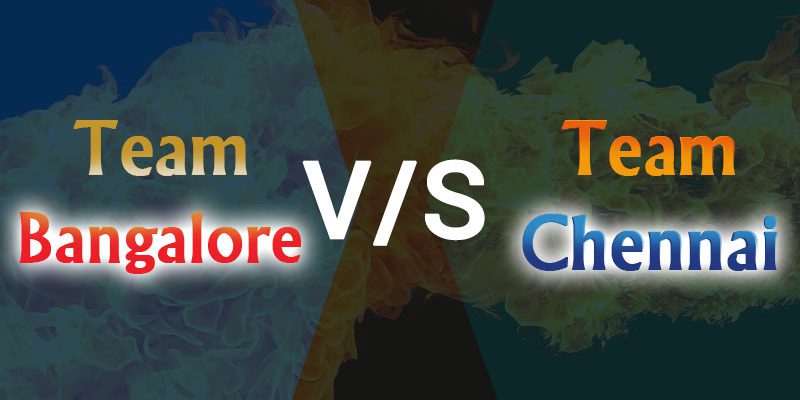 Royal Challengers Bangalore and Chennai Super Kings will face each other on 21st April at 8pm IST. M. Chinnaswamy Stadium situated in Bangalore will host this match. The first match of the season was played between these two teams. The match ended on a negative note for RCB, as CSK managed to overpower them and bagged the trophy. These two teams have an immense number of fans as CSK is led by the previous captain of the national team, MS Dhoni and RCB is under the captaincy of current national team’s captain, Virat Kohli. CSK is currently leading the charts and creating a sensation with its power packed performance. RCB, on the other hand is gaining popularity in a negative manner for its inadequate performance. However, RCB fans have not lost hope yet and they are still hoping that the team’s true colours will shine through, eventually. Will RCB manage to win the hearts of its fans or face defeat by the hands of Dhoni and his team? We will have to wait for today’s match to find out the answers.

Let us now move onto the astrological calculations of today’s match.

The prediction of today’s match is based on Horary Kundali. However, it should be kept in mind that this prediction will be applicable on Royal Challengers Bangalore only. In the domain of astrology, the ascendent house, its ruling lord, and the sixth house along with its ruling lord is taken into consideration for predictions associated with Horary Kundali. For the prediction of today’s match,  we have considered the rotated version of Horary Kundali, so that it becomes Libra ascendent. This is done because Royal Challengers Bangalore’s name sign comes under the zodiac sign of Libra.

Sixth House: Mercury in a debilitated state is residing in the sixth house, because of which this house’ s position remains unstable. Ascendent lord, Venus is also negatively placed in the same house which will procure unfavorable results. Thus, the sixth house also remains weak in the Kundali.

Considering all the circumstances, it can be stated that CSK may remain successful in ruling the pitch today and RCB may have to, once again, face defeat from Dhoni’s hands.

Winning Team: CSK is likely to become the winner of today’s match.