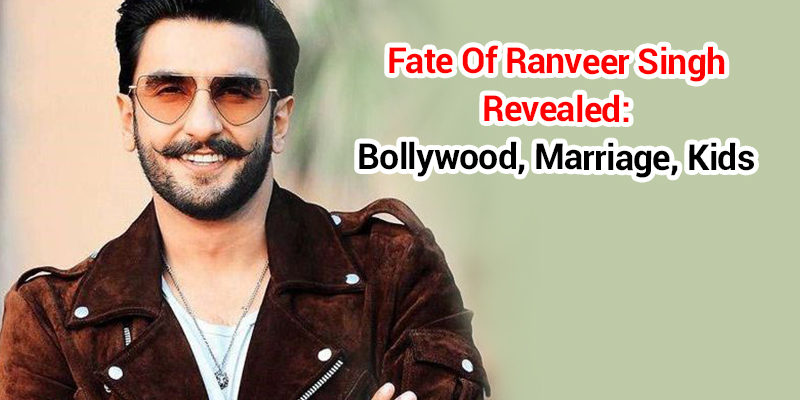 Bollywood’s Megastar and the most energetic actor Ranveer Singh’s birthday falls on 6 July. On the occasion of that, we have come up with an exclusive analysis of what is going to happen in the star’s life in the upcoming time, but before that let’s take a look at Ranveer Singh’s journey so far.

There is no one in today’s era who is not aware of Ranveer Singh, the star. A well-known face amongst the shining stars of Bollywood. Ranveer Singh is one of the few actors who has not seen much of a slope in their film career. Between the character of Bittu Sharma in the film Band Baaja Baaraat to Murad Ahmed in the film Gully Boy, Ranveer Singh managed to touch quite a few hearts and eyes across the country and the world. But, how and where does his story begin from? Let us take a look now!

Speak With World’s Best Astrologers On Call & Know More About Your Life!

In the year 1985, on July 06, a boy was born to Jagjit Singh Bhavnani and Anju Bhavnani, named Ranveer Singh. Jagjit Singh Bhavnani is a businessman, settled in Mumbai. This was the reason that Ranveer Singh did his early studies from Mumbai. After completing his studies from HR College of Commerce, Mumbai, he went to America for further studies. There he earned a bachelor’s degree in Arts from Indiana University. It was also the place where Ranveer Singh was first interviewed by the theater world.

After this, in the year 2007, Ranveer came back to Mumbai after completing his studies and he started working as an advertising copywriter in a company, but Ranveer did not feel at home at his job. He was fond of theatre. That’s why right at this time he started sending his portfolios to different directors of the country but there was no success anywhere.

After three years i.e. in the year 2010, Ranveer Singh was called by Shanu Sharma. Shanu Sharma was a member of the casting department of Yash Raj Films. He told Ranveer Singh that Yash Raj Films is about to make a new film and Manish Singh, the director of that film, liked the videos of Ranveer Singh’s performance, so he signed Ranveer as the lead actor in the film. want. Ranveer gave his nod and when the film released, everyone who watched the film said that Bollywood has found its new star. The name of the film was Band Baaja Baaraat.

After this film, Ranveer Singh did not look back. Except for some half flop films, Ranveer Singh’s career is surely taking a flight and wings. Ranveer has won 5 Filmfare Awards till date and has consistently featured in the list of 100 Highest Paid Stars of India in the prestigious magazine Forbes India since 2012. In the year 2018, Ranveer Singh married his girlfriend and well-known Bollywood actor, Deepika Padukone. Ranveer’s journey so far has been wonderful. In such a situation, considering his birthday, today it will be very interesting to know how the upcoming time is going to be for Ranveer Singh.

Ranveer Singh has been known to many producers as a good showstopper and a charming actor to grab the attention of the crowd. Someone asked me what his future looks like in his film career and he gave me the number 141. Below is the query chart:

Moon is in the Nakshatra of Jupiter in Ranveer Singh’s horoscope. Jupiter is the lord of the fifth and sixth house in the KP chart. The chart is accurate.

Ask Any Question: We Will Address All Your Concerns

In this chart, the Moon is in the sub and is placed in the fourth house. On the other hand, the Moon is negating the fifth house but is eleventh from the sixth house. Moon is the lord of the tenth house. At present, the Mahadasha of Jupiter is going on in the life of Ranveer Singh, which is in the sub-nakshatra of Rahu and in the sub-sub of Venus. Venus is in the ninth house and Rahu is in the seventh house. Venus is ruling 1-8 houses and thus Jupiter at sub level is not good at all for Ranveer Singh till 16-04-2025. During this, there is an apprehension that Ranveer will get films in this period but the success ratio of his films may be nominal or even zero.

Check out the horoscope of these great personalities and many more.

The next Mahadasha in the life of Ranveer is going to be of Saturn, which is in the Nakshatra of the Moon and in the sub of Mercury. Mercury is in the 8th house in the KP chart. In such a situation, the horoscope is also anticipating that some serious problems may arise in Ranveer Singh’s married life in the coming years. There is a possibility that both the husband and wife will be in a lot of trouble during this time. In the married life of Ranveer, this problem can either arrive in the Mahadasha of Jupiter or he may have to face it during the Mahadasha of Shani.

Lastly, wishing Ranveer Singh a very Happy Birthday all the best for his upcoming days!