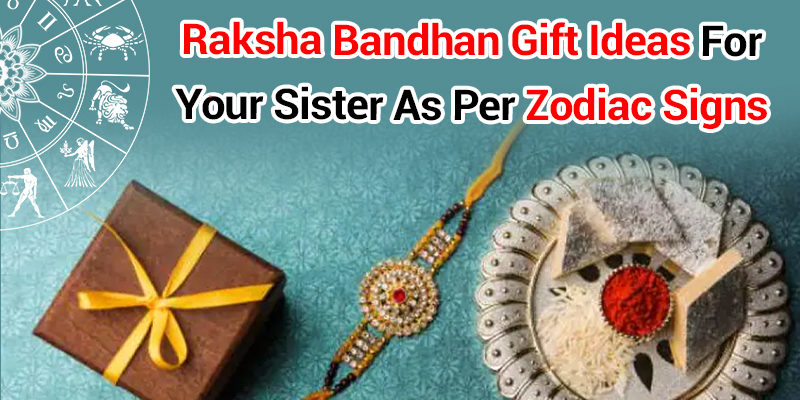 According to Astrology, there will be a great coincidence on Raksha Bandhan this year, which will increase the importance of this festival manyfold. Due to no Bhadra shadow this year, sisters will be able to tie the Rakhi around their brother’s wrist at any time of the day. For your knowledge, tying Rakhi under Bhadra Kaal is considered inauspicious.

What’s In Store For You This Year? Call & Avail The Services Of Our Esteemed Astrologers

On the Raksha Bandhan day this year, the Bhadra period will be upto 6:16 am. After this, there will be auspicious Muhurat for Rakhi throughout the day. Celebrating Raksha Bandhan during Bhadra Kaal is considered inauspicious. During this time, Jupiter will remain in a retrograde position in Aquarius. Besides this, Moon will also be present there.

Note: The “Muhurat” given above will be valid for New Delhi only. Click on Raksha Bandhan 2021and know the auspicious timings of your city.

Gaj Kesari Yoga will be formed on Raksha Bandhan due to the presence of Jupiter and Moon. Along with this, Shobhana and Amrit Yogas will also be formed. The Purnima Tithi will last till 5:31 pm. Shobhan Yoga will remain till 10:38 am, while Amrit Yoga will start at 5:45 am and stay upto 5:32 pm. All these Yogas will add to the auspiciousness of the festival.

The presence of Gaj Kesari Yoga on this day fulfills all the wishes of the natives. This Yoga is also helpful in leading luxurious life and earning respect in society. Any work done during this Yoga gives good results.

When is Gaj Kesari Yoga formed?

If Jupiter is situated in the angular houses from the Moon, it leads to the formation of Gaj Kesari Yoga.

These Two Zodiac Natives Will Get Auspicious Fruits

The Gemini natives will be full of confidence on this day, and their patience will enhance. There could be ideological differences with seniors in the job. They can get good news from the children’s side and will also be supported by their sisters.

Due to the conjunction of Jupiter and Moon in Aquarius, it will be a blissful day for the Aquarius natives, and the brother and sister’s bond will also strengthen. On this day, the natives might visit religious places, which will prove to be fruitful for them.

On the Raksha Bandhan day, the sister ties a Rakhi around her brother’s wrist and prays for his long life. However, both the brother and sister must keep certain things in mind during the Rakhi ceremony. Let us find out the Puja rituals for Raksha Bandhan according to Hinduism.

Importance of Tilak and Akshat on Raksha Bandhan

In Hinduism, it is believed that on Raksha Bandhan, the sister applies Tilak of kumkum, saffron or sandalwood on the brother’s forehead before tying Rakhi. Some people also use Akshat in Tilak. There are religious significance and religious reason behind applying Tilak on a brother’s forehead, which are-

Religious significance: In Hinduism, a Tilak is a symbol of love, respect, courage, and victory. It is believed that whenever someone goes out of the house for auspicious work, the women of the house apply Tilak on the men’s forehead and prays for the completion of their work. That’s why it is considered holy to apply Tilak while tying the sacred thread on the brother’s wrist.

Scientific reason: Tilak is always applied in the middle of the forehead, and this spot is regarded as the place of the sixth sense or the fire Chakra. This is why applying Tilak increases the memory and confidence of the person, strengthens decision making ability, increases intellectual and reasoning ability, as well as increases strength and intelligence.

Overall, the benefits of applying Tilak are necessary for a brother to protect his sister. And this is why a sister applies Tilak on her brother’s forehead.

Significance Of Akshat In Tilak

You must have seen that while making Tilak, rice grains are often added to it. Rice is considered the most sacred grain offered to deities in Hinduism. There is a belief in Hinduism that if raw rice is mixed with Tilak and applied on the forehead, the person is infused with positive energy and evil forces stay away from them.

Gift These Items To Sisters On This Day, According To Your Zodiac Sign

Legend Of Draupadi And Shri Krishna

Legend Of Alexander and Porus

According to another legend related to Raksha Bandhan, emperor Alexander’s wife tied the sacred thread of protection on her husband’s enemy Puruvas i.e., King Porus’s wrist and made him her brother. She then asked Porus to promise not to kill Alexander during the war. Porus saved Alexander’s life in the war to fulfil the promise given to Alexander’s wife. It is said that Porus had many opportunities to attack Alexander during the war, but he stopped himself to fulfil the promise of Rakhi. After that, Alexander took Porus captive. However, later Alexander returned all his empire to Porus due to his generous nature.