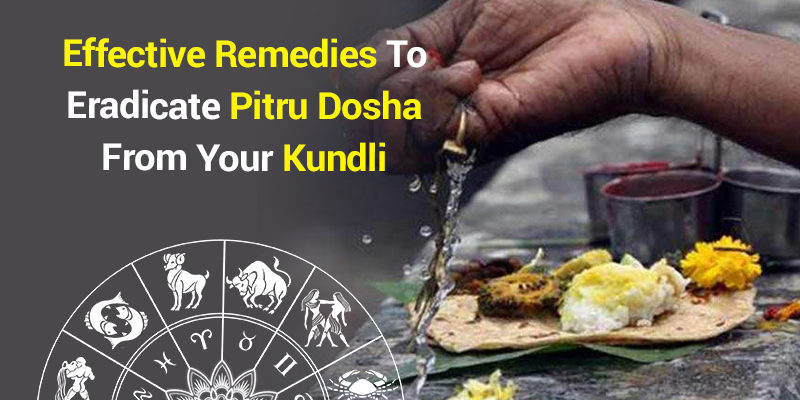 According to Hinduism, Pitru Paksha begins from the Amavasya tithi in the month of Bhadrapada. This year, Pitru Paksha has begun from Monday, 20 September and will be observed till 6 October. During this period of Pitru Paksha, people perform Shradhkarma and worship etc. for the peace of the soul of their ancestors. This period is considered very important in Sanatan Dharma. In this special blog, we will know how Pitru Paksha falling this year holds high significance, Shradh 2021 dates, Pitru Dosha in kundli and remedies to eradicate it and much more.

According to Vedic astrology, Pitru Paksha begins on the day when the planet Sun enters Virgo. The fifth house of the Kundli or horoscope represents the deeds done in the previous birth of a person. Sun is also considered as the lord of the fifth house as per the Kaal Purush Kundli. It is believed that this is the reason why the planet Sun is considered the symbol of our clan.

Meaning: When the Sun transits or enters Virgo, then it is believed that the forefathers visit their sons-grandsons i.e. their descendants. In such a situation, if the Shradh rituals aren’t performed on the day of Ashwin Amavasya falling during Pitru Paksha, then it is believed that the ancestors go back to their world feeling disappointed. Therefore, in order not to disappoint your ancestors and to seek their blessings, you should perform the Tarpan while offering them a mixture of flowers, fruits and water etc. and pray for their salvation.

Significance of Shradh: If we talk about the importance of Shradh Paksha or Pitru Paksha, then it is said that performing the Tarpan of the ancestors in Pitru Paksha brings peace to their souls. Apart from this, this period of Pitru Paksha is considered very special for the natives whose horoscope holds complex doshas like Pitru Dosh.

This is the time when our ancestors and forefathers come to the Earth. During this time, it becomes very easy to please them, help their souls attain peace and get their blessings. In this time period, many such acts are said to be prohibited from being carried out, as otherwise, our ancestors may get angry.

Indications Of Pitru Dosha In Kundli

During the period of Pitru Paksha, many rituals etc. have been asked to perform as necessary. However, many times, some mistakes are made unknowingly due to which serious defects like Pitra Dosh dominate the life of the person. Let us know what are some signs indicating the formation of Pitra Dosh in a kundli. Also, if you are also witnessing these signs in your life, then know what are some measures you should undertake.

However, if you are observing any of these signs in your life and there is Pitra Dosh in your Kundli, then you do not need to panic since you can appease the ancestors and reduce the impact of Pitru Dosha through these several measures suggested below:

Daywise Instructions To Perform The Shradh

This year, on 6 October, Wednesday i.e. on the New Moon day or Amavasya of Krishna Paksha during Ashwin month, Gajachhaya Yoga is also being formed. It is believed that whoever performs Tarpan-Shradh in Gajachhaya Yoga on the day of Sarva Pitru Amavasya in a river, pond, pool, etc., under the shadow or shade of an elephant becomes eligible to perform the rituals of ancestors for the next seven generations and acts as a ‘saviour’. At the same time, such a native attains five times the desired outcome and also get a place in Heaven.

Appease Your Forefathers With These Acts

Why Trimming Nails and Hair Is Considered A Taboo On Pitru Paksha?

It is forbidden to cut or trim your hair and nails during this period of Pitru Paksha. According to the beliefs behind it, it is said that any person who shaves and cuts his hair during Pitru Paksha suffers from monetary loss. Because this period is considered to be the time of mourning. In such a situation, do not cut your hair, beard and nails these days. Also, avoid eating stale food during this time.

What To Do If Shradh Dates Are Unknown?

Many a times, we are unaware of the reason behind our ancestors’ death. In such a situation, the question arises that on which day would it be appropriate to perform the Shradh for our ancestors? The solution to this dilemma of yours is also hidden in the scriptures. According to this, it has been said that the Tarpan of the ancestors whose date of death is unknown can be performed on the day of Ashwin Amavasya. That is why, this Amavasya is called Sarvapitri Amavasya.