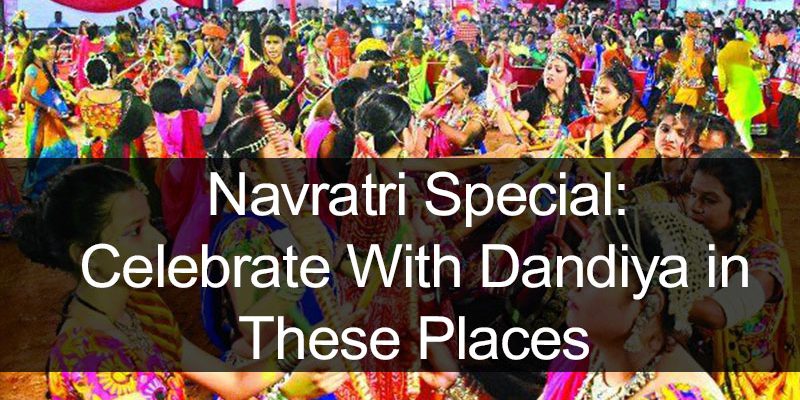 Arriving four times a year, Navratri happens to be one of the most prominent Indian festivals. It has a great significance for the followers of Hinduism. During the nine long days of celebrations devotees are seen taking part in the festivities with great zeal and vigour. Goddess Durga is the primary deity who is worshipped in this Hindu festival, which also signifies the victory of good over evil. In her fiercest incarnation, Goddess Durga killed the demon Mahisahur whose atrocities started to increase with time. His terror started to spread all over the three worlds, which is why the necessity arose to annihilate him.

It is believed that Goddess Durga has nine incarnations and all of them are worshipped on each day of Navratri. The names of her are Shailaputri, Brahmacharini, Chandraghanta, Kushmanda, Skandamata, Katyayani, Kalaratri, Mahagauri and Siddhidatri respectively. Various rituals are followed on each day which vary from state to state. However, the first day is known as Ghatstaphna where the holy vessel to commemorate the Puja rituals is placed. Devotees are also seen observing fasts for nine long days and seeking blessings from Goddess Durga. Finally the nine long days of festivity and fervour end with the immersion of the idol of Goddess Durga in holy waters.

The Navratri  which is celebrated in the Hindu month of Sharad is arriving shortly on 29 September. As mentioned above, this festival is celebrated with great pomp throughout the country, under which the celebrations of Durga Puja will take place for nine days by placing statues of Durga Maa and decorating grand pandals in the states of Bengal, Bihar and Assam. On the other hand, in Gujarat, people are seen worshipping the goddess for nine days and grooving to the tunes of Garba and Dandiya. Through this blog of ours, we will notify you about the places which host grand Dandiya nights.

During the nine days of Navratri, people of Gujarat are seen immersed in the devotion of Goddess Durga and taking an active part in the Dandiya and Garba celebration. The grand Dandiya Nights are specially organized in Vadodara, Gujarat, during Navratri. During these nine days, people visit this city to enjoy Dandiya nights with their family and friends. Approximately 20 to 30 thousand people come to attend Dandiya Nights taking place in Vadodara.

Readers should also know that, Surat is famously called the commercial capital of Gujarat. The Maa Shakti Garba Festival, held here every year, has also made it to the Limca Book of World Records. One should really witness the grandeur of the place during these specific nine days. Every year more than forty thousand people take part in the Garba Festival held here. We would also like to notify that Maa Shakti Garba Festival is very famous not only in Gujarat but all over India.

The majestic Damdiya and Garba nights are seen taking place every year in Ahmedabad, Gujarat. Once in a lifetime, you should visit this place to bear witness to this grand celebrations. Natives belonging to the business class organize various Dandiya and Garba Nights on the nine days of Navratri  here, where they spend an ample amount of economic resources. People from far and wide come to attend the Dandiya events in Ahmedabad. The same is the case with Navratri celebrations, where devotees visit this place in large flocks to take part in the Navratri celebrations.

The capital of the country, Delhi, is also not untouched by the Garba fever. During Navratri, grand Dandiya nights are organized at Adventure Island in Rohini, Delhi. You can easily take part in this festivity with your entire family. Along with feasting upon scrumptious delicacies, you can also enjoy the musical night here. During Navratri, the idol of the Goddess Durga is also placed and worshiped here.

We hope that this blog proves to be insightful for you. Wishing you all a happy and prosperous Navratri. Thankyou for staying connected with us!!