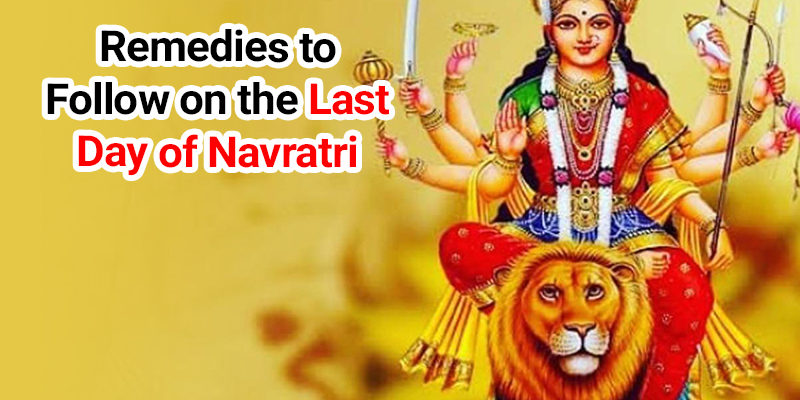 The last and the final day of Navratri is dedicated to Goddess Siddhidatri. This day is also known as Navami and many people commence the Navami Paarna on the day of Navami Tithi only. Goddess Siddhidatri is considered to be the giver of many Siddhis or achievements. It is believed that by worshipping this Goddess, one comes into contact with many kinds of luxuries in life and a person who worships her never lacks knowledge in life.

There is also a ritual of conducting Kanya Pujan on the day of Navami Tithi. With this special article of ours today, we will let you know the Shubh Muhurat to worship Goddess Siddhidatri and also the correct Pujan Vidhi. Also, the Navratri Parana Muhurat & Its significance.

People Tithi will be commenced on Thursday, October 14

The ninth incarnation of Goddess Durga is known as Maa Siddhidatri. She is the Goddess who provides all kinds of Siddhi or achievements. She is worshiped on the ninth day in Navdurga Puja. On this day, all kinds of Siddhi(s) are attained by the seeker who practices the classical rituals with complete devotion. Nothing in the universe remains inaccessible to such a peson. He/she has the power to win the universe once and for all.

By the grace of Goddess Siddhidatri, every common person becomes eligible to subscribe to many kinds of luxuries. In today’s era, no one can perform such a difficult austerity, but according to their power and capacity, chantings, penance, worship make some become eligible to acquire the blessings of the mother. Also, half of the body of the Goddess is considered to be that of Lord Shiva, her consort. For this reason, she is popular among the people by the name ‘Ardhanarishvara‘. Maa Siddhidatri has four arms and the lion is her mode of conveyance. She is also seated on a lotus flower and also carries a lotus flower in her lower right hand.

Energise Gemstones for the Special Benediction of the Goddess

As already mentioned, the Navami Tithi of Navratri is dedicated to Mata Siddhidatri. Apart from this, Maa Siddhidatri is considered to be the ruler of Ketu amongst all the nine planets. In such a situation, duly worshiping Maa Siddhidatri on the Navami Tithi of Navratri helps in getting positive results of Ketu planet present in the horoscope. Apart from this, those people who have a weak Ketu in their horoscope and are suffering due to it’s malefic effects are advised to wear a Cat’s Eye gemstone on this day after consulting a knowledgeable astrologer.

Cat’s Eye gemstone enables the positive results of Ketu and also helps you with many kinds of achievements in life.

Special Bhog for the Ninth Day

There is a tradition of offering Bhog to the Goddess. Offering sesame seeds to her on Navami Tithi gives auspicious results. Apart from this, offering Puri and Halwa to the Goddess also turns out to be fruitful.

By the grace of Maa Siddhidatri, every common man can attain salvation while enjoying all the pleasures of life by remaining detached from the world in the form of infinite misery. Maa Siddhidatri is the last among the nine incarnations of Maa Durga, that is, the ninth Goddess, Swarupa. After worshiping the other eight Durgas during the previous days of Durga Puja, devotees engage in the worship of Goddess Siddhidatri on the ninth day. After completing the worship of this Siddhidatri Maa, all kinds of worldly and transcendental wishes of devotees and seekers are fulfilled.

All the wishes of devotees are benevolently fulfilled by the Goddess. The devotee rises above all worldly desires and needs, mentally wandering in the divine realms of Maa Bhagwati, another name assigned to the Goddess. The ultimate company of Mata Bhagwati becomes everything to the devotee. After attaining this supreme position, he/sheno longer needs anything else.

In order to attain this proximity, the devotee should worship her with constant devotion and also follow certain rules and rituals. It is believed that the remembrance, meditation, worship of Mother Bhagwati, making us aware of the impermanence of this world, is going to lead us towards salvation. It has been said that if one cannot perform such hard penance, then by chanting, penance and worship according to one’s power can help one to become an object of mother’s grace. The Mantra mentioned above is used to worship the Goddess. To get the devotion of Maa Jagadamba, one should memorize the whole of it and recite it during the Navami Puja.

In the realm of Hinduism, Maa Durga is considered to be the epitome of power, happiness and prosperity. It is said that Maa Durga resides in small girls and this is the reason why many people worship Kanya or small girls on the Navami and Ashtami Tithi of Navratri. In Kanya Puja, girls between the ages of 2 and 10 years are called home and eventually, their feet are touched, Aarti is performed, and then they are given food with respect. In the end, their hands and feet are washed again and they are blessed with gifts. It is said that by doing this, Maa Durga is very pleased and fulfills each and every wish of her devotees.

It is believed that Kanya Pujan brings happiness and prosperity to the household and removes sorrow and poverty. Along with this, Kanya Pujan is also said to be a very suitable means to appease Maa Durga. However, it should be noted down specially that the girls whom you are inviting or feeding at home during Kanya Puja should be between 2 to 10 years of age and if possible, feed at least 9 girls. Also, always include a male child/boy in Kanya Puja. It is said that the children are a form of Batuk Bhairav ​​and without them the Puja is considered incomplete.

Note: It is not necessary that you conduct this Puja at home and call the small girls home, if you want, you can also donate food to any temple or the needy.