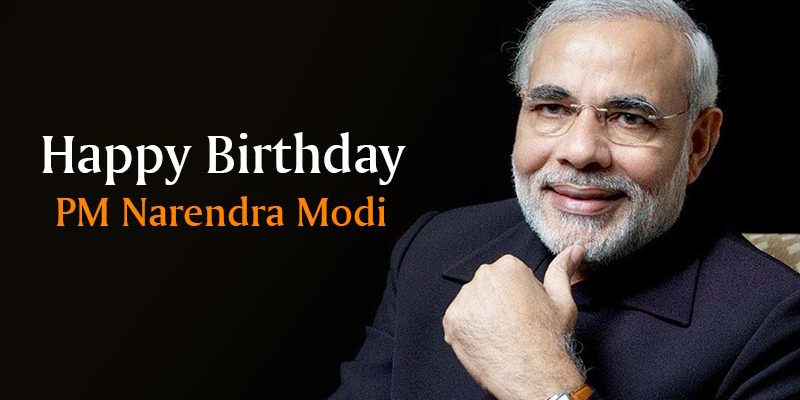 Today rings in the 69th birthday of the Prime Minister of India, Narendra Modi. On this very day, i.e., September 17, 1950, Narendra Damodardas Modi was born in Vadnagar, Bombay State, India which is present-day Gujarat. Modi Ji is the first Prime Minister who was born in an independent India. His popularity in the country and abroad knows no bounds. America’s Time Magazine easily backs this fact, as it included him in the top 42 famous personalities in its list of ‘Person of The Year’. Moreover, he also won the reader’s poll for the same twice, in 2014 and 2016.

An eloquent orator, PM Modi first came into the limelight nationally and internationally due to the 2002 Gujarat riots which happened while he was the CM of Gujarat. As a result, he also had to face many legal hearings and court cases. Namo’s Hindutva image helped him remain in his position as the chief minister from 2001-2014. Due to this very reason, he received the support of many senior officials of both his political party BJP and the Rashtriya Swayamsevak Sangh (RSS).

However, in the 2014 Lok Sabha Elections, PM Narendra Modi instead of furthering his Hindutva image kept development on the forefront. His election campaign also promoted the development of India vigorously, as they advocated the Gujarat model. The result was a wave of Modi throughout the country. For the first time, the political party BJP won the elections by absolute majority. Modi Ji himself was victorious in two seats (Varanasi and Vadodara). In his first tenure of five years, PM Modi made several crucial decisions.

Although his decision of demonetization in 2016 and GST the very next year brought many problems for the common people. As a matter of fact, the Modi government also seemed slightly uneasy at this time. Despite this, in the 2019 Indian general elections, the public once again gave him the chance to be a leader of the largest democracy of the world. The biggest challenge in front of the Modi Government today is the constant slipping economy of the country.

Let us move forward with the kundali analysis of PM Narendra Modi, and find out how the upcoming years 2019 and 2020 will be for him. 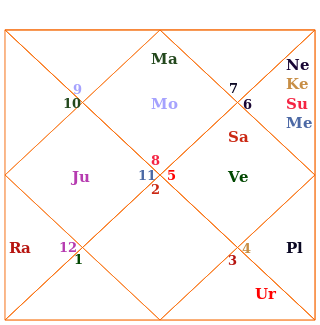 According to these birth details of Prime Minister Narendra Modi, his kundali is of Scorpio ascendant. This, in itself, is a Neech Bhang Rajyoga which describes human welfare and social service. Taking a glimpse at his present, the annual kundali of Modi Ji is bringing a new change.

The said changes in the economic policy will be equally beneficial for the rich and the poor of the country. Modi Ji can bring such a strategy on the national level, which will open several new job opportunities. Politically, a particular Muntha is posited in the Karma house of Narendra Modi’s annual birth chart. As a result, things can get stricter in government work or rules and laws concerning this can be passed.

Success For Modi In Diplomacy

As per the annual kundli of Narendra Modi, the presence of Muntha in zodiac sign Cancer, hence the tenth house of Karma, is indicating new laws and changes in his cabinet. If by-elections are held anywhere in the country, then BJP under Modi’s leadership can face defeat. Additionally, there are also possibilities of differences with neighbouring countries as well as war can be on the cards, during his tenure. However, when we take in account the Maha Dasha and Antar Dasha (Venus in conjunction with the Moon) of his birth chart, as well as the yogas in his annual kundli, the indications are favourable. Predictions suggest beneficial results in politics as well as in foreign diplomacy for Modi Ji.