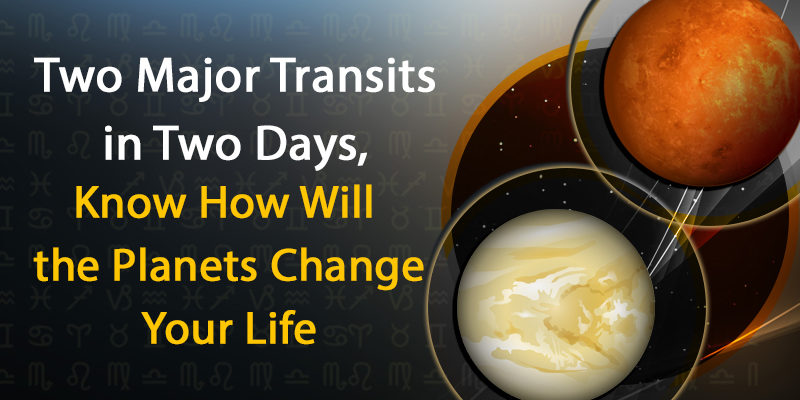 Transit of Venus in Aquarius

The transit of Venus will take place in Aquarius on February 21 at 2.12 am. Venus is considered to be the significator of beauty, art and creativity, besides, it also makes the person good in sports. Due to this transit some people may turn out to be materialistic.

Along with this, some people can spend on entertainment sources as well. The transit of Venus in Aquarius of the air element can bring an increase in the creativity of people. Due to this transit, some people may get good results from their efforts. Since Venus will be in its zodiac sign, they are likely to get favorable effects of this transit.

World’s Best Astrologers On Call Will Further Narrate You More About These Transits!

Mars is called the God of War and it will transit in Taurus, the sign of Venus. Mars is also a factor of courage and valor in a person, along with this it also leads the person to the ability of leadership and to learn the deepest secrets. The transit of the planet Mars in the Taurus sign of the earth element, can increase the morale of the people. This will be the time period of completing the stuck works, as well as those who are doing any work related to the army, police or defense sector or want to join these areas, then they will get success. At the same time, people associated with medical fields can also benefit during this transit.

Transit of Mars and Venus : Impact On the Country

Mars is considered to be the causative planet of energy and it makes a person active, while Venus makes a person replete with creative skills as well as a good player. Due to the movement of these two planets, sports competitions can take place at different places in the country. Those who are associated with sports will get success during this period. Especially those who prioritize creativity in their sport.

Along with this, people associated with the field of art will also benefit due to these two transgressions. As the fire element planet Mars is transiting in Venus’ sign, the water element, Taurus, some confusion may appear in people’s minds during this period. The entry of Mars into the sign of Venus, may result in some reduction in military operations, i.e. deadlock at the borders is likely to be reduced. However, there is also a possibility of heated debates taking place between leaders in politics.

These Four Zodiac Signs will Benefit from the Transit of Venus

These four zodiac signs will benefit from Mars transit

Thankyou For Connecting with AstroSage!