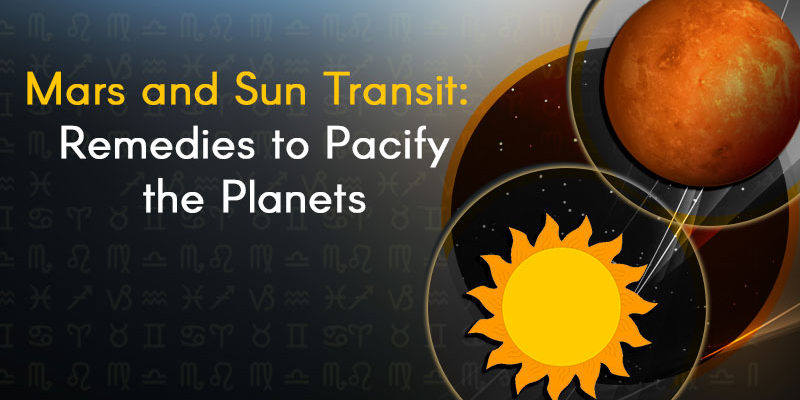 April, the poetic month is special in many ways. First and foremost, the festival of Chaitra Navratri is commencing from April 13 and the second is that the two planets are going to transit on the very next day of the beginning of Chaitra Navratri, that is, on April 14. According to astrology, every small and big event that occurs in a human being’s life is determined and influenced by the movement and position of the planets.

This transit has its effect not only on humans but also on the world and every creature of the world. In such a situation, the movement of planets is considered to be an important event for astrologers all over the world too and it is monitored by everyone. In particular, the importance of that day increases even more when two or more planets are transiting on the same day.

On April 14, two planets i.e. Mars and Sun are transiting. In this blog today, we will give away ten easy remedies to pacify the concerned planets and make your life happy and prosperous once again.

Know More About these transits and their impacts, Connect With World’s Best Astrologers On Call

For almost all the right reasons, the Sun has been called the king of all the planets. It is believed that the native whose Kundli hosts a very strong presence of the Sun gets blessed with courage, talent, leadership ability, respect, energy, confidence, hope, happiness, joy, kindness, loyalty, success in worldly matters, truth, etc. On the other hand, if the Sun’s presence is debilitated in the Kundli, then it makes a person egoistic, sad, underconfident, a victim of inferiority complex, jealous, angry, ambitious, etc. It rules over Leo and Aries happens to be it’s exalted sign.

Click Here to know more about the upcoming Sun Transit!

Remedies to Pacify the Sun

Mars is called the commander of all the planets. When Mars is exalted in the horoscope, the planet offers energy, land, brother, strength, might, courage and bravery to the native. When it acquires a debilitated state, then many vices come into the forefront. For instance, there is disturbance in family life, fear of enemy, defeat of enemy, land disputes and debt etc. Mars is believed to be the ruling lord of Aries and Scorpio and it remains exalted in Capricorn.

Click Here  to know more about the upcoming Sun Transit!