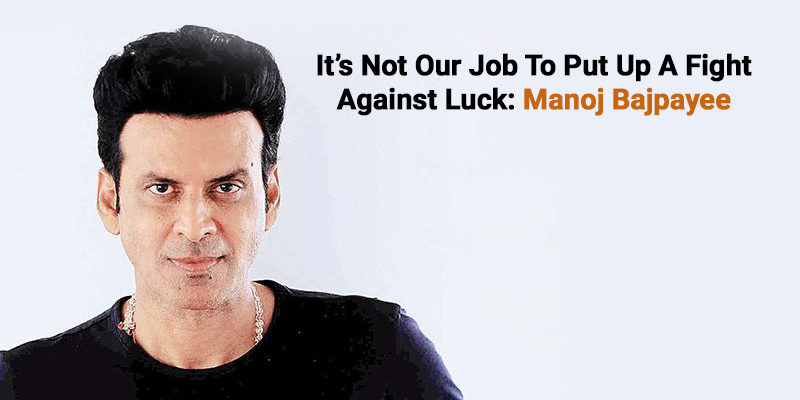 Noted actor Manoj Bajpayee has won another National Award for his brilliant film ‘Bhonsle’. For your information, let us tell you that the film “Bhonsle” was released on 26th June on the OTT platform (Sony Liv). While Manoj Bajpayee’s film received many international awards, he still had his eyes set on the reactions of his domestic audience. The time has come, when this magnificent film has got the National Award. On this occasion, let’s have a look at this special interview of Manoj Vajpayee and Piyush Pandey.

Ques.1 You were planning on releasing “Bhonsle” during April-May. But now it will be released on an OTT platform. So do you believe every movie has its own luck and fortune? This question because when your National Award winning movie “1971” was originally released in 2007, it failed to attract a large audience. But since it’s release on YouTube amid the Corona Era, it has garnered more than 2 million views.

Ans- Look, I believe in the power of both Karma (actions) and Luck. You can say I am a mixed version of both. Spiritual I am, and believe it to be one of my greatest powers in life. Also I believe I need to carry out my Karma, as I will get whatever is written. Neither do I put up a fight against Luck nor have any complaints.

Ques.2 So how much do you consider Hard Work and Luck contributes to success? Like 50-50?

Ans- I believe that I need to give my 100 percent, work hard for anything I do and not worry about the outcome. Work harder, and then leave it up all on Luck!

Ques.3 Tell us something about your next release “Bhonsle”.

Ans- This story is based on the life of an elderly policeman, who has retired from his job but didn’t really want to as his life revolved only around his job. He has no connection with the outside world or its people, and he seems uninterested to maintain any. His isolation mode is his own enemy. But when he is struggling with the ongoing stress inside his house, the issue of “Local versus Migrant” has arisen at the same time. How the hardships faced by Migrants became his own and gave meaning to Bhonsle’s life is the essence of this story.

Ques.4 Due to the Coronavirus outbreak, you have to release your movie on an OTT platform. What do you have to say about that?

Ans- Nothing could have been better than this for this film! The fate of this film is written. Because in today’s date, it has become possible to attract viewers for movies like “Bhonsle”on OTT platforms. It is a struggle for us to take this movie to the theatres, as even after this, there aren’t many shows. Trade Pundits declare a film as a “Flop”within the span of two days. We make such films for our passion. When I decided to bring Bhonsle on SonyLIV, my director and I were very happy, because we know that the number of viewers who will see this movie in six days out of interest is not at par when compared to the next three weeks if this was the case in a movie theater.

Ques.5 What more releases are in your bag this year?

Ans- Right now I am excitedly waiting for “Bhonsle” to release on 26 June on SonyLIV. Waiting for the response from the public. After this, if situations remain favourable, then “Suraj Pe Mangal Bhari” may get a release this year.

This Corona epidemic has not only hit the producers and directors, but everyone in the world. In such a situation, if you have any question or concerns in your mind, then you can ask a question from our expert astrologers and get a precise and accurate solution.

Here’s a look at the trailer of Bhonsle: