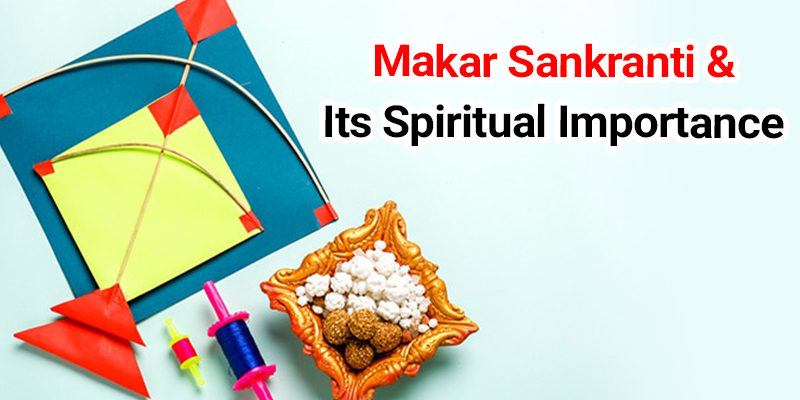 The auspicious festival of Makar Sankranti will be celebrated on the 14th of January. This festival has a special place in Hinduism. On this day, the transit of the Sun in Capricorn takes place and therefore, the day is known as Makar Sankranti. At various places, it is also known as Khichdi and Uttarayan.

Lakhs of devotees gather at the banks of the river on Makar Sankranti. On this day, the donation of Khichdi and sesame is performed. In reality, some spiritual mysteries are attached to these basic traditions. In this context, let us know about the spiritual significance attached to this day and other important things associated. All this important information is prepared by the ink of our learned Tushar Joshi.

The above-mentioned Muhurat is applicable for New Delhi only. Click on Makar Sankranti 2022 to know the auspicious timings as per your city.

The Kalyug is on its last leg. All human beings are going through a difficult and unpeaceful situation. Everybody is waiting for a change as all the things are in disarray so far life is concerned. At the juncture of Kalyug and Satyug, the creator of the universe has descended upon the Earth in the form of Brahma.

As donations hold great significance in Bhakti Marg, similarly all human beings while going on the path of religion can enlighten themselves, leaving behind their bad deeds, and doing good deeds can open their accounts of virtues. On this day, Khichdi and sesame are given in donation. It means that the feeling of demons has entered the behaviour of human beings and their demeanor is a mixture of good and bad deeds which must be changed into divine deeds. It implies that a person should give up jealousy and duality and follow the path of unity and humility. At present, the will of God is that we should leave behind even a bit of bad thought from our minds. As people take a dip in Ganga and feel happy, similarly we have to show them the path of renunciation by enlightening them with knowledge. As people make merry at the time of New harvest, in the same way, giving up bad habits blesses us with never-ending happiness.

As per the Hindu Panchang, harvesting season occurs in the month of Paush while as per the English calendar, it takes place on January 14 and 15. This time, the transit of the Sun takes place from one zodiac sign to another and therefore, it is known as a transitory period and the movement of the Sun from one direction to the other.

This transitory period reminds us of the time which takes place at the end of Kalyug and the beginning of Satyug. At this juncture, the movement of the Sun also takes place from one zodiac sign to another. Lord Sun leaves its heavenly abode and takes an actual form. Many revolutions have taken place and behind every revolution, there is a purpose for change. The revolutions that took place with the help of armaments have shown minimum results but human beings are still looking for a full-fledged change.

Karmakand and Its Meaning on Makar Sankranti

1) Taking a bath during the Brahma Muhurat is considered to be highly auspicious on this day.

2) Consuming and donating sesame is very beneficial. The invisibility of the soul has been compared with sesame.

3) Flying Kite:  If the soul is pious, it touches great heights and so is the kite. Similarly, the soul can travel all three worlds by dedicating itself to the will of God.

4) Consumption of sesame Ladoos: If sesame is consumed in its original form, it tastes bitter but sesame Ladoo is the symbol of unity and sweetness.

5) Donation of Sesame: The donation of sesame brightens fortune.

6) Lighting Fire: Things change when put in the fire. Yogis when assemble around the fire pray to God with one voice through which not only their bad deeds get burnt but the wings of spirituality, oneness of human beings, prosperity, and peace spread all around.

If we celebrate this festival with the following rituals not only we can not only get peace of mind but also the blessings of God.

Makar Sankranti is the day of absorbing the seventh ray of the Sun and studying Puranic legends related to it.

As per the Hindu Panchang, the festival of Makar Sankranti is celebrated in Shukla Paksha during Paush month. This year it is going to be celebrated on January 14, Friday. Let us now know the mystery behind the seventh ray of the Sun.

Seventh Ray of the Sun

It is said that 9 rays are emitted from each side of the Sun, totalling 36 in all. It is said that the 7th ray of the Sun signifies spirituality in India. The impact of this ray stays in between the Ganga and the Yamuna for a long period of time. Because of this astronomical phenomenon, the festivals like Purna Kumbh and Ardh Kumbh are celebrated during Magh in Haridwar and Prayagraj.

Where the Ganga merged into the sea: It is believed that Ganga while flowing through the Ashram of Kapil Muni followed Bhagirath and ultimately, plunged into the sea.

Ring Up Our Expert Acharya Tushar Joshi Ji and know the signwise tips to attain the maximum benefits of the Sun.