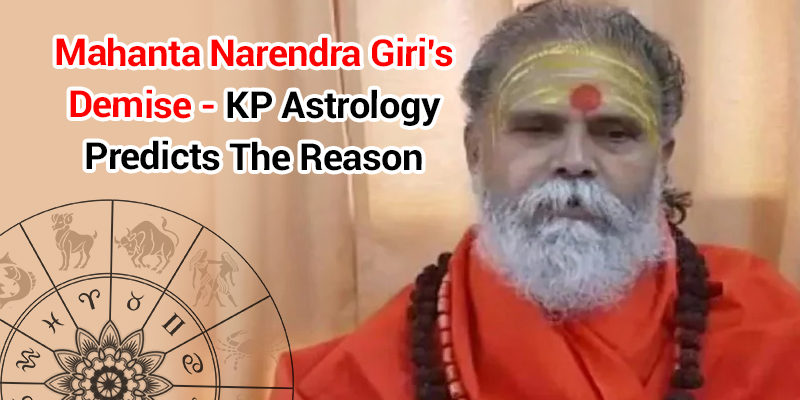 Recently we heard the sad news of the demise of Mahanta Shri Narendra Giri Ji of Akhil Bharatiya Akhara Parishad. This news has worked towards creating a sense of chaos among the nation and shocking people. While many people are considering it as planned murder, others are also considering it suicide. For your information, let us tell you that the police have also recovered a suicide note along with the body of Mahant Shri Narendra Giri, on the basis of which the police have commenced their investigation.

The police are carrying out a full-fledged investigation about the whole scene and trying to find out whether it was a suicide or planned murder. His disciple Anand Giri is now arrested and many absurd theories are coming upfront. His close associates and others known to him are sure that it is a murder and the suicide note recovered from Shri Narendra Giri Ji cannot be his as he cannot write such a long suicide note. Carrying out the investigation is the duty of the police and God willing, the truth will come out soon. This is indeed a great loss to people globally.

As an astrologer, the question that continuously pops up in my mind is what is the truth behind this mishap. I, Acharya Raman, am writing this blog on 21.9.2021 based on the principles of KP Astrology and fishing for an answer to the question: Whether this case is a suicide or a planned murder. The horary number I took is 242 and below is the horoscope.

The rule for suicide as per Shri Guruji is that if the 8th cusp sub lord is deposited in a star of the planet, which is the significator of Badhak-Maraka and also the 8th house, then the person will unluckily is expected to commit suicide.

Well, whatever happens, we wish that the truth comes out soon. May God rest the soul of Late Mahanta Narendra Giri Ji.