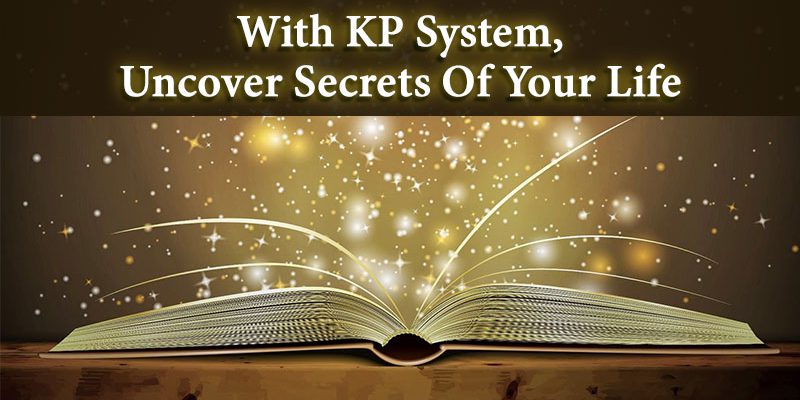 Know how to find out accurate answers to your questions using Krishnamurti Paddhati, what’s there in the future, and much more.

With the growing scope of media, we get to know a lot of new things and knowledge. Astrology is a no different thing for that matter. Few astrologers talk about Nadi, while some talk about Bhrigu Samhita. There are few who talk about Lal Kitab and Krishnamurti Paddhati is also one of the most talked systems. Such names and a lot of technical jargon may make a layman severely confused about their usability. Let us discuss and understand the key factors of Krishnamurti Paddhati. Also, we’ll learn about how this system of astrology is different from other systems of astrology.

The main advantage of Krishnamurti Paddhati is its accuracy and precision in calculating horoscope. On the basis of this method, it is possible to accurately tell the details of the occurrence of an event at a particular time. In fact, it can be mentioned in terms of seconds, if applied correctly. For example, the Krishnamurti method is capable of telling when an airplane will land on the airstrip, when will the power-cut get restored, and when will the lost object be found. KP’s amazingly fable gives this method not only a special place in the world of astrology but also provides a solid scientific basis to astrology itself.

What Is KP System or Krishnamurthi System?

The Krishnamurti Method of Astrology is called briefly as “KP”. Some astrologers also refer to it as “Nakshatra Nadi”. The discovery of this method is attributed to Mr. K. S. Krishnamurti. He studied various Indian and foreign branches of astrology and found that they are very confusing and difficult. There are considerable differences in the points written by ancient and old writers’. It is very difficult for an ordinary person to remember the verses (Shlokas) written in the number of millions or crores. The main thing is that two different astrologers tell two different and conflicting things. For all these reasons, astrologers can’t accurately predict, due to which people get confused and in the end, the name of astrology is also disgraced.

Mr. K. S. Krishnamurti, by combining the best ideas of various branches of astrology and coordinating his innovative research in them, named this method “Krishnamurthi Paddhati”. This method is considered one of the most accurate methods of astrology in today’s time. This method is very easy to learn and use as well. Contrary to the traditional method, it is well defined and two KP astrologers will not contradict each other most of the time.

KP Astrology vs Traditional Methods of Astrology: Which One Is Better?

The difference between the Traditional methods of Astrology and Krishnamurti Paddhati is as follows:

Due to the subtlety and clear principles of “Sub”, KP Astrology is known to deliver very precise explanations of subtle and daily life, such as at what time electricity or phone-call will come, when will it rain or stop, etc. Through traditional astrology, such accuracy can be very difficult to find, or if said, almost impossible.

In traditional Indian astrology, the computation of various houses is based on Bhav Chalit. KP recognizes the cusp chart of the Western system called Placidus House Division, which is also called “Placidas Cusp Chart” or “Nirayan Bhava Chalit”. Because of this, you can see slightly different planetary positions in the Kundli derived through KP and traditional zodiacs.

Predictions in KP are based on the fact that not only a planet delivers its own result, but also of the lord of its constellations. This forgotten form of traditional astrology is very important in KP.

There is no use of thousands of Yogas in KP. So the astrologer does not have to remember millions of verses. Only the main rules must be remembered.

KP does not recognize other traditional principles of traditional astrology such as Ashtak-Varga, yogas like Kalsarp, Saadhe Sati, Mangal Dosh, etc.

Prashna Jyotish or Horary Astrology i.e. astrology based on questionnaires has been discussed in detail in KP astrology. If a person does not know his/her birth-date and birth-time, then also the questions of that person can be answered without knowing the said details.

In the last, we would say “KP” is a method created for the astrologers from the era of computers of the 21st century which accurately describes the small aspects of a person’s life.

Thank you for Connecting with AstroSage!!