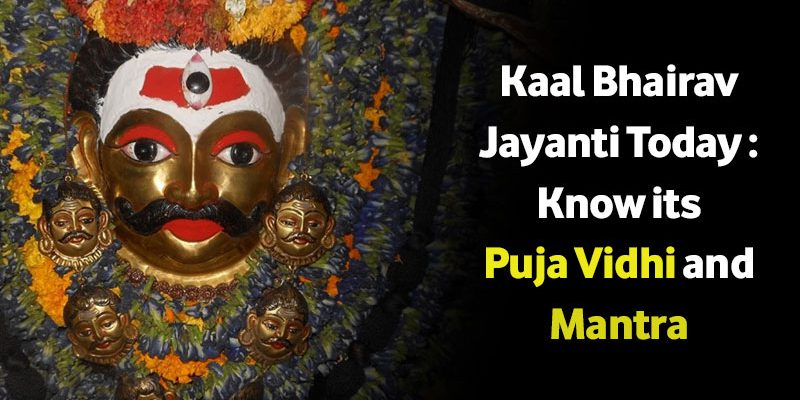 This Kaal Ashtami, commemorate these Puja rituals and get rid of the ill effects of Rahu. Additionally, find out the importance of Bhairav Ashtami and its benefits.

As per the Hindu Panchang, it is believed that if Ashtami Tithi  is only Pradoshavapini on the first day and Madhyavavpini on the second day, then this festival will be celebrated on the first day i.e. on the day of Pradosha Papini. In such a  situation, Kalashtami of Kartik month’s Krishna Paksha will be celebrated all over the country today i.e. 19 November, 2019. Ashtami of Krishna Paksha is also known as Bhairava Ashtami. It is believed that by worshiping the Rudra avatar of Lord Shiva on this day, each and every kind of negative energy spread in the household comes to an end. This has been said because as per Sanatan Dharma beliefs, it is stated that Lord Shiva adorned the Rudra Avatar only to execute the negative forces form the face of this Universe. In many states, Goddess durga is also worshipped on this day.

As we have already mentioned, Kaal Bhairav is considered to be another incarnation of Lord Shiva. Hence, the Shastras state that those natives who observe special fasts on this day, along with worshipping Mahadev devotedly gain freedom from all his/her sins and Mahadev always saves such natives from facing the wrath of evil forces.

Along with this, the reverence of Kaal Bhairav helps one to remain at the receiving end of auspicious results instantly. Also, if there is any presence of Rahu Dosha in Kundli, then it also comes to an end at that very moment. Let us now have a look at the special considerations which should be kept in mind by the devotees while appeasing Lord Vairabh and anticipating positive results on the day of Bhairav Jayanti.

Natives follow the tradition of fasting on the day of Kaal Bhairav Jayanti. Hence, some special regulations should be kept in mind while fasting which are mentioned below.

We hope that you will appreciate this blog of ours on Kaal Ashtami. We wish you a very happy Kaal Bhairav Jayanti. Thankyou for staying connected with AstroSage!!