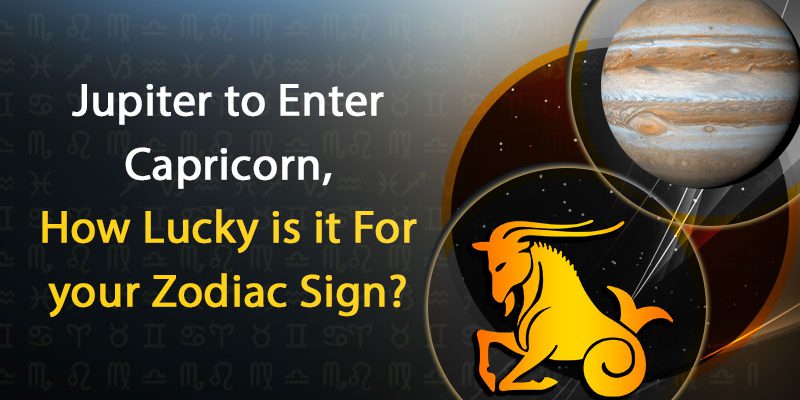 Vedic astrology considers the transit of Capricorn to be quite auspicious as the aspection of the planet Jupiter is given the status of a divine nectar(Amrit). It is quite a favourable planet and creates a direct impact on one’s intellectual abilities, religious and spiritual inclinations and also moral ethics. Talking about zodiac signs, Sagittarius and Pisces come under the lordship of Guru Brihaspati.

Get Detailed Predictions for your life with Brihat Horoscope!!

Apart from this, the planet Jupiter has also been considered as the significator of one’s marital life and children. In such a situation, if the planet is placed auspiciously, then the native is blessed with a good partner and marital happiness.

The Fortune of one’s child also increases. Jupiter has a very deep impact on one’s thinking abilities as Jupiter is the significator of one’s knowledge. Needless to say, the transit of Jupiter in Capricorn will definitely affect all the 12 zodiac signs in one way or the other.

Let us move on to find out what these crucial changes are. Scroll down to read the sign wise transit predictions.

Dev Guru Brihaspati or Jupiter will enter the tenth house of your zodiac sign. The planet is the ruling lord of your ninth and twelfth houses. When it primarily ….Read More

Know More Detailed and Interesting Facts About Jupiter’s Transit, Click this Link to Watch the Video!

For your zodiac sign, Dev Guru Brihaspati or Jupiter’s transit is perennially important because it is the ruling Lord of the ninth house, which determines your….Read More

Attain Success In Your Career: Order Your CogniAstro Report Now!

The transit of Jupiter will take place in the sixth house of Leo natives. This particular planet maintains great relations with your zodiac lord, the Sun and also rules over the fifth and…..Read More

The transit of Dev Guru Jupiter or Brihaspati will take place in your fifth house. For the ones who are born under the zodiac sign Virgo, the planet Jupiter happens to the ruling Lord of your…..Read More

The transit of Dev Guru Brihaspati or Jupiter will take place in your fourth house, which is why those natives who are born under this particular sign will specially witness their domestic life….Read More

For Scorpions, the planet Jupiter is the ruling lord of their second and fifth houses. Since the planet rules over the second house, it is given the status……Read More

The transit of Jupiter is quite effective for Sagittarius natives as the planet happens to be their zodiac lord. Along with being the undisputed ruler of the first…Read More

For Capricorn natives, the planet Jupiter is the ruling lord of your third and twelfth houses and it is primarily moving to take a nest in your first house. Since, the transit is taking place in your sign, you will…..Read More

The twelfth house of Aquarians will be occupied by the planet Jupiter during its transitory motion. The same Jupiter rules over your second and eleventh house….Read More