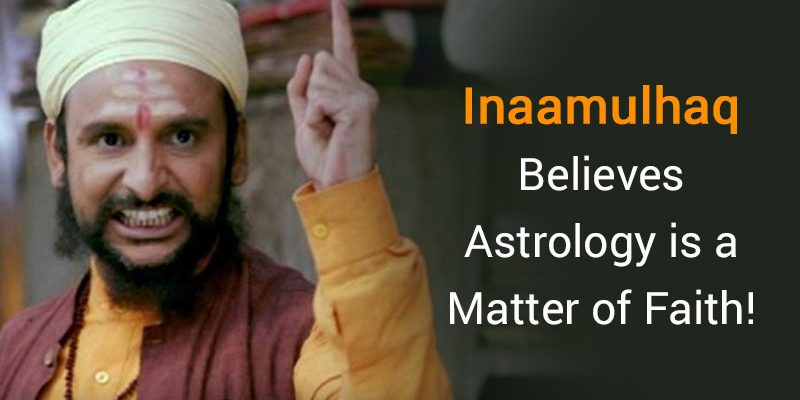 The film “Pagalpanti”, directed by Anees Bazmee, stars some powerful Bollywood names. However, amongst the pool of big names, the person who won the hearts of people with his performance as Niraj Modi is Inaamulhaq. He has made a strong presence in Bollywood with films like Airlift, Lucknow Central, Jolly LLB, Nakkash and much more, and considers the movie Pagalpanti to be his mass cinema debut. Inaamulhaq views his 20-25 years-old struggle as a war. His first movie Firaaq was released in the year 2009. Inaamulhaq believes that in order to win the war, he has conquered a few milestones, whereas some are yet to be created.

Get Free Kundli As Per Birth Details

Inaamulhaq’s Perception About The Audience

Born in Saharanpur, Uttar Pradesh, Inaamul not only loves his audience, but also describes them as intelligent. As per him, today’s audience has become cinematically literate, loves to see the real side and cannot be fooled. This is the reason why Inaamul does not want to repeat his character so that he can present something new and fun to his audience every time he appears in a movie.

Regarding the deep connection between Bollywood and Astrology, Inaamul believes that it is a matter of faith. The movie “Pagalpanti” also revolves around astrology. The concept regarding Shani Sade Sati and myths associated with it have been explained in a sarcastically funny way. On asking whether he believes in Astrology or not, Inaamul says that luck plays an important role, and those who believe in it shouldn’t impose it on others or criticise in any form. He further said that God should be remembered not only in the film industry but everywhere.

As a personal message to his fans, Inaamulhaq recalls what his mother says, “Good Intentions Form The Easiest Path”. Inaamul himself follows this mantra and expects his well wishers to follow the same. After the film Pagalpanti, you will be able to see Inaamulhaq in the upcoming web series ‘Hasmukh’.