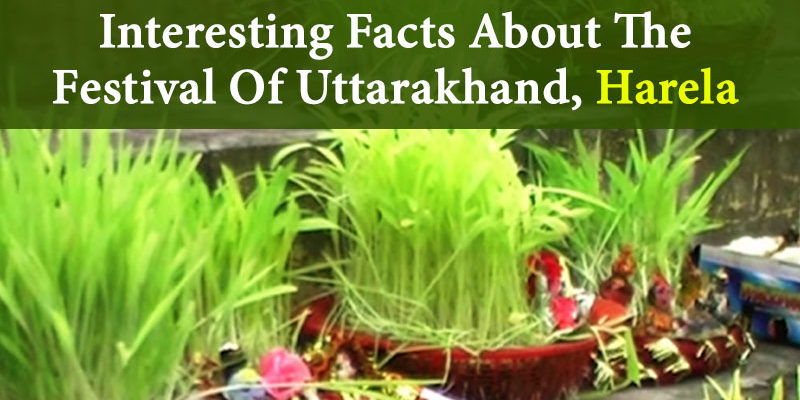 Uttarakhand is known to be the humble abode of the Divine Deities. Hence, it is known as the land of the gods/goddess or Devbhoomi. Uttarakhand is one of the beautiful places in the country that attracts tourists not only from India but from all over the world because of its diverse, natural, and amazing beauty. Devbhoomi Uttarakhand has diversity in its land and beauty as it is rich in its folk traditions and people’s living habits. Even today people in Uttarakhand consider it their paramount religion to protect nature and increase its prosperity by following their simple living standards. In today’s article, we are going to tell you about one such popular folk festival of Uttarakhand known as “Harela”.

Connect With World’s Best Astrologers On Call & Know Everything As Far As Career, Finance, and Love, Etc. Are Concerned.

When and Where Is Harela Celebrated?

Mainly in the Kumaon region of Uttarakhand, the tradition of celebrating this festival has been going on for centuries as it is deeply connected with nature, agriculture, and animal husbandry. Harela is one of the most auspicious festivals of the Kumaon region of Uttarakhand, celebrated on the first day of Shravan (Kark Sankranti), which will fall this time on July 16, 2021. Harela literally means greenery. It is believed to mark the onset of monsoon and the beginning of the sowing season of crops. This festival is celebrated with great enthusiasm and fervor especially by the agriculture and agro-based sections for a prosperous harvest year.

There are many religious beliefs in Uttarakhand, due to which it is also considered as the city of Lord Bholenath. Since he especially loved the month of Sawan, the importance of Harela during the month of Shravan increases manifold. On this day, idols of the Shiva family are made and worshipped.

About 9 days before Karka Sankranti, seven types of grains wheat, maize, mustard, gahat, barley, urad, and bhat are planted in pots in the temple inside the house or in the village temple. The pot is kept in a dark place away from sunlight.

It is weeded on the ninth day and harvesting is done on the tenth day. After cutting it, the owner of the house anoints it with tilak, sandalwood, and akshat. After harvesting, the Harela is offered to the deities and then placed behind the ears of each member of the family.

On this day delicious food like puri, kachori, bada, and puwa are prepared and some religious ceremonies are performed.

Harela is sown and harvested for the happiness and peace of the house. It is an indicator of good agriculture and planted with the hope that there is no damage to the crops of the farmers. It is believed that the bigger the Harela, the more profit will be incurred through the crops.

It is said that if a branch of a tree is planted in the soil on the day of Harela, then after 5-7 days the roots start coming out in it and that tree remains alive for a long time.