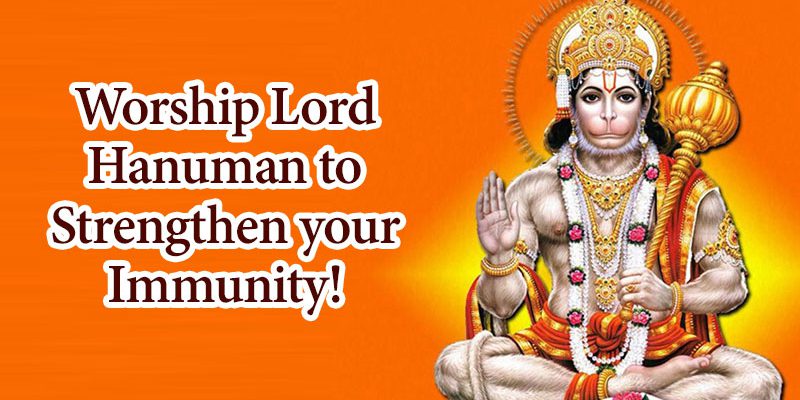 Now is a very difficult time for the world, as the Covid-19 Pandemic is wreaking havoc in many countries. Most of them are under lockdown for a certain period of time, so as to flatten the curve of contamination and exposure.

Worried About your Life ? Ask a Question Now!!

Despair, hopelessness and fear are the emotions which are taking over most of our minds. The number of positive cases in India are also increasing steadily. In order to beat this calamity, we need a new kind of power, energy as well as determination.

The source of all these things are Lord Hanuman and we can attain them by worshipping him. Doctors and medical practitioners have already mentioned that it is our strong immune system that can help us to fight this disease. But it requires a very stable and positive environment, which is not the case scenario right now.

As Shivaji’s Guru or mentor Samarth Ramdas propagated the thoughts, ideas and Lord Hanuman himself, he gave importance to his reverence, which increased the enthusiasm and faith among the people. Similarly, we also have to worship Hanuman ji and infuse positivity, enthusiasm and energy within ourselves, which will make us remain at the receiving end of positivity and increase our immunity in turn.

Get the Most Detailed Kundli Report Ever with Brihat Horoscope!

It has been mentioned in the Scriptures that Lord Rama’s most humble disciple and messenger of Lord Rama, Hanuman Ji is one of the most prominent of the eight Chiranjeevi’s mentioned in the religious Scriptures. This is the reason why the Lord vanquishes all of our sufferings and difficulties whenever we invoke him, just like he fulfilled the wishes of Lord Rama. But nowhere in this, should our faith in him get awry and be weakened. The more our faith is strengthened, the more our powers to fight crises and sufferings will develop and at the same time, our courage and boldness will increase.

On the day of Chaitra Shukla Purnima, Lord Hanuman manifested himself during a very auspicious time of the day. This Chaitra Purnima day is considered to be quite auspicious as it happens to be the first full moon of the Hindu new year. Hence, there is a tradition of worshipping the Lord on this day with great reverence so that all of our physical and mental problems come to an end. So, it becomes quite easy for one to acquire mental peace. This tithi is falling on Wednesday, the 8th of April, as per the Gregorian calendar.

Find out how strong your immune system is and click this link.

Now, we all know that the Coronavirus pandemic is at its peak currently. If we take an astrological look at it, then it can be deduced that three planets are playing a major role in expanding this outbreak. The first would be Saturn, which is the significator and representative of grief. The second is Ketu, which is believed to be the carrier of the virus and also an exalted Mars which is the vengeful planet and also determined by the element of fire. Now, just like the fire spreads at a very rapid pace, similarly this corona is also spreading rapidly in the atmosphere.

As we all know when Lord Hanuman received his education from the Lord Sun, he pacified the wrath of Shani Maharaj when he was asked for Guru Dakshina(the fee paid by a pupil to his mentor). Ever since then, it is considered very efficient to pay reverence to Lord Hanuman so as to pacify Saturn. It is also mentioned that the planet Mars has an inherent connection with Lord Hanuman, which is why it is equally necessary to worship him so as to remove the malefic qualities of the planet Mars.

The planet Ketu is also known as Kujawat in astrology. As we all know that some residuals of the heavenly bodies reside in planets, Lord Krishna is considered to be the complete incarnation of the Moon, there are sixteen phases(Kala) of the planet. In the same manner, Ketu Is considered to be part of Mars. Rahu-Ketu are popular for the disguises they adorn. On this note, we would like to say that just like the planets Rahu and Ketu, this virus has also arrived with the help of a disguise and just as Hanuman ji exposed the cover of of Kalanemi and Ahiravan(demons), similarly we can get the strength to fight this medical catastrophe by worshipping Lord Hanuman with a devoted heart and mind.

Let us now find out the chanting of which Mantra will be beneficial for you on the day of Hanuman Jayanti. They will ensure you freedom from all kinds of sufferings, pains and physical afflictions and also increase your immunity.

2. Lord Hanuman is also held as Vayu Putra. Vayu stands for Vata(wind), which is the most predominant among the Tridoshas, if Vata is situated in pure form then  a person will very often be able to remain healthy. If we talk about a particular time, then Shri Tulsidas was suffering due to a terrible pain in his arms. At that time, he got  a miraculous benefit and relief from his pain by penning down the Hanuman Bahuk. Therefore, reciting this Hanuman Bahuk will be very auspicious in this time.

3. Shani or Saturn remains the significator of vitality and energy in our Kundli, and Hanuman ji conquered lives. So, Lord Hanuman is definitely invincible and similarly our soul is invincible, which cannot and does not degrade and it can only be given momentum. Incorporating the practice of doing Pranayama during this period will prove to be very favourable. Whenever you feel that nothing is taking place in accordance with your thoughts and desperation and disappointment takes over, then Pranayama will be of great help as you might get a chance to become aware of your secret powers.

4. At this time reciting “Bajrang Baan” will be very auspicious and beneficial, as it will increase the ability to fight all kinds of troubles. One of the primary and firm tenets established by psychology states that the thoughts or feelings that a person repeats with full devotion and determination, or the mental state in which he can stay for a long time, the same mental state tends to his/her habit and nature. Our secret powers develop from the mind itself. Having full devotion in Bajrang Baan and reciting it sincerely, repeatedly helps to develop Hanuamn Ji’s powers in our minds and we get rid of our troubles subsequently.

Lord Hanuman is also the perpetrator of force, intelligence as well as dedication and loyalty, so the more faith and loyalty you possess, the more chances you will acquire to remain at the receiving end of benediction of the Lord and safeguarding yourself from all kinds of difficulties and problems.

We hope you stay happy and healthy forever. Thankyou for connecting and wish you a very prosperous Hanuman Jayanti!!