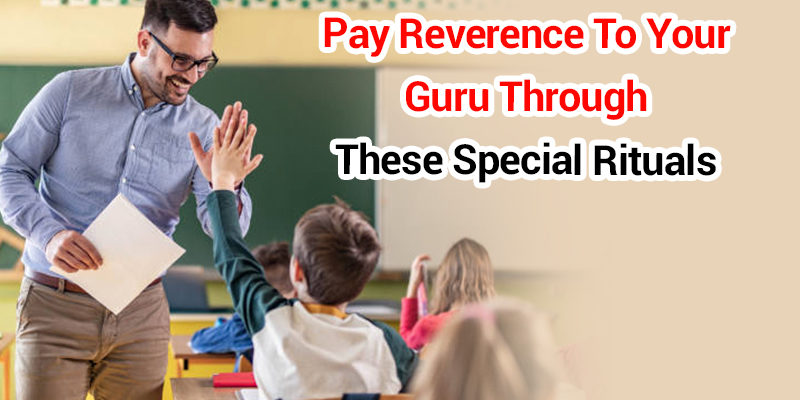 Guru or Teacher shapes one’s life and guides him/her towards the path of success and greatness. He/She is able to dissolve innumerable troubles and enlighten one with great knowledge. However, if you find things getting difficult amid such distressing times and wish to seek astrological guidance, you can click here and connect with our experienced astrologers. Our astrologers will play the role of your “Guru” and guide you through this difficult time with their input and assistance.

Apart from this, if you wish to get a detailed approach towards your upcoming life and understand how planetary movements, conjunctions, Dashas, etc. influence your life, you can get a hold of your personalised AstroSage Brihat Kundli now! Now let us read about Guru Purnima.

Meaning: Not even a single quality of a Guru can be described on any paper of the Earth, with all the pens in the forest, or even if the Seven Seas are merged together in the form of an ink!

In Hinduism, even though the highest status is given to God, a Guru or a Teacher is considered invaluable and ranked one step above the Almighty. It is believed that if a deity curses a native, the Gurus can save him/her from the wrath, but if our Guru curses us, then even God cannot save us from what’s coming. Based on this, Kabir has mentioned in his couplet,

The festival of Guru Purnima is celebrated every year on the Purnima or Full Moon day during the month of Ashadha. The Teacher, Guru, or Guru-like Figure is worshipped on this day. This festival is celebrated with great pomp and reverence all over India. In ancient times, the disciples used to conduct a ritualistic puja for their Gurus on this day and offer them their heartfelt respect and devotion. On this day, seek the blessings of your Guru, elders, and respected people of the family, e.g., parents, siblings, etc.

This is the reason why on Ashada Shukla Purnima, all the disciples worship their Gurus and receive their blessings. On this day, seek the blessings of your Guru, teachers in schools and colleges, and elders in the family.

On the day of Guru Purnima, Gurupada Pujan is carried out in several temples. However, if your Guru is no longer by your side or has descended to heaven, you can follow the rituals and venerate them and their contribution in making you successful in life.

Meaning: The Guru is himself the Brahma, Vishnu, and Mahesh, the Guru is the Supreme. I bow in front of you!

On Guru Purnima, these Guru Puja rituals can also be performed by those who stay away from their Guru for any reason or cannot be a part of the ceremony due to some reason. But in case you are participating in the ritual, then offer flowers, Akshat, and sandalwood to your Guru along with sweets or fruits. Thank them and seek their blessings.

What To Do If You Don’t Have A Guru?

It is not possible for anyone not to have a Guru, but in case such a situation presides in one’s life, then what can you do on the day of Guru Purnima?

First of all, it is understood that Lord Shiva is considered as the master of the world. In such a situation, you can venerate Lord Shiva as your Guru in case you do not follow or have one. Adding to it, you can also consider Lord Vishnu as your Guru too. While worshipping the deity on this day, install such an idol of either Lord Shiva or Lord Vishnu in which He is sitting on a Lotus. Offer them flowers, sweets, and donations. Worship them and request them to consider you as their disciple.

Make A Call: We Will Address All Your Concerns

According to the Hindu Scriptures, this day is celebrated as the birth anniversary of Krishna Dwaipayan Vyas, the author of one of the best epics, Mahabharata. Let us tell you that along with being a great scholar in the Sanskrit language, epics like Mahabharata are also considered his contribution in the literary fields.

Apart from this, Maharishi Ved Vyasa has also been considered the author of all 18 Puranas. Also, the division of Vedas is also attributed to Maharishi Vyasa, which is why he is also known as Ved Vyasa and has been entitled as the “Adi Guru”. This is why in many places, Guru Purnima is known as Vyasa Purnima.

Why Guru Purnima Is Celebrated During Monsoons

In India, all the seasons occurring throughout India hold special significance. There is a special reason behind the celebration of Guru Purnima during the monsoon season. Actually, the weather remains stable during this season, i.e. neither too hot nor cold. Therefore, this duration is considered favourable and best for study and research.

Guru Purnima As Per Astrology

As per the Hindu Panchang, the Purnima Tithi during the Sukla Paksha in the Hindu month of Ashadha is known as Guru Purnima or Vyas Purnima. This occasion glorifying the dedication, devotion and respect towards our Gurus holds high importance. It is believed that the Guru guides his disciples by igniting the true sense of morality and justice within their hearts and tries to protect them from the miseries of this mortal world such as arrogance, brotherhood, ignorance, snobbery, fear, etc.

According to astrology, the planet Moon on this date remains in the Jupiter ruled Sagittarius and Venus-ruled Purvashadha Nakshatra. This is because the Moon is the benefactor of one’s mind and heart, which is why an unbreakable bond with both the Gurus aims one to develop a moral and justified behaviour.

At the same time, the sky remains covered with thick clouds throughout the month of Ashadha. Hence, when the Moon shines bright on the day of Purnima, it is believed to ward away darkness. This is why the tradition of worshipping Ved Vyas and Sukhdev, the interpreter of Vedas, on this day is mentioned in the Puranas. Therefore, Purnima is the Guru, while Ashadh is a disciple.