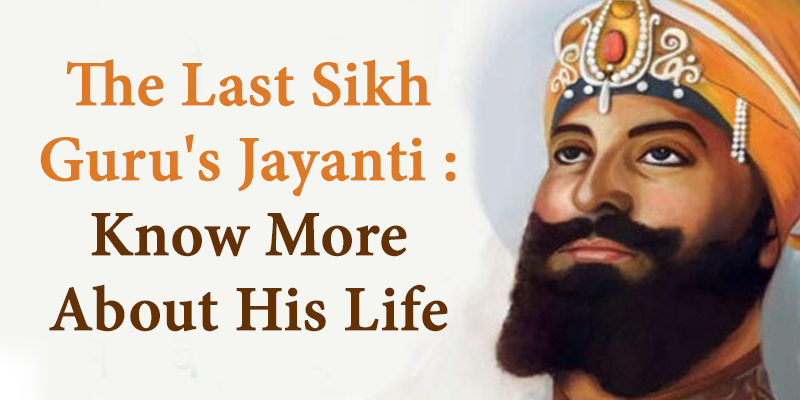 In today’s time, people of India and all over the world who believe in Sikhism, celebrate this day as the birth anniversary of Guru Gobind Singh Ji. They also remember and follow his religious teachings. He also gave several other teachings to people and among all the teachings, he emphasized that one should pray for others’ progress and respect all other religions. On the birth anniversary of Guru Gobind Singh Ji, many stories are recited and heard in Gurudwaras all over the world. His teachings and achievements are highly talked about on this very day. People of different religious backgrounds and different walks of life sit together and eat food (Langar) on the same day.

What was the Purpose of Khalsa Panth?

Guru Gobind Singh Ji, the last Guru of Sikhism, is known to bring many positive changes in his religion and Khalsa Panth was established by him. The Khalsa Panth was considered  to be a group of those followers who got the teachings of Sikhism with due rituals.

He explained the significance of five Kakars (Five K’s of Sikhism) of Sikhism when he formed Khalsa Panth. The five Kakars were – Kesha, Kadha, Kanga, Kirpan, Kachera. They are considered to be highly important for the people of Sikh community. People who follow Sikhism still follow the teachings of Guru Gobind Singh Ji and try to bring positive changes in their lives through them.

Guru Gobind Singh Ji is considered to be the last Guru of Sikhism. In this regard, the question arises who took the leadership of Sikhism after him. He compiled the holy scripture titled Guru Granth Sahib and made people consider it as their Guru henceforth. After him, all the teachings of Sikhism were stored in this holy scripture and it is also considered to be an autobiography of Guru Gobind Singh Ji. Several other compositions like Dasam Granth, Jaap Sahib, Akal Ustat, Chandi Charitar, Zafarnamah etc. were also written by him.

Luck in your favour? Raj Yoga Report reveals it all!