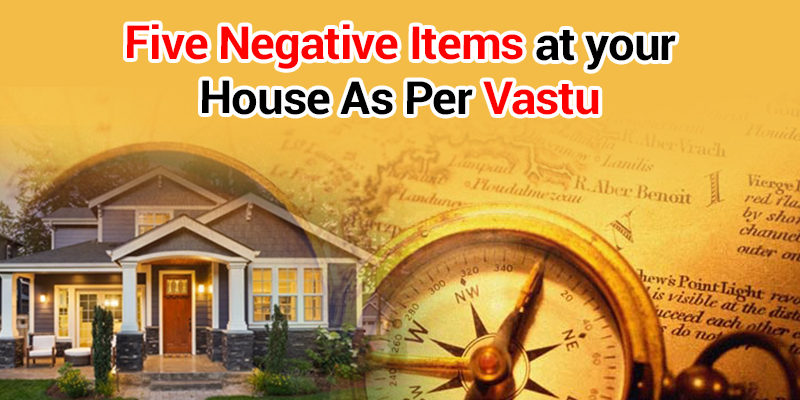 One cannot deny the presence of both negative and positive energies in the world. It is not the case that a person intentionally attracts negative energy towards himself/herself. Although many times, on account of our faulty habits or any mistake, negativity makes its mark in our life. Every person should stay away from all these negative thoughts, we should try every day that we come out as a better person than the previous day and here it is to be kept in mind that our energy affects the environment around us. And in the same way the environment around us affects our energy.

Today, in this blog by AstroSage, we will tell you about five such things that affect any person’s economic life.

Vastu Shastra is a very ancient science which was manifested and prepared by our ancestors and great sages on the basis of knowledge of direction. They found that the right or wrong object placed in each direction has an effect on the lives of the people living in that place. This effect is not limited to any one part of life, but affects the mental, physical, family, financial, etc. life of any person equally.

In such a situation, today we are going to tell you about five such things in this article which affect the financial life of any person.

Five Household Items Which Can Pollute our Financial Status & Prosperity

Broom: Perhaps many of you are not aware that the broom present in the house is also considered a symbol of Goddess Lakshmi. This is the reason why brooms are considered a very important item from the economic point of view. In such a situation, the method of keeping the broom present in the house has also been mentioned in Vastu Shastra. According to this, the broom should always be kept in such a place where it cannot be seen by anyone. Keeping the broom standing is also considered a taboo. Apart from this, there are also rules related to the methods of sweeping. According to this, sweeping the house in the evening is prohibited. While sweeping, one should always follow the direction from inside to outside. The members of the households who do not follow these measures of Vastu Shastra have to face financial problems.

Pigeon’s Nest: According to Vastu Shastra, poverty comes handy in the house where a pigeon’s nest is present. Especially if a pigeon’s egg breaks in a house, then it is considered an indicator of the arrival of an economic crisis in the near future. In such a situation, keep in mind that no pigeon can make its nest anywhere in your house. If a pigeon makes a nest outside the boundary wall of the house, then it is not a problem.

Webs and Junk: Webs and junk are considered to be the biggest sources of negative energy in any house. Mata Lakshmi resides in the same house where cleanliness is maintained. She does not live in a house where there is dirt. If there is a junk item lying in your house or there is such a foul item, which you have kept for a long time to get it repaired, then either get it fixed as soon as possible or throw it out of the house. Never allow webs to be set in the house there. Due to the nets, the financial condition not only worsens and at the same time, the works made also start deteriorating.