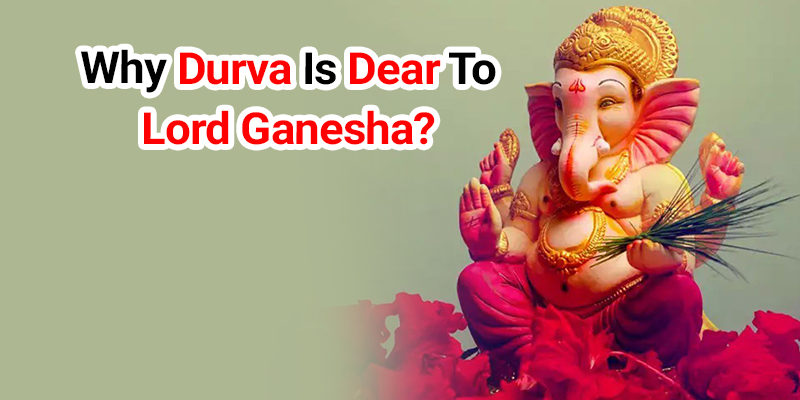 In Sanatan Dharma, Durva is considered very sacred during the worship of the Gods. Durva is mostly offered to all deities during the Puja, except Goddess Durga. Just like Bel Patra is considered important for the Shiv Pujan, Durva holds great significance during Ganesh Pujan, and his worship is considered incomplete without including the Durva.

All the information enclosed in this blog is written by learned Astrologer Tushar Joshi.

Durva Originated from Lord Vishnu During the Ocean Churning

The Secret of Durva’s Immortality and Purity

The Gods placed the vessel of nectar that emerged from the ocean churning on the same Durva. The Durva became immortal from the touch of the nectar drops that spilled from that vessel. No matter how many times you cut the Durva, its roots spread themselves in all directions.

All the deities worshipped the Durva using the below-mentioned Mantra, and since then, Durva is considered highly auspicious during the worship of the Gods.

It means: Oh Durva! You emerged out of nectar, and you are worshipped by both, Gods and Demons. You bless people with good fate and children and help in the completion of all work. Just like your branches spread across the earth, bless us with eternal children.

Why is Durva dear to Lord Ganesha?

Durva is dear to Lord Ganesha because:

However, Lord Shiva informed the Gods that only Ganesha can kill Analasura. Then all the sages and deities prayed to Lord Ganesha. This is when lord Ganesha swallowed this horrific demon. As soon as this egoistic and evil demon reached Ganesha’s abdomen, it started burning.

There is a ritual of offering Durva in Ganesh Pujan. The reason behind offering two Durva, also known as Durvadal, is:

It is stated in Shri Ganapati Atharvashirsha-

It means: Those who worship Lord Ganesha with Durva becomes just like Kubera.

For the destruction of all obstacles and fulfilment of wishes, Lord Ganesha must be worshipped with 21 Durvadal and Modak, etc. If possible, one must take the Durva with three or five Fungi. For this, tie 21 Durva with Moli and immerse it in water. Then offer it to the forehead of Lord Ganesha in such a way that its mild fragrance engulfs Lord Ganesh.

In some temples of Maharashtra, like the Sidhivinayak temple and Ashtavinayak, a garland made of Durva is offered to Lord Ganesha.

If it is not possible to get the Durva garland, you may tie 21 Durva with Moli and put a red hibiscus flower in it. Wear it on the head of Lord Ganesh. Ganesha is appeased with only two Durvadal as well. He is worshipped using Durva for the fulfilment of various wishes.

Contact Our Expert Acharya Tushar Joshi Ji to attain more information on Durva and its significance.