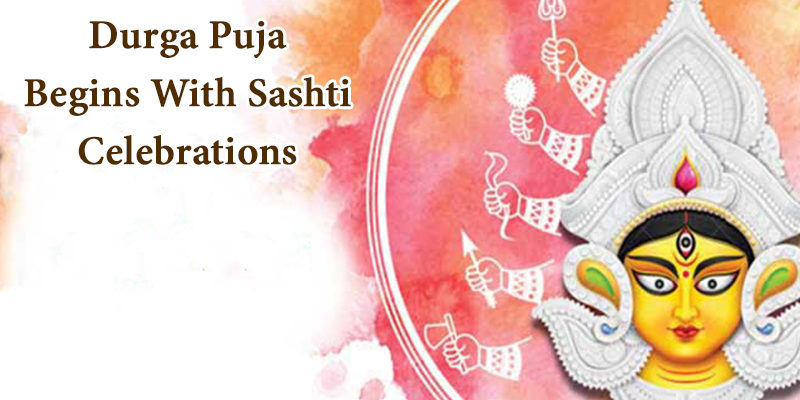 Durga Puja Celebrations take place massively in the states of West Bengal, Assam, Tripura, Jharkhand along with a few others. This auspicious festival takes place annually and has its origins in the Indian subcontinent. It coincides with the Sharad Navratri which lasts for 9 days. Infact, it is from the sixth day of Navratri that the celebrations of Durga Puja begin which is termed as Shasti.

During the festival, the natives are seen paying homage to the goddess Maa Durga. It marks the event of Goddess Durga killing demon king Mahishasur. According to Hindu mythology and beliefs, the Goddess leaves her heavenly abode and visits the earth during this time to shower blessings upon her devotees.

Before moving on to the significance of this festival, we would like to give away the dates of Durga Puja 2021.

Durga Puja 2021 : Significance of the Festival

Hindu mythology and scriptures find mention of a demon Mahishasura who had received the boon of immortality from Lord Brahma. This meant that no man or god in their power could kill or destroy him. Mahishasura wreaked havoc and started bullying all the Gods and Goddesses. So as to get rid of Mahishashura, all the deities came together and prayed. This very reason was the purpose of the creation of Maa Durga, to slay Mahishasura.

An actual fight took place between Maa Durga and Mahishasura which lasted for ten days. Goddess Durga finally slayed the demon king on the tenth day and put an end to his wrath. Ever since then, this day is celebrated as Vijaya Dashami, which marks  the victory of good over evil. On the very last day of Durga Puja, devotees immerse the idol of Durga’s idol in holy waters. This event is known as Durga Visarjan. Before the actual immersion takes place, worshippers carry out processions in large numbers which are accompanied by singing, dancing and also the beating of drums.

The very first day of Durga Puja is known as Mahalaya which marks the manifestation of the Goddess. Shortly, the celebrations and worship/Puja commence on Sasthi, the sixth day. This year, the Sashti Puja is carried out today i.e. the 11th of October. In the upcoming days, the various incarnations of the Goddess like Durga, Lakshmi, and Sarasvati are celebrated. The celebrations come to an end with Vijayadashami when worshippers carry out processions in large numbers which are accompanied by singing, dancing and also the beating of drums and it finally ends with the immersion of the Goddess’ idol in the holy waters.

This custom actually represents the departure of the Goddess to her actual abode and also to her husband/consort, Lord Shiva, who resides in the Himalayas. Grand mages of the goddess beside/riding a lion and also attacking the demon king are quite a spectacle to watch in various Puja pandals which will also be the case this year.

On the tenth day also, the event of Sindoor Khela takes place which is organised and participated by married women. They apply sindoor or vermillion over one another and pray for each other’s empowerment and the blissfulness of their married life.

Being the primary festivals of Bengalis, Durga Puja celebrations take place on a much wider scale in West Bengal. However, pretty much like last year, this year’s celebrations might be a bit off the grid keeping the Covid protocols in mind. Amongst all the other places of West Bengal, Kolkata remains the city who can win when it comes to Durga Puja celebrations. While the Durga Puja celebrations in the state are going on, you will bear witness to some of the country’s finest and most grand pandals here, which also include traditional Bengali delicacies, handloom and many others. Needless to stay, the city turns all  vibrant and beautiful during this time of the year.

These predictions are based on your moon sign. For a more personalized prediction, connect live with an Astrologer on call or chat

Signwise Tips To Appease The Goddess This Durga Puja

Also, to make this Durga Puja more special and bring in more prosperity to your life, these are some ways to appease the Goddess. Check them out now!