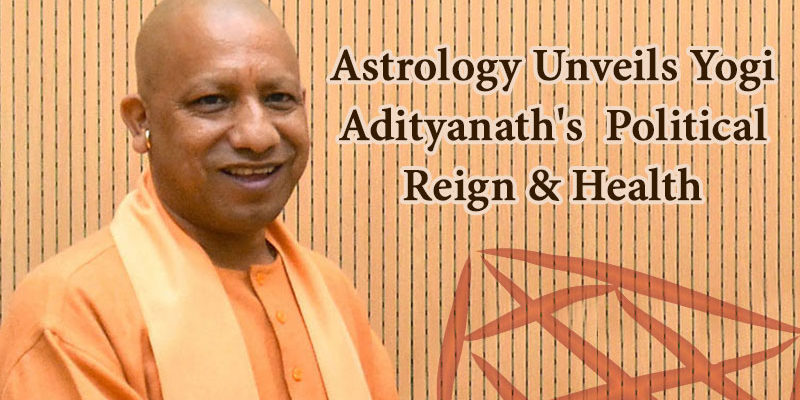 Uttar Pradesh Chief Minister Yogi Adityanath’s birthday is celebrated on June 05. On such a happy occasion, AstroSage delves into the world of astrology and reveals his fate in politics and health in the upcoming future by analyzing his Prashna Kundli. As everyone knows that Lok Sabha elections will be held in Uttar Pradesh at the beginning of next year i.e. in the year 2022, in such a situation, the next one year is going to be no less than a test for Chief Minister Yogi. So let’s now know the future of CM Yogi Adityanath through the Prashna Kundli as evaluated by our senior astrologer Acharya Mragaank without delay!

By analyzing the position of the above planets and nakshatras, it is known that this condition cannot be said to be favorable in terms of the health of Yogi Ji. Because the position of the planets and nakshatras is indicating that this time is revealing various signs of an increase in physical concerns for them, thereby resulting in suffering and physical pain for the CM Yogi Ji. In such a situation, according to our experts, Yogi Ji is especially advised to pay more attention to his health and remain careful in the coming times.

According to Yogi Adityanath’s Prashna Kundli, the position of the planets is also indicating that he will be able to make his religious image stronger in the coming times, the positive result of which will work towards earning him public favor as well as support.

The presence of several major planets in a strong position in the Prashna Kundli during this period is also indicating that Yogi Ji is going to be the center of attraction in the coming times, making some big announcements regarding law and order. Although his decision will be opposed by some people, some people will openly come forward in his support.

Apart from this, Shani Dev, the lord of the sixth house of the Prashna Kundli, will also be present in the Nakshatra of the eleventh house lord Moon. As a result, this position of Saturn and Moon will work towards increasing the popularity of Yogi Ji in the coming time. With this, he will also be able to give a befitting reply while defeating all his opponents and opposition at every step.

Since Lok Sabha elections are also to be held in the state next year, in that context as well, the favorable position of the planets will help Yogi Ji perform successfully in the elections, but he has to face some internal discord within the party. In such a situation, he is highly advised to prepare himself for every challenge from now on.

We hope that you must have liked this article of ours. Thank you so much for staying with AstroSage!