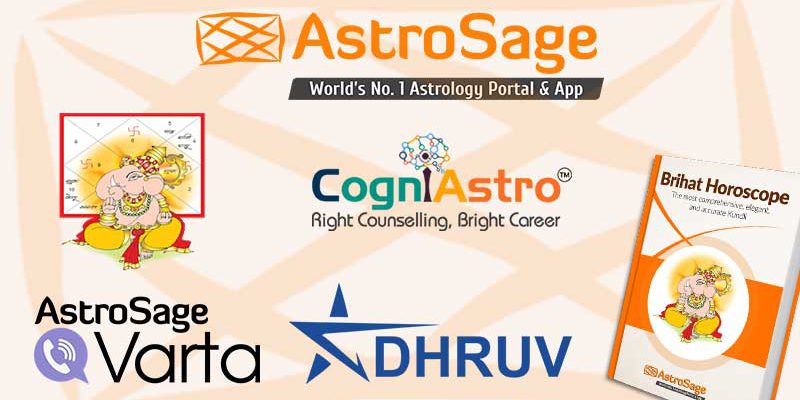 Some success stories, empowered with hard work and dedication, are silently written on the grounds of time that sometimes their unmatched power goes unnoticed. One such unheard tale is that of AstroSage.com.

Indeed, AstroSage.com’s success story becomes even more notable amid the ongoing outrage against China’s expansionist policies and then Indian Government’s subsequent ban on 59 Chinese apps. This is because the success tale of this 100% “Swadeshi” or “Local” startup is an exemplifying example for those newbies who pledge themselves in the hands of Chinese companies for finances and capital after climbing only the first ladder of success.

Your favourite website AstroSage is completely “Local”, that is, there is not even a single per cent of foreign-generated investment. But, it is a matter of pride for us and every Indian out there that despite this, AstroSage is and has been the most prominent portal in the world in terms of providing online astrology services in its field. AstroSage.com, operated under the commandment of Ojas Softech Pvt. Ltd., is a project which, in every sense, fully meets the true paradigms of the ‘Local’ for which PM Modi himself has appealed to be ‘Vocal’.

AstroSage is the largest brand of Indian astrology not only in the country but worldwide. Some figures also confirm this statement. For instance-

The reason behind AstroSage’s success is not only its well-equipped business strategies but national and social values. Our goal is to escalate and make aware of the scientific aspect of Astrology with the help of latest technology. It is to provide accurate information to the people and protect them from the subsequent fraud in the name of astrology. This is the reason that 95% of AstroSage’s services are free.

Actually, mentioning all these facts seems important today because most Indian startups kneed down in front of Chinese companies when it came to funds and investment as soon as they climbed the first step of success. From Paytm to BYJU’s, there are innumerable names who began chanting the “Local” mantra but found themselves helpless in front of the expansionist policies of Chinese companies since they needed capital investment and funds to move ahead. On the other hand, AstroSage followed the policy of “Ekla Chalo” and walked on the path of “Local & Swadeshi”, which was paved by none other than the beloved Bapu aka Mahatman Gandhi himself.

AstroSage slowly stepped on the path of development so that no Chinese-Japanese company could deter it. And in the meantime, the credibility AstroSage achieved was priceless! If you talk to any user who uses online astrology services today, then you will know that 99% of the people either use AstroSage or its app.

Even today when I look back at the story behind the conception of AstroSage, its astounding success amazes me and gives a reason to feel proud of. We began this company in the room of a small flat in 2008, for which the rent was divided between us and the other tenant. At that time, I had left “Sahara Samay”, and was confused with the choice between Television and News Channels. On the other hand, my younger brother Punit Pandey, who is the mastermind behind this company, was in America. In 2000, he had created the country’s first astrology software for Palmtop Computers.

At that time, a company was started with great ambitions but failed to survive due to several reasons, after which he went to America to build a career. But, Punit always had a burning desire within his heart to do something extraordinary on his own land. With this, we formed Ojas Softech Private Limited after I left Sahara. Pratik Pandey, our youngest brother, joined the company while pursuing his MCA. Punit was based in the US, supervising and upgrading astrology tools and software while managing this small astrology website on his own. After this in 2008, we took the leap and decided to operate the company commercially. Punit surrendered his Green Card and returned back to his motherland with dreams and hopes in his eyes to do something for his country. Within a year, hard work finally paid off and from that one small room, AstroSage shifted to a small office. After this, the office gradually grew in no time, and the staff increased as well. Adopting as well as adapting with every genre of astrology, AstroSage stepped up vigorously and sought new horizons for itself.

Today, AstroSage is among the few start-ups who are not only running in profit but are also full of unlimited possibilities, new initiatives, experiments and research in this field.

There is another aspect lurking behind AstroSage’s shining success. While Chinese companies have already invested in several Indian start-ups, AstroSage took a major decision and refused to be a part of it. Several occasions came when Chinese companies proposed an attractive investment deal, but AstroSage refused to seek Chinese Capital for expansion because we knew that by doing so, our decision-making power would be eclipsed by the Chinese Companies. There were difficulties on the economic front, but AstroSage overcame the lack of resources with other ways. In order to answer big investors, various services like ‘AstroSage Cloud‘, ‘Dhruv Astro Software‘ and ‘AstroSage Varta’ were launched. Even for people who aspire to choose the right “career” path as per their characteristics, AstroSage rolled out its new innovation “CogniAstro”.

Actually, the purpose of telling this story is that the slogan “Vocal For Local” is not merely a statement, as many startups are living by this principle. As far as AstroSage is concerned, its success story is incomplete without its users. So Thank You very much to all the users, who made AstroSage the largest and reliable astrological brand in the country and world. We hope that we will live up to your expectations and take this 100% Swadeshi brand to new heights.