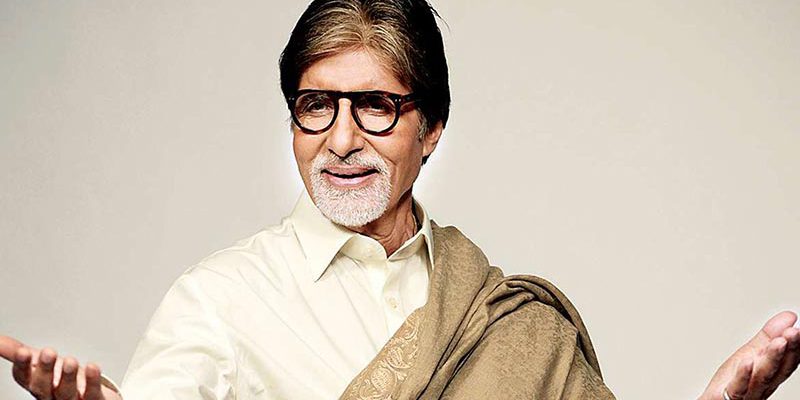 Amitabh Bachchan, who has been chosen for Dadasaheb Phalke Award for the year 2019, is the “Angry Young Man Of Bollywood” in Hindi Cinema, and has become a legend. Recently, he wrote on his official blog stating his intentions for retirement. Also, with KBC Season 11 coming to an end, it will be interesting to predict his comeback after his recent announcement regarding his plans for retirement.

The Mahanayak Of The Decade has won several national and international awards and earned major Indian recognitions such as Padma Bhushan based on his strong acting abilities and glorious stage skills. Currently, on October 11, he has turned 77 years old and even now occupies the highest pedestal of the Indian film industry. Recently, he had to visit Nanavati Hospital in Mumbai, where he received treatment regarding his liver.

Although nothing was clear about the reason of the visit, but according to the statement given to a private TV channel, AB suffers from health diseases like Tuberculosis (TB) and Hepatitis B and about 75% of his liver is defective. One of the greatest actors in the Indian film industry, Big B i.e Amitabh Bachchan has millions of fans and followers on Twitter, who wish him good health and longevity. In this sequence, after analysing the horoscope of Shri Amitabh Bachchan, we have tried to decode his upcoming future along with opportunities and hurdles coming in the way. 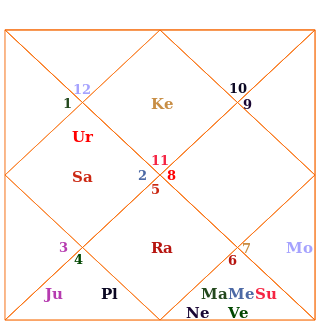 According to the information we received, Amitabh Bachchan was born on 11 October 1942 at 4:00 PM in Allahabad. His father is the famous Hindi litterateur Harivansh Rai Bachchan and mother Teji Bachchan. His childhood name was Inquilab, which was later changed to Amitabh by the famous Hindi poet Sumitranandan Pant. He is married to Jaya Bhaduri, a famous actress in the Indian film industry, and they have two children together, Shweta Nanda and Abhishek Bachchan. Abhishek Bachchan is married to the former world-beauty Aishwarya Rai.

Apart from being a world-class actor, Big B has also ventured into film-making and is a playback singer as well as a TV presenter. He has remained an elected member of Parliament between 1984 and 1987. In the popular and loved television show KBC or Kon Banega Crorepati, he has attained worldwide attention for his impeccable hosting skills and established himself as one of the greatest hosts on Indian Television.

He started his acting career as one of the seven actors in the film “Saat Hindustani” and became the biggest superstar with time. He has worked in innumerable great movies of all times, some of them being Anand, Parwana, Reshma and Shera, Zanjeer, Roti Kapda Aur Makaan, Trishul, Shakti, Amar Akbar Anthony, Hum, Muqaddar Ka Sikandar, Sholay, Silsila, Mr. Natwarlal, Lavaris, Cooli, Kabhi Khushi Kabhi Gham, Mohabbatein, Bhagban, Khakee, Black, Pink, Piku, and much more, and established himself as a dependable actor.

Amitabh Bachchan has received many prestigious awards in his career, including the Padma Bhushan and Dadasaheb Phalke Award, and won three National Awards as well as twelve Filmfare Awards. He has very often received the Filmfare Award for Best Actor in his career. With him receiving a wide range of recognition and awards, his image in the society, as well as a fraternity, appears to be good. This is because he has also worked with the government on the Polio Eradication Campaign, and talks regarding the Anti-Tobacco campaign is going on.

In addition, he was also appointed as UNICEF’s Goodwill Ambassador for HIV, AIDS and Polio campaigns. After such great achievements, people are demanding to crown him with honorable awards like Bharat Ratna. Although it doesn’t seem like a big deal as per planetary positions, yet they will have to face several challenges as many are competing for this award. We can definitely say that the planetary placements in his kundli are strong enough to fetch him a national award in the coming future. Talking about Bharat Ratna, then the chances of getting it are up to fifty per cent.

If we look at the current planetary position, then the planet Moon is undergoing its sub sub-period or Antardasha in Venus till January 2020, and Saturn transit is taking place in the third house from his sign, which is the fourth house form his sign, and twelfth house from Lagna. Due to this, he may suffer from several physical problems. Therefore, he will have to remain very cautious regarding his health, as it can affect his work as well.

Due to the position of Venus, he may rule the Indian Film Industry for a long time, and will also be known as the most hardworking artist among his peers and competitors. The combination of Venus, Mercury and Mars makes him a better artist and the position of Saturn helps him make progress regarding his work and attain praise from the public. At the same time, Dev Guru Jupiter adds charm to his voice. All of these elements combined along with the presence of Ketu in Lagna strengthens his mysterious personality, due to which he attains high success in Bollywood. Some of his upcoming films are Brahmastra, Gulabo Sitabho, Jhund, Chehre and Hera Pheri 3.

Due to the Dasha of Venus, his performance in these films will also get a lot of praise. Venus, which is the benefactor of acting, along with Mercury, which is also forming the Neech Bhang Raj Yoga, and Mars and Sun, which provide him with a strong will-power, helps him succeed in his endeavors and become a better artist. He will attain desired outcomes due to the favourable conditions derived from Venus Dasha. He will be further seen working proficiently and delivering some good performances in the film industry right now.

Kaun Banega Crorepati was introduced in India with the great Amitabh Bachchan as its host, which became quite famous with his main opening line, “Ladies and Gentlemen” or “Deviyon Aur Sajjano”. This year too, he got an opportunity to work in it, and as expected, gave it his best just like before.

If we talk about the year 2020, then one thing to keep in mind is that the first choice of the makers will be Amitabh Bachchan, although his health will play an important role in this. Also, if he is successful in maintaining a good health, then the people of India will be able to sit on the hot seat opposite Amitabh Bachchan in the next season of KBC as well. From 24 January 2020, he will undergo the Dhaiya of Kantak Shani, which will prove to be an important time, as he may have to struggle with health problems, which will highly impact his work. However, he has spoken his thoughts about retirement in a recent official blog post, due to his current health conditions and physique. As per his words,

“I must retire .. the head is thinking something else and the fingers another .. its a message ..”

Yet, he is likely to attain big achievements and recognitions in life. Amitabh Bachchan’s kundli is the most accurate example of how fruitful can favorable planetary conditions prove to be in life. In the past, politics never garnered him desirable outcomes, which is why staying away from this genre is the best idea. In fact, he should take up playback singing and sing more songs in the future, because planetary dashas show major success in this field. May God bless him with good health and make his life soothing and successful.

Amitabh Bachchan is titled as the “Legend” in Hindi Cinema. We pray for him to God and wish that he performs exceptionally well in his field, delivers aspiring performances and gets blessed with good health and longevity