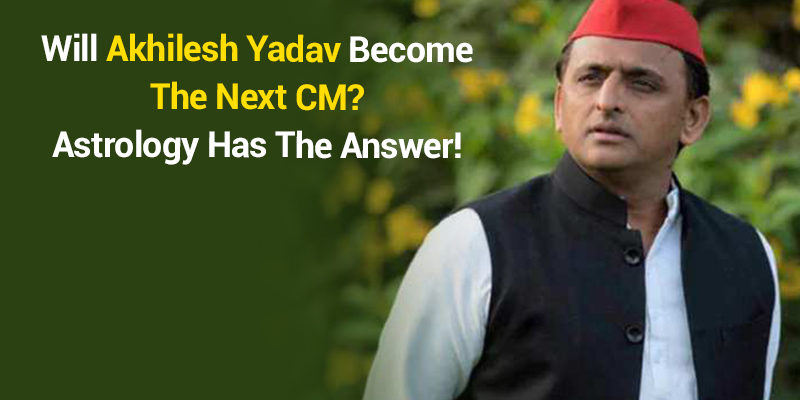 Akhilesh Yadav’s birthday falls on 01 July. Akhilesh Yadav is currently the leading face of Uttar Pradesh’s opposition. In such a situation, with the help of astrological predictions, let us try to know how his coming time is likely to be, but before that let us take a look at Akhilesh Yadav’s journey so far.

Akhilesh Yadav : His Journey So Far

The first problem faced by the child of any well-known person is when he starts being compared to his father. There are very few people who can overshadow the prowess of their fathers in the same fields and Akhilesh Yadav leading the opposition of the country’s largest state Uttar Pradesh is one such person.

Akhilesh Yadav was born in the year 1973 on July 01 in the house of Mulayam Singh Yadav, who is called Netaji in the politics of Uttar Pradesh. Early education took place in Etawah. Then got enrolled in the Military School of Rajasthan. Growing up, he got an engineering degree from JayachamaRajendra College of Engineering, Mysore and then was sent to Australia for further studies. There and then, Akhilesh did his Masters in Environmental Engineering from the University of Sydney.

Despite being so educated, the whole of Uttar Pradesh and Akhilesh Yadav himself knew that he could never stay away from politics. This is the reason that when Akhilesh came back to India soon after finishing his studies abroad, he joined his father’s party and the party which followed the ideals of Dr. Ram Manohar Lohia, SP.

Akhilesh contested his first by-election from Kannauj in the year 2000 and won. After this, he was also victorious in the Lok Sabha elections in 2004 and 2009. In 2009, he contested from two constituencies, Kannauj and Ferozepur. The interesting thing is that Akhilesh was victorious in both the seats. However, he later gave up the seat of Ferozepur and confined himself to Kannauj. After this, the Samajwadi Party won a big victory in the 2012 assembly elections and at the age of 38, Akhilesh Yadav became the youngest Chief Minister of the country’s largest state.

In the recent small elections, the Samajwadi Party has done wonders, that too without the big road shows and fanfare that is normally seen. Someone asked me what is the future of Akhilesh Yadav in Uttar Pradesh elections. I took the number 224 and below is the horoscope:

In Akhilesh Yadav’s horoscope, the Moon is present in the Nakshatra of Jupiter. It is also in its sub. Moon is the lord of 6th house in Akhilesh’s horoscope. The chart is correct. Jupiter is in the twelfth house which is also known as the house of losses. However, Jupiter is the lord of their benefic house i.e. the eleventh house.

The Moon is in its own sub-nakshatra and is situated in the first house. It represents houses 1,6,12,11. The Moon is in the sign of Saturn which is transiting in the 11th house. Mercury is aspecting the tenth house which is the conjunction of Rahu. Mercury is the lord of the fifth house.

Certainly this position of Akhilesh’s horoscope shows that his party will benefit a lot due to his strong fortune in the coming times but there is a high possibility that this advantage of his will prove to be in vain because Akhilesh will be in the future. The chances of it succeeding in changing the recent political landscape of Uttar Pradesh are slim.

There is a strong connection with the eleventh house in his horoscope through star lord and zodiac lord which will bring him a lot of name and fame in the coming times but here Saturn is the lord of 12th house so 12th house is equally strong. Hence, progress will be less useful to him.

Lastly, many many wishes to Akhilesh Yadav on his birthday. May they be healthy and keep serving the society, this is our wish. Thank you!

Phone/chat facility is available to talk to Acharya Raman ji. Give Him a Call Now!