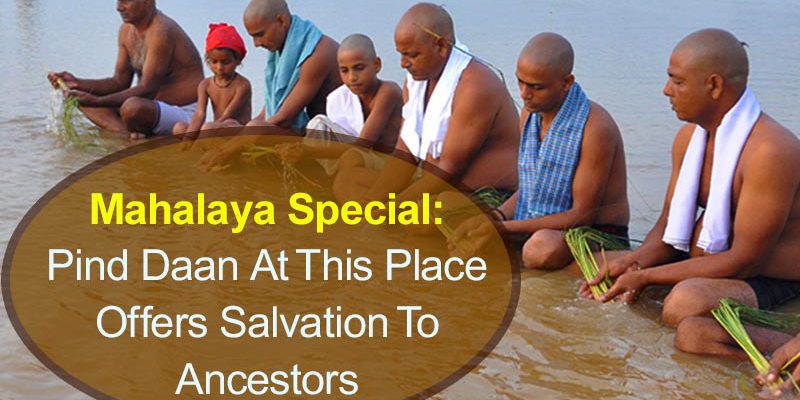 As you all know that Mahalaya. Also known as Pitru Paksha or Shradh Paksha, has begun from 13 September. According to Hindu beliefs, the act of Tarpan and Pind Daan is carried out during these 15 days of Mahalaya and considered significant. It is believed that performing the Shradh of ancestors during Mahalaya or Pitru Paksha helps them to attain salvation or Moksha. Today, we are going to shed light on a special place where seven generations of ancestors can attain salvation by performing Pind Daan.

It is considered beneficial to perform the Pind Daan ritual, especially near the banks of a holy shrine or holy river during Mahalaya. One such holy river is Falgu river, where the ritual of Pind Daan when performed helps to liberate the seven generations of ancestors. It is said that by performing Tarpan near the banks of this river during Mahalaya helps to pacify the souls of the departed and attain habitancy in the Vaikuntha Lok.

Since ancient times, there is a provision of performing Pind Daan and Tarpan in Hinduism for the souls of the ancestors and forefathers. It is believed that by performing such rituals during Pitru Paksha, one attains their blessings and well-wishes. Talking about the Phalgu river, it emerges from the Palagu river in Jharkhand, flows through the Gaya in Bihar and merges with Ganga.

According to a legend, Phalgu river was cursed by Goddess Sita, due to which even to this day the Falgu river flows under the sand in Gaya. It is believed that by performing the sacred ritual of Pind Daan here, the souls of seven generations get freed from the constant cycle of life and death. Therefore, visiting Gaya among all sacred places in India is considered significant. With the help of Pandas or Pandits present here, the ritual of Tarpan and Pind Daan is performed.

However, you should also visit Gaya during Mahalaya to perform the ritual of Pind Daan for your ancestors. Mahalaya has already begun from September 13, and will last till September 28.