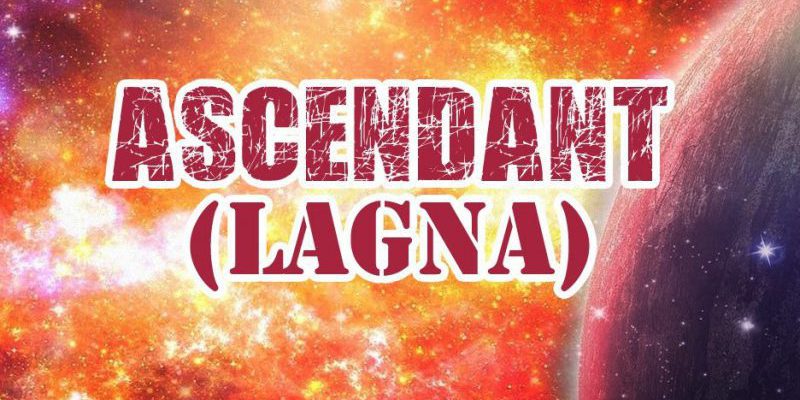 Hindus are considered as the originator of  Vedic Astrology, since the word came from “Rig Veda”, (an ancient Hindu Veda). This matter is distributed amongst 12 houses in Vedic Astrology. The First House in Astrology is frequently known as “Äka”, “Ascendant”, “Lagna” or “Tanu Bhava”. The whole lifespan of an individual depends upon the “Lagna”. Major parts of our life are ruled by the Ascendant. The Lagna has been described in various ways such as:

The First House represents the beginning of life, childhood, health, environment, personality, physical stature, character and general strength of any horoscope. The Lagna also represents the native’s position in life. It is considered to be the most prominent house due to its inter-connectivity with other houses. A person is entitled to achieve success and failure depending upon strong and weak Lagna and its association with other houses. Ascendant or Rising Sign arises where the first beginning star shines. Zodiac sign seen at the eastern horizon on the birth of a child is considered as First House of the horoscope. If you have life then only you would be either blessed or cursed.

From the Classics of Astrology

There are 33 karakas for First House and mainly body parts, hair, happiness, fame and disease-free body are important.

First House is basically the house of “Self”. That means it represents body and physical appearance. It represents our upper part of the body like face structure, features, head, mind etc. It is governed by Aries sign in Kaal Purush Kundali. The natural ruler of this sign is Mars.

Satyacharya says that First Bhava indicates good and bad results, infant mortality or problems arising in childhood, sad and happy moments, and residence in the country or foreign land.

Name, fame, reputation in the society are seen through Lagna. Higher learning, higher studies, long journeys, life in hostel while studying, connection of children with strangers and foreigners (especially with first child) is judged through Ascendant.

Bhattothpala says in “Prasnajnana” that birth, health, happiness, virtues, suffering, one’s form and complexion, age and longevity must be investigated from First House.

In Mundane Astrology, whole country is considered as an Ascendant, which signifies the people, state or locality for which the horoscope is being casted.

In Horary Astrology, First House represents the “Querent” (The person asking the question).

Inter-Connectivity of First House with Other Houses

The other significations of First House can be correlated with other houses. It represents the loss of family wealth also. If you are consuming your family wealth in order to make yourself fit and fine, that indicates you are losing your wealth. It also points out to your health. Hence, you may use family wealth for treatment as well. It basically represents the hospital bills, court fees and additional expenses. It is the house of gain for your siblings and own self through your skills, efforts and  communication.

First House as per Lal Kitab

In Lal Kitab, First House is called “Throne”. If any planet occupies space in the Lagna bhava, it will first harm its inimical planet and later on move its position to deliver results accordingly. Let’s suppose if any inimical planet is transiting in the First House. It will first destroy its enemy planet or will decrease the effect of the same.

Hence, First House is valuable and essential as it represents ourselves. How we are representing ourselves to the outer world, our “do’s” and “don’ts” and reaction towards daily routine tasks are being notified through the First House of the horoscope.