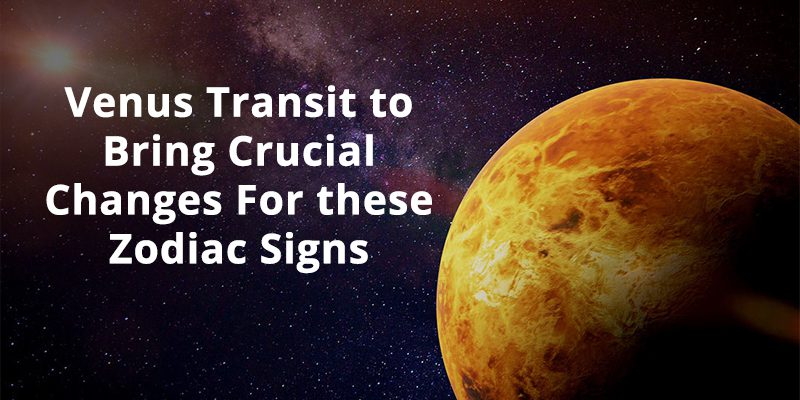 Venus Changing Places on 29 February. Find out which major changes will grace your life under the influence of this transit.

On 29 February, at 01 :03 AM in the morning, the planet Venus will move from its exalted sign Pisces and move into the zodiac sign Aries. The same sign also comes under the governance of Mars.

Want Instant Solutions For Your Problems? Ask a Question Now

As per Vedic astrology, the planet Venus is considered to be a very beneficial planet. It is the primary governor of materialistic pleasures and love. It has been said that Venus’ positive status in anyone’s horoscope will beget him/her all the worldly comforts like home, car, expensive clothes etc.

However, one’s marital life lacks spark and his/her general life also falls short of all kinds of luxuries, when Venus is negatively placed in the Kundli. Such natives also have high chances of developing some serious health conditions.

Know What The Year Has In Store For You: Personalized Horoscope 2020

Nevertheless, let us have a look at how this particular transit will influence the lives of natives belonging to all the 12 zodiac signs.

For the first sign of the zodiac circle Aries, Venus happens to be the ruling lord of your second and seventh houses and its transit will take place in your first house, which is why you will remain under…. Read More

The planet Venus is the ruling Lord of your sixth as well as your ascendant house. Zodiac lord’s transit is capable of garnering specialised results, which is why this transit will prove to be very…..Read More

For the zodiac sign Gemini, the morning star Venus is the ruling Lord of the fifth and twelfth house. During its transit duration,the planet’s presence will be witnessed in your eleventh house. Under the endowment of Venus, you will remain at the…..Read More

For the sign registered under the zodiac circle, the planet Venus is the ruling Lord of your fourth and eleventh houses. During its stay in Aries, the evening star will move through your tenth house and henceforth bring many changes to your life. The tenth house is taken into account as the house of…Read More

The planet Venus is the ruling lord of the third and eleventh houses for Leo natives. During its stay in the Aries zodiac sign, this evening star will move through your ninth house, which is also known as the house of luck and fortune. During this particular transit, Venus will be……. Read More

For the natives of Virgo, Venus is the ruling lord of your second and ninth houses. During this transit duration, the morning star will move to your eighth house, which represents the uncertainties and sudden events which are yet to grace your life. When the planet Venus changes places, your…… Read More

For your zodiac sign, Venus is the ruling lord of your seventh and twelfth houses. During its stay in Aries, the bright morning star will be moving through your sixth house. Now, the transit of Venus into your sixth house will not prove to be much favourable for you, which is why you should…..Read More

For the natives belonging to the ninth sign registered under the zodiac circle, the planet Venus happens to the ruling Lord of your sixth and eleventh houses. During its transitory motion, the morning star will be seen taking house in your fifth house, which can be taken into account as the……Read More

For Capricorn natives, the morning star Venus is the ruling Lord of your fifth and tenth houses and during its stay in Aries, the concerned planet will move to your fourth house. Venus plays the role of a Yogakaraka planet for you, which is why its transit transit has some…… Read More

For the zodiac sign Aquarius, the planet Venus happens to be a Yogakaraka planet and it is the ruling Lord of your fourth and ninth houses. For the same reason, the transit of Venus into your  third house will bring some crucial changes…..Read More

For the last sign of the zodiac circle Pisces, the morning star Venus happens to be the ruling Lord of your third and ninth houses. During its transit duration, its presence will be noticed in your second house. The Second bhava is also known as the house of…..Read More