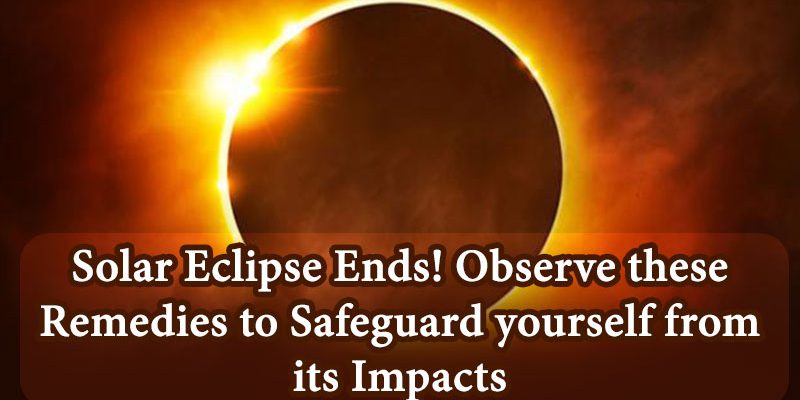 The annular Solar Eclipse which occurred on 26 December 2019 has come to an end now. The eclipse’s visibility lasted until 11 AM in India, which is also known by the name of Kankar Surya Grahan or eclipse. Apart from India, this eclipse was also sighted in East Africa, Asia, Eastern Europe and Northern and Western Australia. The solar eclipse which has already occurred is also given the status of Maha Surya Grahan as it creates a unique coalescence after 296 years. During this Solar eclipse, five planets namely Sun, Moon, Jupiter, Saturn, Mercury and Ketu remained posited in the Sagittarius zodiac sign. This is a unique coincidence which has not been witnessed by at least three generations. Apart from this, Rahu’s influence also led to the Mahasayoga or major conjunction of seven planets. Furthermore, four planets namely the Sun, Moon, Mercury and Jupiter are located in their aboriginal constellation, due to which this grand alliance of planets becomes capable of engineering major breakthroughs .

Interestingly, this rare combination of six planets in Sagittarius, during a Solar Eclipse will now be formed on 9 January 2578, which will come exactly after 559 years. During that time Sun, Mercury, Jupiter, Saturn, Chandra and Ketu will be in Sagittarius and the Solar eclipse will get formed along with the aspection of Rahu.

The impact of Solar eclipse varies for all the 12 zodiac signs, which we have already discussed in our previous articles.

However, the conclusion of Solar Eclipse does not mean that its impact has also come to an end. The effect of solar eclipse usually lasts for two weeks. So according to the previous statement, the effect of this solar eclipse will remain potent until 10 January, 2020.  In such a situation, it is necessary to take the necessary measures to remove the negativity after the eclipse.

Remedies to reduce the Impact of Solar Eclipse

Make Donations as per your Zodiac Sign after the Eclipse

We hope that with the successful implementation of the suggestions, you will be able to get rid of the negative effects of solar eclipse. Significantly, the next solar eclipse will occur on June 21 in 2020.

Stay safe and do not let negative effects of solar eclipse affect you. Have a prosperous New Year. AstroSage wishes you all the very best for your upcoming year!!