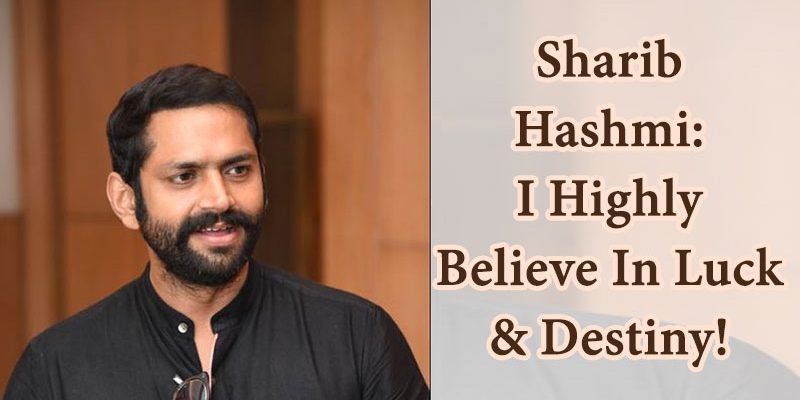 Actor Sharib Hashmi has now become a household name in the world of Hindi Cinema with the exclusive web series ‘The Family Man‘. Active for the past eight years, he has starred in several famous movies such as Jab Tak Hai Jaan, Nakkash, Filmistaan and much more and will be soon seen in an important role in the film ‘Darban’.

Will your life take turns like Sharib Hashmi? Raj Yoga Report reveals it all!

Sharib Hashmi is one of those actors who made a late entry in the Hindi Film industry but managed to create an impact with his impeccable acting skills. The whole story of Sharib Hashmi opting for acting as a profession and staying for so long is no less than a Hindi drama film, and the story about his personal life reinforces his confidence in luck.

Sharib Hashmi: From Ordinary to Extraordinary!

I believe a lot in luck and destiny. I believe that it was my sheer luck that gave me ample opportunities or there isn’t any scarcity of talent here. Then, the way I came into the industry also boosted my confidence in luck. My father was a film journalist. Many artists used to come and visit my house. I used to go to film parties i.e. my one foot was always in the film world.

From the very beginning, I wanted to be an actor, but my looks and body shape do not justify the image of what we call a Hero. with all these thoughts, I wasn’t able to muster the courage. Then I got married at the age of 27, took over the family responsibilities and went far away from my dream.

However, I thought at the age of about 32-33 years that not even trying a bit for my dream would not be acceptable, as I won’t be able to forgive myself for life. With my wife supporting me and my decision, I decided to quit my job and try my hand in acting.

What does this year hold for you? AstroSage Yearbook is your key!

But there is a big reason for Sharib to believe in luck, who made his destiny shine in Bollywood through his Karma. He says, “I struggled for three years, but couldn’t really make an impact. Disappointed, I went back to working again because I needed money to run my house. Yes, I was satisfied with the fact that I at least made an effort rather than just day-dreaming.

But it was only three or four months since I had started working when I suddenly got a call from Yash Raj Studios for the film “Jab Tak Hai Jaan”, for which I had auditioned a long time ago. Akshat Kapil was Yashji’s assistant and reminded Yashji about me. Interestingly, the actor who was first selected for my role was very handsome and the director felt that it was not justified to put another handsome hero in front of the megastar like Shahrukh. That is, the look which I considered to be my weakness became my strong point.

At the same time, I was cast for the film Filmistaan, but the dates were colliding with Jab Tak Hai Jaan. As a result, I had to leave the film, and someone else was chosen to play the lead role in Filmistaan. But it was my sheer luck as well as a coincidence that the director and the actor didn’t get along. Finally, Director Nitin Kakkar decided and said that he would do the film with me. He convinced the producers to wait for a few days. That is, the two films that slipped away from my hands came back to me itself, and it cannot happen unless luck is highly favouring me.”

Is Shani hindering your success? Shani Report has the answer!

Sharib believes in luck, planets and nakshatras, but has he ever sought the help of an astrologer? Or did he ever think of changing the spelling of his name? When asked, Sharib says,

I certainly believe in planets and nakshatras, but have never gone to an astrologer. But I believe that my luck played a huge part in my imminent success.

I remember that I had read an interview with famous Hollywood actor Robert De Niro. In that interview, he was asked how he feels when he looks back at his career. In response, Robert De Niro said that I consider myself very lucky to have such opportunities and roles.

Sharib firmly believes that there is no shortage of talent and only those people who work hard and put in efforts get the support of luck and achieve desired success. However, it is interesting to know how Sharib deals with the disappointment and frustration in case any of his films flop or his work is not appreciated. Sharib says, “Family and close friends give you strength in times of frustration. Personally, my wife Nasreen is very supportive in my moments of despair. To be fair, my wife has been entirely supportive throughout my career journey, and without her, this journey was not possible.”

Sharib Hashmi has now his hands full with some good projects and will soon appear in some selected web series. What does success mean for him? Sharib says, “Good sleep at night, enough money to run a house graciously and freedom to do the kind of work you want, this is Success for me. And according to my definition of success, I consider myself successful today.”