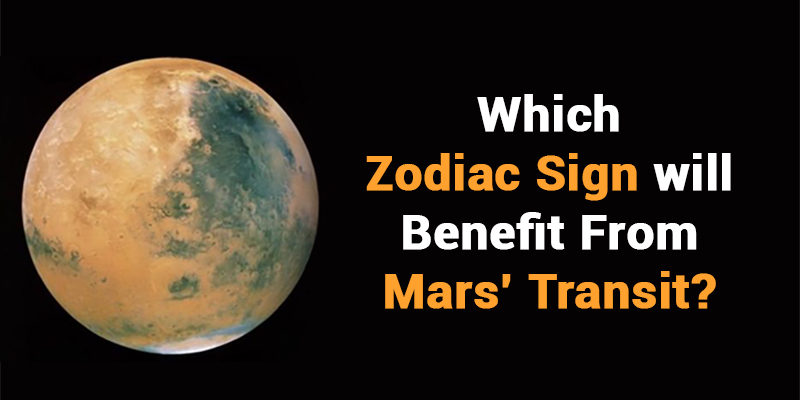 The planet Mars is considered to be cruel and malefic in the domain of Vedic astrology. It has also been given the status of commander-in-chief of all the Navagrahas. For your information, the planet Mars communicates in one zodiac sign for at least 45 days. During this, the same impacts several aspects of all twelve zodiac signs.

All the major events of our life are dependent upon the movement of planets. It is firm that these planetary movements decide highs and lows of one’s life and leave an impact on different aspects.

Talking about the last transit of the year, Mars will enter its own zodiac sign i.e. Aries from its friend Jupiter’s ruling sign, Pisces on December 24, Thursday at 11:42 AM. Mars is considered to be the ruling lord of Aries and Scorpio. In this pretext, let us see how this transit is going to architect your life.

The auspicious and inauspicious position of Mars impacts life on a greater level. If we explain through the example, Mars is considered to be a benefactor of earth benefits, good relations with siblings, jobs etc. while the inauspicious position of Mars makes a person devoid of confidence and courage. Although there are some straight and simple remedies in Vedic astrology owing to which, you can avoid the ill effects of the planet Mars.

Let us read the horoscope as per zodiac signs and know at what level this transit of Mars impacts our lives.

Mars is the seventh and twelfth house lord of your zodiac sign. The seventh house is the house of long-term partnerships, businesses, import-export, reputation and image in the society, public image, marriage and spouse…Read More

Mars proves to be an important planet for your zodiac sign, because it acts as a Yogakaraka planet due to being the ruling lord of your Trikona and Kendra house and is capable of forming the Raj Yoga…Read More

For the natives of Leo zodiac sign, Mars is the ruler of the ninth house of luck and fortune, which is also a Trikon Bhava and fourth house, a Kendra Bhava, thereby acting as a Yogakaraka planet…Read More

Mars is the lord of the third and eighth house for your zodiac sign. Both these houses are not considered favourable…Read More

For the Libra zodiac sign, Mars is the lord of the second and seventh house. The second house is considered to be the representative of wealth, family, speech, eating habits and called as the Marak Bhava…Read More

Mars is the lord of the fifth and twelfth house for Sagittarius natives, and will transit in the fifth house in this duration…Read More

Watch Our Exclusive Web Story on Mars Transit in Aries

For the Aquarius zodiac sign, Mars is the lord of the third and tenth house. It shows that you can work towards strengthening your professional life with the powerful influence of Mars…Read More

For Pisces natives, Mars is the lord of your second and ninth house and will enter your second house in this transitory period…Read More